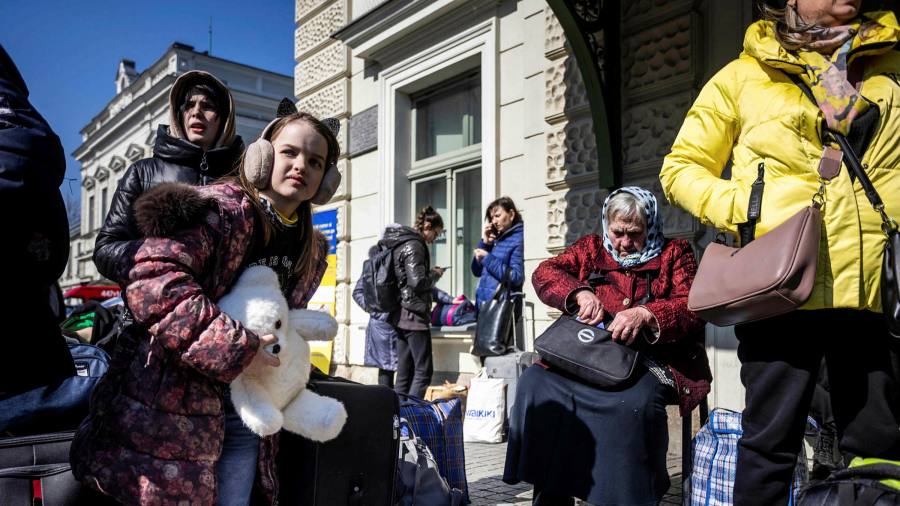 EU member states are braced for demands for extra money from Brussels as the EU budget comes under significant strain from the war in Ukraine, the refugee crisis and rising inflation, diplomats from the bloc say.

The European Commission has used most of its budgetary room for maneuver after a series of unexpected demands on the bloc’s latest seven-year budget, EU diplomats told the Financial Times.

These include helping member states cope with the arrival of millions of refugees from Ukraine, the need to plan for a possible global food crisis prompted by the conflict in a country known as “Europe’s breadbasket”, and the costs of rebuilding Ukraine after the war.

Rising inflation, which hit 7.4 per cent in April in the eurozone, is also eroding the EU’s firepower. The budget plans for spending more than € 1tn over the seven-year period.

As a result, officials have begun to discuss whether member states will need to chip in extra cash, potentially running into tens of billions of euros to top up the budget. This could be done either as contributions to the budget for specific purposes, or via reopening the entire 2021-27 budget.

The latter idea was floated by the commission in a meeting of EU diplomats last week, according to those present, but in the narrow context of seeking ways to fund the Ukraine reconstruction. The EU planned € 9bn in loans to Kyiv to fund day-to-day spending would rely on member states agreeing to underwrite borrowing.

The EU’s extra needs could go beyond Ukraine reconstruction funds.

The idea of ​​reopening the MFF (multiannual financial framework), which was settled only in 2020, triggered pushback from some member states in the meeting on Wednesday given the political chaos that such a move could trigger, according to some of those present.

An EU diplomat said: “The EU budget is under strain. But the commission will need good arguments to convince member states to increase the MFF. They would also have to prove that the shift of budgetary priorities is accompanied by economies in spending areas of lesser priority. Serious discussions have been avoided until now but we are expecting them. ”

Another called for the commission to cut spending before asking for more money.

“Member states have eaten into their reserves already in order to head off the consequences of Covid. The commission would be shooting itself in the foot by starting a discussion about opening up the MFF now, ”they said.

“With the impact of sanctions looming over our own economies, member states are reluctant to start writing checks.”

Many governments would prefer to fund commitments to Ukraine from their national budgets.

Any new MFF settlement would require the unanimous consent of the member states, something that is rarely easy to obtain, and approval by the European parliament

Germany, the largest EU economy and a key contributor to its budget, has already publicly called for member states to rein in spending.

The EU needed a “long-term reliable path towards reducing state debt. . . In terms of our ultimate goal we should become tougher, not softer “, finance minister Christian Lindner said in an interview.

Another EU diplomat said: “There are worries about the EU budget framework.” They added that heads of state were likely to discuss this at summits on May 30 and June 23. “The overall situation needs to be dealt with at a higher political level.”