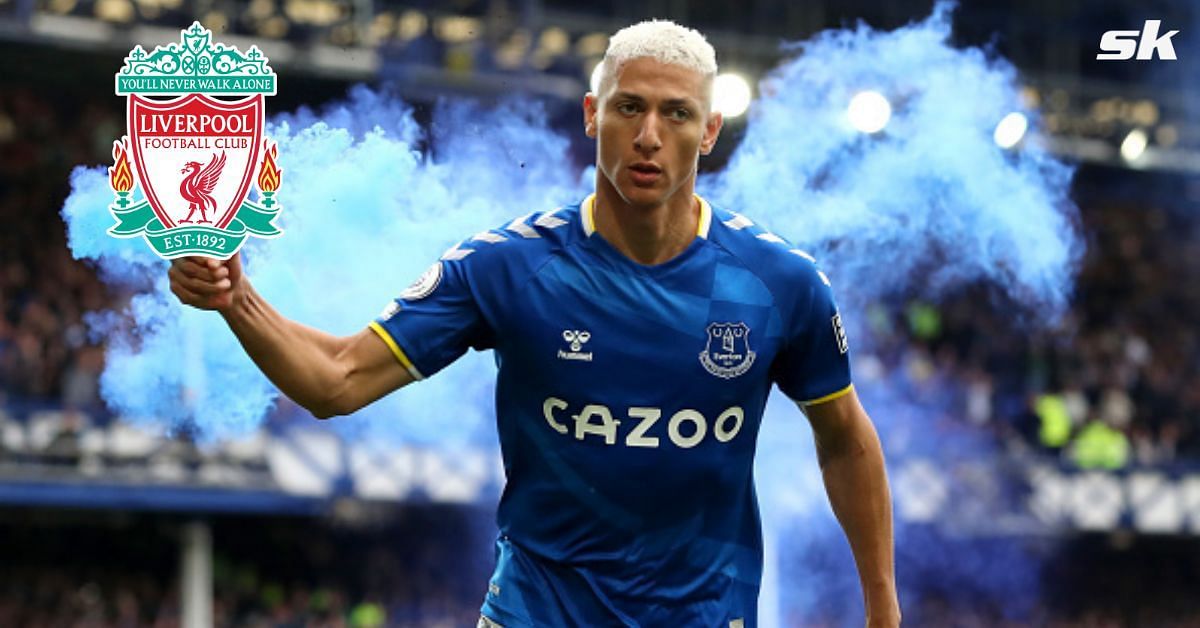 Everton forward Richarlison has taken a cheeky dig at Liverpool after they failed to clinch the Premier League title on a breathtaking final day of the season on May 22.

The Reds secured a 3-1 comeback home win over Wolverhampton Wanderers but their efforts were futile as Manchester City completed an even more dramatic 3-2 home win against Aston Villa.

Richarlison took to his official Twitter handle to take a jab at the Reds’ failure by posting a gif of Thierry Henry smirking.

Everton and Liverpool share a deep city rivalry and usually take delight in each other’s failures.

The Toffees themselves secured their top-flight status when they came back from two goals down for a 3-2 home win against Crystal Palace on Wednesday.

Liverpool came into the final day with the hope of winning a quadruple but they did not have their destiny in their hands. The Reds needed to secure maximum points at home, while hoping that Manchester City would drop points at the Etihad.

Things got off to a horrible start at Anfield when Pedro Neto put the visitors ahead in just the third minute but Sadio Mane drew his side level 21 minutes later.

Mohamed Salah stepped off the bench to put the hosts ahead while Andrew Robertson made sure of the result in the 89th minute.

Manchester City and Liverpool have been by far the most dominant sides in the Premier League and the two sides went head-to-head until the final day.

City held a marginal one-point advantage heading into the final day and needed a victory to guarantee a fourth league crown in five years.

Things did not go to plan when Matty Cash put Aston Villa ahead before halftime before Philippe Coutinho made it 2-0 with a smart finish in the 69th minute.

At the time, the Reds were still level with Wolves, meaning the defending champions still held the advantage in the title race.

However, Manchester City have proven their mettle on several occasions and substitute Ilkay Gundogan stepped off the bench to inspire a quickfire turnaround.

A deserved guard of honor for Divock, complete with a hug from the boss 🤗

A deserved guard of honor for Divock, complete with a hug from the boss 🤗 https://t.co/KuQ5PXmV6W

The Germany international halved the deficit in the 76th minute with a powerful header. Rodri drew Guardiola’s side level two minutes later with a well-placed shot from the edge of the box and Gundogan was in the right place at the right time to complete the turnaround in the 81st minute.

All three City goals came in the space of five minutes and marked the first time the club had come from two goals down to win a Premier League game since February 2005.

Although Liverpool ultimately failed to clinch the title, it takes nothing away from what has been a spectacular season for the Reds. Jurgen Klopp now has to channel his energies to make sure his wards are well-prepared for the UEFA Champions League final against Real Madrid on May 28.