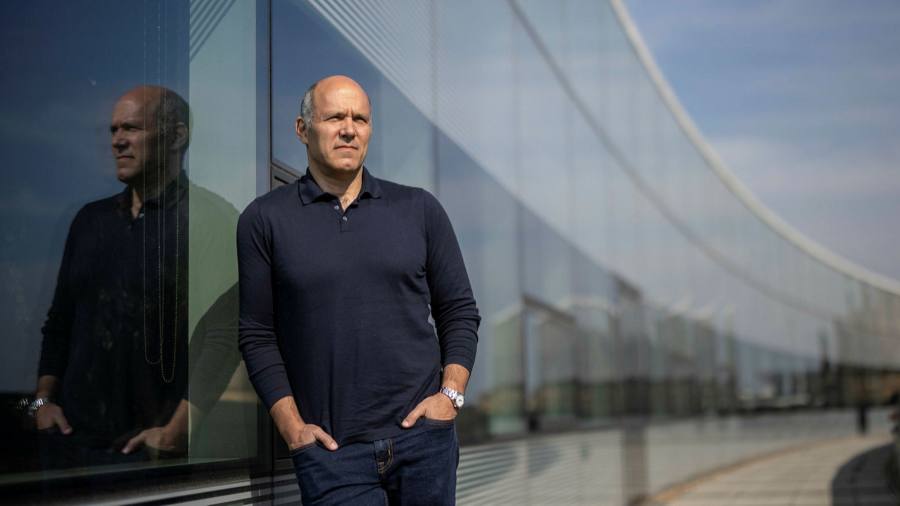 “I’m famously good at putting babies to sleep because of my grumbly voice,” the Seattle-based travel boss says as we embark on a Zoom call to discuss his leadership strategies some 18 months later. “I was very good at putting my own sons to sleep that way.”

Kern has needed a measure of calm throughout the two years he has been Expedia’s chief executive. He has sat on Expedia’s board since 2005 when it was spun out of the media conglomerate IAC. But he was suddenly propelled into running the company after his predecessor Mark Okerstrom and Expedia’s then-chief financial officer walked out in December 2019 following a boardroom dispute.

In a quarterly trading update that November, the travel group’s net profit had fallen 22 percent from a year before, missing Wall Street forecasts despite an increase in marketing spend. Its shares plummeted more than 27 per cent as a result. Expedia’s rival Booking.com had higher profits and half the fixed cost base.

Expedia’s then-management blamed the encroachment of Google into travel booking but its chair, the media mogul Barry Diller, said the business had become “all play and no work”. Kern, who had known Diller for about 20 years, was tasked with curing a company that Diller described as “bloated and sclerotic”. Kern’s strategy: fewer people organized around clearer goals.

“I think sometimes it’s possible leadership has not appropriately set out what success looks like and how a group should be organized to succeed. . . Most people do not just want to go to work, spin the gerbil wheel and go home and get paid. They want to. . . feel like they are making a difference, ”he explains.

“Organizing to succeed” has a cost. In February 2020, Kern oversaw 3,000 redundancies – about 12 percent of Expedia’s headcount – and streamlined the sprawling group, which had accumulated an array of brands including Trivago and Hotels.com. Most had their own marketing teams, for example, meaning the replication of work across the business. Now, there is one centralized marketing hub working on all the Expedia brands.

Kern says it was not about “[taking] costs out because costs are evil and we want to make more money ”but arranging the group to be more efficient, adding“ if we do that the business will take care of itself ”.

In February this year, Expedia said it had achieved record fourth quarter adjusted earnings despite ongoing uncertainty in the travel industry. The group is also taking a new direction. Kern is in Las Vegas this week to publicly launch a fresh strategy: to focus more on offering its technology and marketing heft to other travel companies than being an online travel booking site with multiple brands.

But February 2020 was not an auspicious time to start a significant overhaul of a global travel company. One month later, Covid hit the US and Europe and the travel industry came to a standstill. Short of finding someone else for the top job, Kern was persuaded to take over full time.

“It was certainly not my idea or [Diller’s] that it would be me, ”he notes.

As Covid spread and travel restrictions increased, Kern had to motivate employees who, already reeling from redundancies, were threatened by what looked to some like an existential threat to the travel industry. Some questioned not only whether Expedia would survive but whether it was worth staying in the industry long term. Staff were dealing with a torrent of anguished customer phone calls as they tried to cancel and get refunds for trips.

In the 10 weeks after the shutdown of travel in Europe and the US in March 2020, Expedia handled 22mn calls and messages, more than double its usual rate. Kern says his staff needed “ongoing love”. One of his methods was sending out semi-regular videos from his wood-clad Seattle home. In some he read bedtime stories to the children of frazzled staff. In another, he reflected on a mountain trek on the anniversary of the September 11 terror attacks. The bedtime stories were his wife’s idea, he admits on our call.

He says he is “not big in the advice category” but he has found the best way to keep staff on side is “being straight with your people about how you feel” and not put on some image of how you think a CEO should look talk or write.

You have to create an environment where the team can deliver. . . The more you scale the more true that is, you can not be everywhere

Part of his efforts to make Expedia more competitive has been to push decision making down the ranks and allow people to make their own choices. One of the company’s new values ​​is “Choose Fearlessly”. Kern translates this into the words of Lionel Richie, his favorite judge from the television show American Idol: “There is no losing. There is only winning or learning ”.

Kern never saw himself in the travel industry despite enjoying it as a personal pastime and investing in several smaller travel technology groups in the past. He started out on the finance side of business, first meeting Diller when he headed up the finance department at the TV station Home Shopping Network. He then moved into private equity for more than 20 years, which is where he says he learns the importance of recruiting good people and giving them space.

“No matter how smart you are you can not scale IQ points. You have to create an environment where the team can deliver, ”he says.

Prior to Expedia he headed up Tribune Media, one of the US’s largest broadcasters until its merger with Nexstar Media Group in 2018, and although his prior knowledge of consumer and technology brands has no doubt helped, Kern says his key asset is that he hires people “Who are far better than me at everything”.

Where previous experience did pay off was raising the emergency cash that Expedia needed to survive the pandemic. By May 2020, the travel company had raised more than $ 3.2bn in funding with $ 1.2bn coming from the private equity groups Apollo Global Management and Silver Lake who were temporarily given seats on the board.

“I knew how to deal with all the investors. I knew what we needed to deliver and had negotiated more than my share of those deals, ”Kern says.

Who is your leadership hero?

Choosing one leadership hero is hard. I like to take on elements and traits that fit me from the different leaders I respect. At the moment, I admire Microsoft’s CEO Satya Nadella and his work reviving Microsoft from sleeping giant to moving it into the cloud, and reimagining the company. It’s most akin to how I see my challenge at Expedia.

What was the first leadership lesson you learned?

That it’s OK to make mistakes. You step into a job, you assume that you have to be perfect and then you screw something up or something does not go your way but you survive and you move past it and you learn from it. That ability to fail and realize it’s not life threatening is an important life lesson.

What would you do if you were not a chief executive?

It used to be like a college basketball coach or football coach but now a sommelier would be better. I’m a big fan of old world Italian and French wines.

Now the company is emerging from the pandemic into an equally uncertain world. Inflation is rising, the war in Ukraine has prompted vast spikes in fuel prices and consumers are showing signs of curbing spending. Big-ticket items such as holidays look a risky bet. On top of that, environmental concerns and remote working have caused companies to cut travel budgets.

But Kern is bullish on people’s propensity to travel. He argues that in western countries, Covid prompted both a “savings boom” and wave of spending on material goods while restaurants, hotels and airlines were shut down. “There’s been a big underspend on travel and we and many people believe that will reverse itself. . . Everyone has bought enough stuff, ”he says.

Evidence from airlines such as United, which said in April that it expected record quarterly revenues in the three months to the end of June, would suggest as much.

After all, Kern says, “people do not put pictures of their vacuum cleaner on their refrigerator but of their favorite trip to Italy or Singapore or Thailand.”