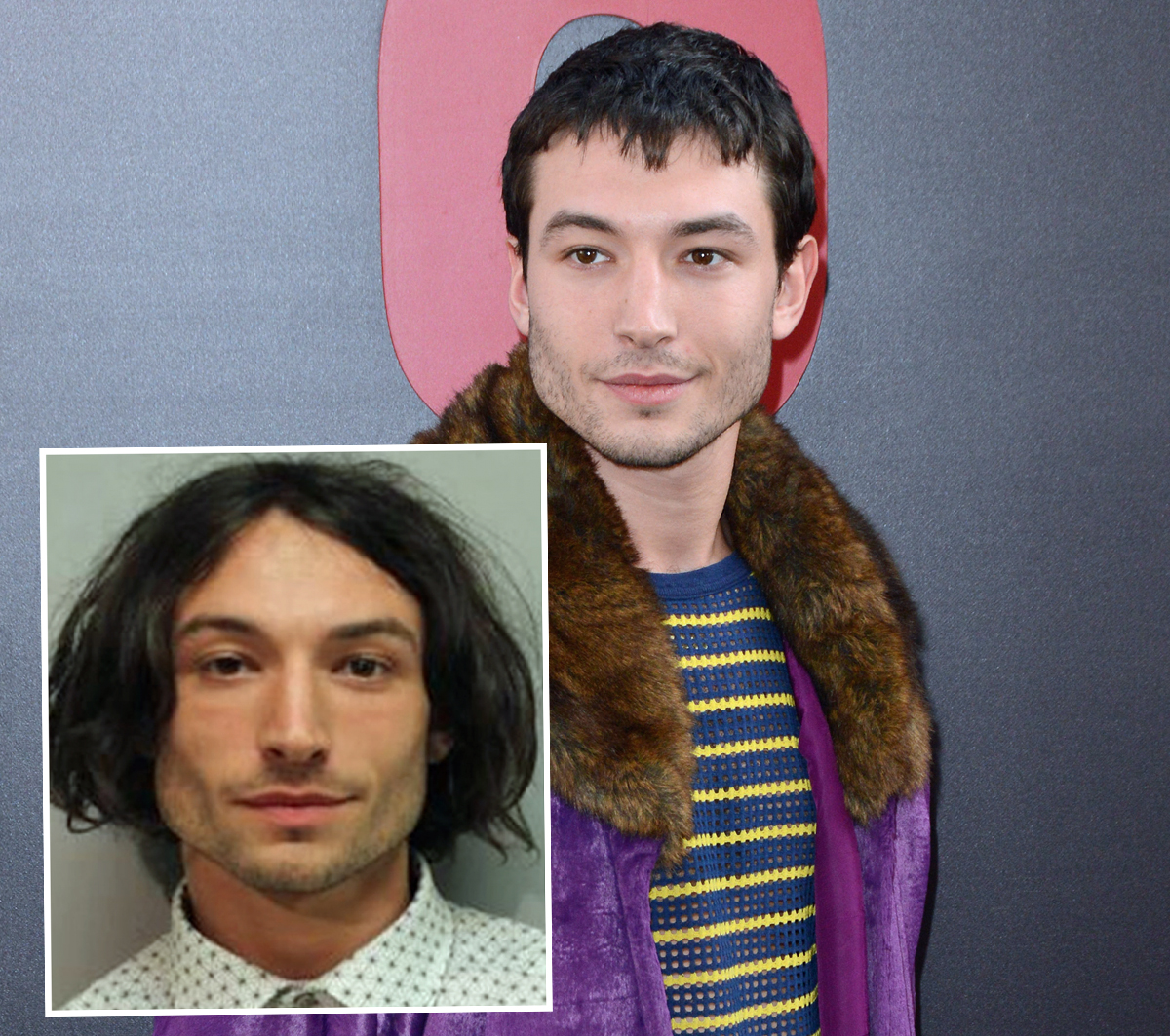 More footage from Ezra Miller‘s arrest in Hawaii has been released, showing the star threatening a police officer who used the wrong pronouns!

The Flash star has been embroiled in numerous legal matters in the last few months while staying on the island. The actor, who uses they / them pronouns, was busted at a bar in Hilo in March and arrested for disorderly conduct and harassment after allegedly grabbing a mic from a singing woman and lunging at a man playing darts.

We’ve already seen some shocking footage from that night, including the 29-year-old explaining they filmed part of their arrest for “NFT crypto art.” They also complained about a male officer allegedly touching their penis during a pat-down and alleged that they were the one being assaulted at the bar. But now more footage from an officer’s body cam shows The Perks of Being A Wallflower alum pleading with cops and calling them out for using the wrong pronouns.

In the clip obtained by TMZ on Monday, Ezra is seen being placed in the back of a cop car. Their hands are already in handcuffs and behind their back, but they begged the officials to be careful since injuries would impact their music career, saying:

“I’m a musician, so my nerves in my hands are important to me. Please do not hurt them. Please, I beg you. ”

The New Jersey native also revealed that they “have nerve damage from police handcuffs” as a result of arrests back home. Later, as cops are driving them to the station, one cop refers to the actor as “sir,” igniting a hate crime speech. Ezra corrected them, saying:

“Okay. I was just trying to be respectful. ”

But this only sparked more outrage from Miller who informed the cop that they could expect legal consequences if they used the wrong pronouns again, they continued:

“If you fail to do that again, it is an act of intentional bigotry and it is a technical hate crime according to US Federal law. Please call me ‘they / them / theirs,’ you can use the term ‘Mx.’ … If you prefer. ”

Damn! Way to tell them! Ch-ch-check out footage from the encounter HERE.

Of all the things Ezra’s been caught getting aggressive about during their run-ins with the police, their pronouns definitely seem the most worth an argument! Things seemed to calm down once the group made it to the police station. While Miller was caught still complaining about pain in their wrists, they were not as worked up as before.

Last month, Miller pleaded no contest to the disorderly conduct charge from the alleged bar incident. They were required to pay a $ 500 fine. The judge also dismissed two additional counts against them “with prejudice,” including a harassment charge from the same incident and a separate traffic-obstruction-related complaint. They were ordered to “stay away from” the karaoke bar, Margarita Villagein Hilo.

Rumors have spread that their role as Barry Allen in The Flashset to premiere in June 2023, may be at risk, but a source told the Rolling Stone that Warner Bros. spirit DC executives have not “hit pause on any future projects” with the star. Either way, hopefully, the Fantastic Beasts alum is getting the support they need to avoid future legal trouble. Thoughts, Perezcious readers?