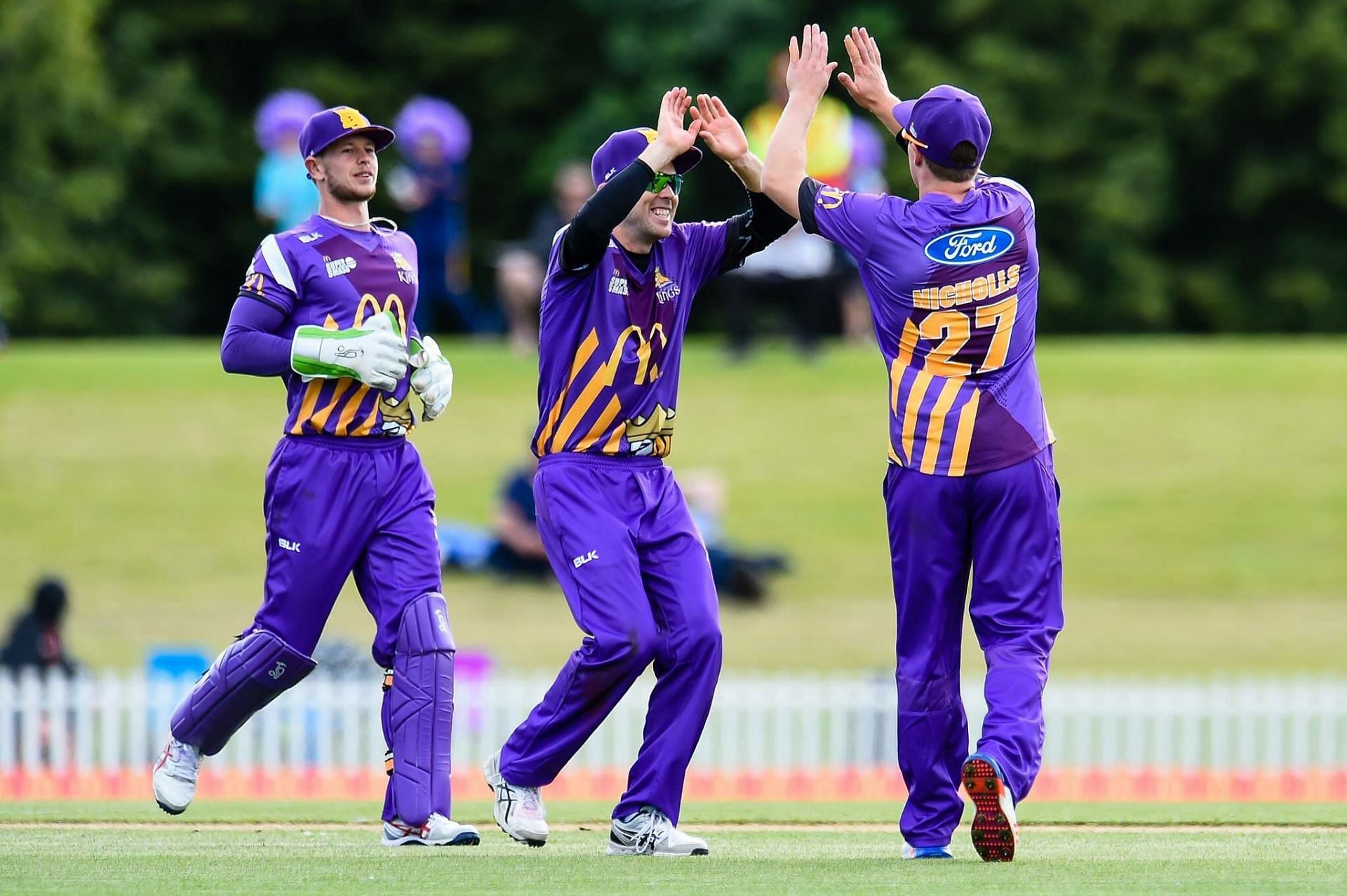 Canterbury Kings will take on Central Stags in the 21st Match of the Ford Trophy 2021-22 on Sunday, 13th February 2022 at the Mainpower Oval, Rangiora.

The previous game between these two sides was unfortunately washed out due to rain. The Canterbury Kings are currently placed in fifth spot with just one win and three losses in seven games. In their previous match, they suffered a three-wicket defeat against the Wellington Firebirds.

Meanwhile, the Central Stags have performed admirably and sit in top spot with three wins in six games. They are the only team that is yet to lose a game and are coming off a massive 200-run win over Otago in their last outing.

The pitch at Mainpower Oval has been a great one for the fast bowlers. The lateral movement and bounce from the surface will be a source of worry for the batters. The pacers will try to take full advantage of the overcast conditions.

Bayley Wiggins: Bayley has made a massive impact behind the stumps. He has scored 80 runs while also taking nine catches in just two games.

Will Young: Young is a dependable top-order batter for the Stags. He has 147 runs under his belt in two games, including one century.

Leo Carter: Leo Carter is known for his consistency with the bat. He has scored 173 runs, including two half-centuries in four games.

Doug Bracewell: Bracewell has played the role of a bowling all-rounder brilliantly. He has grabbed six wickets and has scored 71 runs in three games.

Henry Shipley: Henry has made valuable contributions to both departments. He has 147 runs to his name along with three wickets in four matches.

Seth Rance: Rance has been the leading bowler for his side. He has picked up eight wickets in three games while conceding at an economy of less than four.

Adam Milne: Milne has troubled the batters with his express pace while also contributing with the bat. In the previous game, he grabbed two wickets and scored 50 runs at a strike rate of 238.