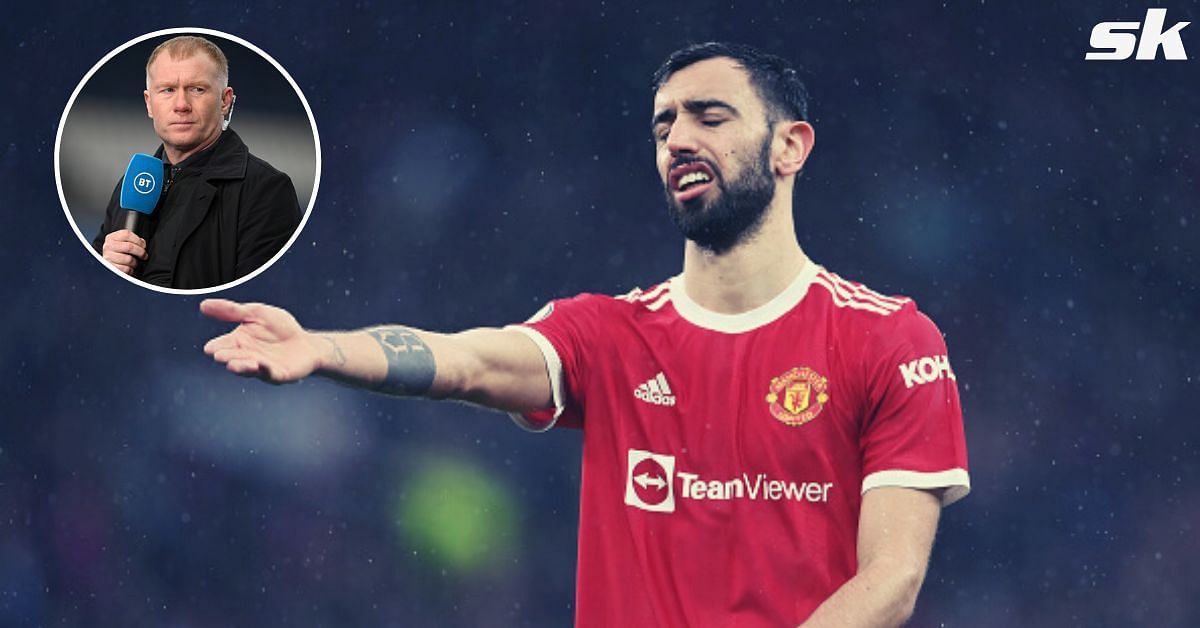 Speaking to BT Sport after Manchester United’s 1-1 draw against Southampton in the Premier League on Saturday, Scholes explained what he thought was the problem with Fernandes in midfield. He said:

“We do not know what’s gone on in the training field, you do not know the attitude of the players,” the former United star pondered. We’re hearing bits and bobs, what’s right I do not know, what I would say today was that he seemed to change a lot during the game. At least four or five times he swapped it about. “

“He tried to start with a 4-3-3, Scott [McTominay] holding and Fernandes and [Paul] Pogba playing higher up. Then he brought Pogba back and shoved Fernandes higher up, I think Fernandes could be a bit of a problem. “As much as he’s a talented lad, when he first came to England he scored so many good goals, so many assists, but he’s all over the football pitch.”

🗣 Rangnick on switching to a 4-3-3 formation: “Once we realized all our players Bruno [Fernandes]”Fred and for Paul Pogba we fit better playing to their assets and their strengths, it suits us better when we play them in an ‘eight’ position.”

🗣 Rangnick on switching to a 4-3-3 formation: “Once we realized all our players Bruno [Fernandes]”Fred and for Paul Pogba we fit better playing to their assets and their strengths, it suits us better when we play them in an ‘eight’ position.”

Fernandes has scored seven goals and provided five assists across 23 Premier League games this season. The midfielder has found it hard to be consistent throughout the campaign and has not scored in his last four league games.

Scholes also pointed out that Bruno Fernandes has not particularly helped keep Manchester United’s defensive shape. The midfielder has a tendency to drift around the pitch during games, which has been to the Red Devils’ detriment of late. He explained:

“A coach will tell you better there from a defensive point of view, how can you set up a shape when you’ve no idea where the start of it – [Cristiano] Ronaldo is the start then it’s Fernandes – how can you set traps for teams when you do not know where some of your players are gonna be? “

“Pogba likes to wander about. You see Fernandes, sometimes he’s a right-back, sometimes left-back, the end of the game he’s playing behind [Diogo] Dalot for five minutes. They’re either not taking instructions on or they do not want to. “

The draw against Southampton has seemed to prove costly for Ralf Rangnick’s side, who are currently 5th in the league, tied on points with West Ham in 4th. However, Arsenal are one point behind the Red Devils with two games in hand. The Gunners’ north London rivals Tottenham are also currently four points behind United with three games in hand.