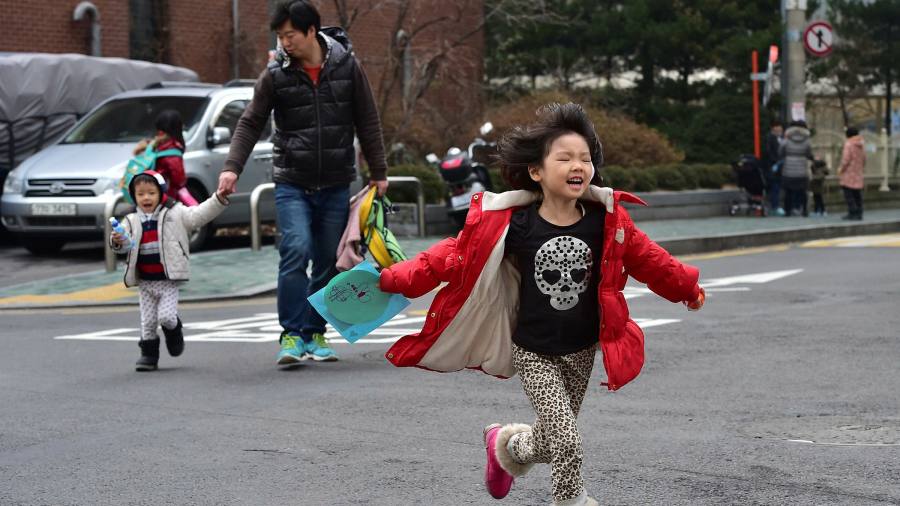 The Covid-19 baby bust – marked by falls of up to a fifth in December 2020 birth rates – was shortlived. But a reversion to pre-pandemic trends still leaves about half the world’s population below the replacement rate of fertility. The economic consequences are a big issue for politicians and portfolio managers alike.

For equity investors, aging populations present opportunities as well as risks. Rising demand for healthcare and automation should benefit companies such as Japan’s Fanuc and Germany’s Siemens. Even nappy manufacturers like Japan’s Daio Paper, Nippon Paper and Unicharm can adapt to demographic trends. Sales of adult diapers in Japan have exceeded those for babies since 2011, says Jefferies.

Sovereign bond investors are increasingly mindful of demographic risks. Rapidly aging populations increase public spending on health, social care and pensions, while the tax burden is spread over fewer workers. Rating agency Fitch calculates that the impact of aging costs on sovereign ratings could result in a 10.5-notch downgrade for Slovakia, the most extreme case, by 2070 assuming no policy changes.

Governments do have some levers to pull, though not all factors are easily addressed. Fears over climate change are impacting fertility rates faster than any preceding trend in the field of fertility decline, Morgan Stanley said last year.

But helping parents financially is one obvious way to lower barriers. The high cost of bringing up children gobbles up a large share of disposable income in some countries, particularly in Asian countries such as Japan, South Korea and China.

Those who become parents often stop at one child, as bedroom sharing and hand-me-down clothes do not cut costs by much. Three-children families shave the per-child costs by just a quarter, versus those who have two, reckons the US government.

Countries that provide generous financial support appear to have more births. Nordic countries, noted for their gender equality and generous welfare states, have birth rates that are close to replacement levels. Providing financial support for childcare, making it easier to combine work and parenthood, is particularly effective, according to the OECD.

For all the many rewards that children bring, they are financially draining. They bring economic benefits, but these are not reaped by the parents who bear the brunt of the costs. Boosting the former may require more sharing of the latter.