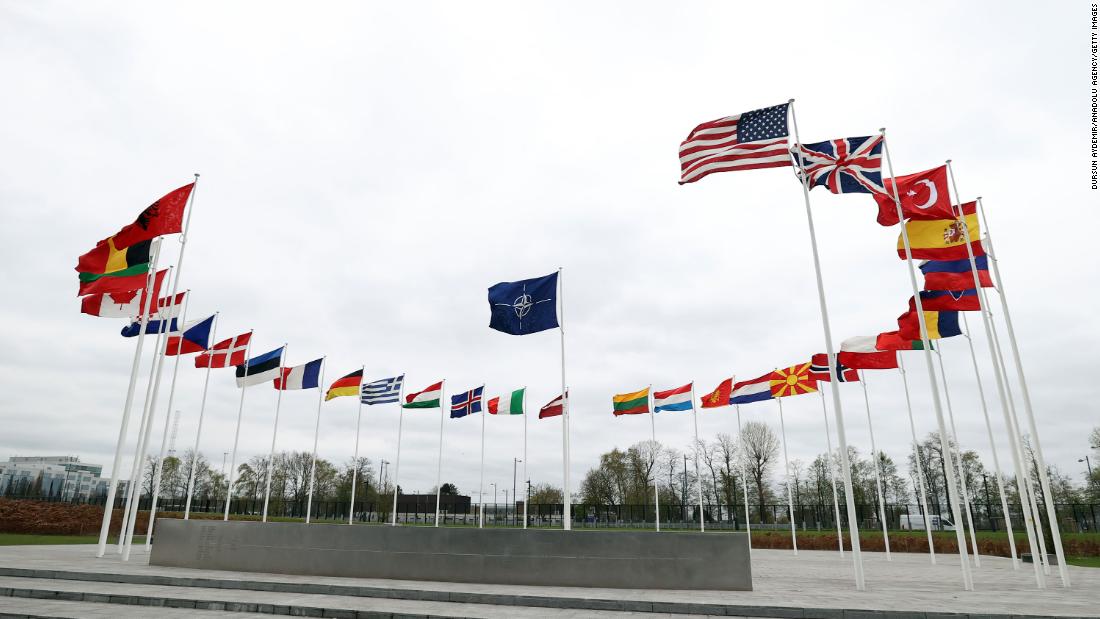 NATO officials told CNN that discussions about Sweden and Finland joining the bloc have gotten extremely serious since Russia’s invasion, and US senior State Department officials said the matter came up at this week’s NATO foreign ministerial, which was attended by foreign ministers from Stockholm and Helsinki .

Public opinion in both countries about joining the defensive alliance has shifted significantly as Russia’s war in Ukraine wages on, with one former Finnish Prime Minister telling CNN the move to join “was pretty much a done deal on the 24th of February, when Russia invaded. “

“If you look at public opinion in Finland and Sweden, and how their views have changed dramatically over the past six weeks, I think it’s another example of how this has been a strategic failure,” one senior US State Department official said this week.

Finnish Prime Minister Sanna Marin said Friday that her country’s Parliament is set to discuss possible NATO membership “within the coming weeks,” adding that she hopes these discussions will wrap up “before midsummer.”

“I think we will have very careful discussions, but we are also not taking any more time than we have to in this process, because the situation is, of course, very severe,” she said.

Swedish Prime Minister Magdalena Andersson did not rule out the possibility of membership in an interview with SVT at the end of March. Sweden is undertaking an analysis of security policy that’s due to be completed by the end of May, and the government is expected to announce its position following that report, a Swedish official told CNN. They said their nation could make its position public sooner, depending on when neighboring Finland does.

Finland’s ambassador to the US, Mikko Hautala, told CNN the two nations are in close coordination with each other but that each country would make its own independent decision.

A Finnish official said Friday that their country would not be seeking to join NATO out of “desperation” for defense from the 30-member alliance. Rather, Moscow’s actions in Ukraine have forced Finland “to rethink the fundamentals.”

“And we do understand that our relations with this Russia that now exists, they can not be the same as they used to be due to these Russian actions,” the official said.

Alexander Stubb, who served as Finland’s Prime Minister in 2014-2015, echoed this sentiment, telling CNN there had long been a tension in the country between idealism – wanting to be able to work with Russia, with whom it shares a border – and realism, which required Finland to maintain a strong standing army in the event that Russia ever invaded.

That idealism has now largely evaporated in the wake of Russia’s attack.

“The Finns think that if Putin can slaughter his sisters, brothers and cousins ​​in Ukraine, as he is doing now, then there is nothing stopping him from doing it in Finland. We simply do not want to be left alone again,” Stubb said, recalling the Soviet-Finnish Winter War, which lasted from November 1939 to March 1940.

Possibility of a Kremlin response

The Kremlin said Thursday it would have to “rebalance the situation” if Sweden and Finland were to join NATO.

Finland was hit with two cyberattacks and an airspace violation by a Russian state-owned plane on Friday. Both Stubb and the Finnish official said Helsinki expects such types of attacks, and they downplayed the potential of a severe response from Moscow should Finland – which shares a more than 800-mile border with Russia – join NATO.

However, some NATO countries are looking at the possibility of Russia carrying out an attack before Finland falls under the protections of the alliance, according to a European official.

“We will be very live to the possibility that Russia may try to do something before they join the alliance,” the official said.

And the Finnish official acknowledged they “have to be prepared, if our country will decide to apply or even if they do not, the situation is not safe, stable. … We have a war, we have all kinds of possibilities. ”

They said there had been signals from other countries that they would offer support if there were security concerns in the interim between application and ratification of NATO membership.

NATO Secretary General Jens Stoltenberg said this week that “on the interim period, I’m certain that we will find ways to address concerns they may have regarding the period between the potential application, and the final ratification.”

The Pentagon said Friday there have been no requests for assistance from either country, but “if a country calls and asks for the United States’ support, certainly we’ll take that under consideration.”

‘A member without being a member’

Stoltenberg said that Sweden and Finland “can easily join this alliance if they decide to apply,” noting they “have worked together for many years, we know that they meet NATO standards when it comes to interoperability, democratic control over the armed forces. “

The Finnish official noted that their country is essentially already “a member without being a member.”

Privately, NATO and US officials say they would be thrilled to see Finland and Sweden join the bloc.

Those countries already have extremely close relationships with NATO and would be a huge asset, NATO officials told CNN, especially when it comes to intelligence sharing. While the level of intelligence sharing among Finland, Sweden and NATO has increased dramatically since the start of the war, one NATO official said, it is not at the level it would be if the countries were members of the bloc.

A European official noted that Finland and Sweden, should they join, would both be “net contributors” to NATO, given their supply of advanced fighter jets. Finland already operates Boeing F / A-18s and has ordered 64 Lockheed Martin F-35s.

Some officials even commented ironically that it would be one of the best things Putin has done to harden European security.

“Just imagine in however many months going from a NATO alliance that is 30 to 32 members strong,” another senior State Department official told reporters following the foreign ministry in Brussels. “How can this be anything but a massive strategic blunder for Putin? That was a topic of conversation and multiple sessions over the past couple of days.”