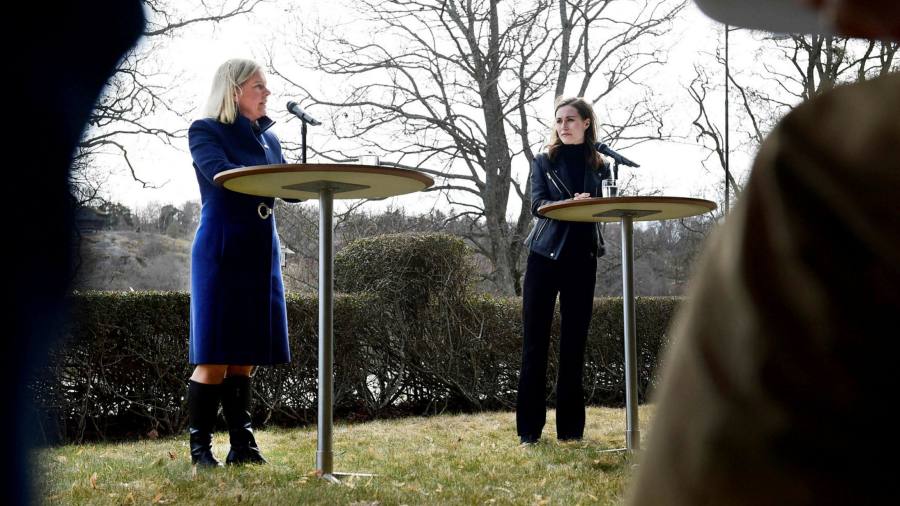 Two months before its armies invaded Ukraine, Russia published a set of security demands that aimed at a drastic revision of Europe’s post-cold war order. Above all, the Kremlin wanted far-reaching restrictions on NATO’s presence in central and eastern Europe, a region where 14 countries joined the US-led alliance between 1999 and 2020.

Two months after its invasion, Russia is learning the historical lesson that wars of choice often bring unexpected and undesirable consequences in their wake. Far from crippling NATO, Moscow’s truculent diplomacy and military aggression are making it increasingly plausible that the alliance’s membership will expand from 30 to 32 countries with the admission of Finland and Sweden.

A Finnish government report, published on Wednesday, puts matters succinctly: “Following Russia’s invasion of Ukraine, a fundamental change has taken place in the security and operating environment of Finland and Europe. . . The war started by Russia jeopardises the security and stability of the whole of Europe. ”

Should Finland and Sweden join NATO, it would mark a transformation of the security landscape in northern Europe unlike anything experienced by the tsarist empire, the Soviet Union and postcommunist Russia in more than 200 years. Between the 16th and 18th centuries Sweden was often at war with Russia but since 1814 the Swedes have neither fought a war nor been part of any military alliance.

For its part, Finland was part of the Russian empire from 1809 to 1917, when it declared independence. Finland fought two wars with the Soviet Union between 1939 and 1944, but preserved its independence during the cold war as a neutral country bound by a friendship treaty signed with Moscow in 1948.

It is, however, important to understand that Finnish and Swedish traditions of neutrality and non-alignment have undergone significant change in the post-cold war era. Both countries were quick to seize upon the Soviet Union’s collapse as an opportunity to join the EU, which they did in 1995. Since that time, the EU has worked hard at adding a foreign and security policy dimension to its role as a trading and regulatory power.

Moreover, Finland and Sweden signed up for NATO’s Partnership for Peace program in 1994. In 2016, they signed host nation support agreements with NATO, allowing the alliance’s forces access to Finnish and Swedish territory in the event of a military emergency. In other words, the days of strict Finnish and Swedish neutrality had already ended long before Russia’s attack in February on Ukraine.

For both countries, the decisive factor in making NATO membership look attractive has been President Vladimir Putin’s unashamed use of military force against Russia’s neighbors. The first warning sign was his invasion of Georgia in 2008. Even more alarming for Finns and Swedes was Putin’s annexation of Crimea and armed intervention in support of separatists in south-eastern Ukraine in 2014.

However, public opinion in Finland – and also in Sweden, though less dramatically – did not swing in favor of NATO membership until Putin’s invasion of Ukraine two months ago. Partly in response to public pressure, the mood in the two nations’ political parties is changing, too.

All eyes are now on Sweden’s ruling Social Democrats, who are the guardians not only of the national tradition of neutrality but also of Sweden’s post-1945 heritage as a morally concerned, humanitarian power. The Social Democrats are not yet calling explicitly for NATO membership, but they are edging in this direction under the influence of Peter Hultqvist, who has served as defense minister since 2014.

Finland and Sweden expect Russian countermeasures if the alliance’s enlargement goes ahead. But Moscow’s warning this week that it would deploy nuclear-armed ships and missiles in the region prompted some western military specialists to observe that Russia may well have already placed Iskander cruise missiles in its exclave of Kaliningrad.

Various aspects of Russia’s war in Ukraine appear not to have gone to plan – but nowhere more so than in northern Europe.