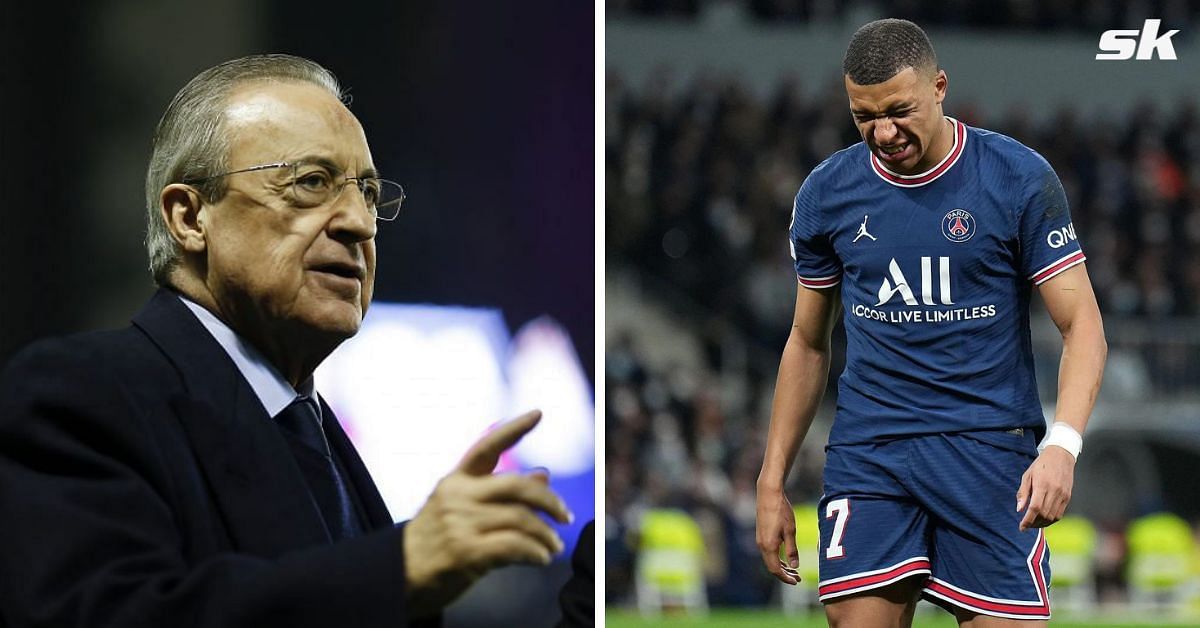 Real Madrid president Florentino Perez has told his players that PSG superstar Kylian Mbappe will not be joining the club this summer, according to reports.

Following a week of contrasting reports regarding the 23-year-old’s future, Spanish journalist Guillem Balague has claimed that Perez informed Madrid’s players about the situation in the changing room following their goalless draw with Real Betis on Friday.

According to Sky Sports News earlier in the week, Mbappe was on the verge of joining Real Madrid, despite PSG offering an incredibly lucrative two-year contract extension.

The report claims that the French champions are willing to double the World Cup winner’s salary to € 4 million, as well as a € 100 million signing on bonus, plus several bonuses based on performances and whether or not they win the Champions League. This would make him the highest-paid footballer in the world.

The French international’s contract is set to expire this summer following five incredibly successful seasons at the Parc des Princes. The forward has become one of the most in-demand players in European football, as he has scored 36 goals and provided 26 assists in his 45 club appearances this term.

Real Madrid hoped to get the green light from Kylian Mbappé as early as last Tuesday … but he asked for “bit more time to reflect”. # Mbappé

Paris Saint-Germain have been improving their bid in the last 15 days, pushing until the end.

Real Madrid hoped to get the green light from Kylian Mbappé as early as last Tuesday … but he asked for “bit more time to reflect”. ⭐️ # MbappéParis Saint-Germain have been improving their bid in the last 15 days, pushing until the end.Mbappé’s camp: new internal talks today. https://t.co/Ee7YKcI144

The Spanish champions have made no secret of the fact that Mbappe is their number one transfer target this summer.

However, with a Champions League final with Liverpool to look forward to, their squad cannot be distracted by rumors linking them with the pacy attacker.

Prior to their La Liga game against Real Betis, Ancelotti told a press conference (as per ESPN):

“We’re used to these things. We’re focused. The atmosphere is very good. What happens outside, and what’s talked about, does not affect us at all.

“Nobody asks me about [Mbappe]. I spend my time at [Madrid’s training ground] Valdebebas, in my car and at home. Sometimes I like to go to Madrid’s good restaurants, but nobody asks me about that. The only thing I have in mind is the final. “

According to The Guardian, PSG turned down a € 160 million bid from Real Madrid for Mbappe at the end of last summer’s transfer window. The Ligue 1 side bought the Paris-born attacker from Monaco in 2018.

Kylian Mbappé will announce the decision on his future at 5am ET on Sunday, according to @lequipe

Kylian Mbappé will announce the decision on his future at 5am ET on Sunday, according to @lequipe https://t.co/e0l5oBqfiv

PSG will be desperate to keep their star man as they continue to pursue their inaugural Champions League triumph following their devastating second-round defeat to Los Blancos in March.