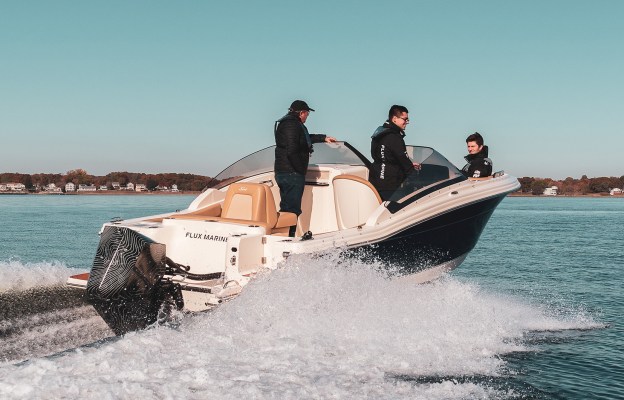 The race is certainly on in the electrification of boating… even if everyone is jockeying for position before the market materializes. Flux Marine is joining the likes of Pure and Zin in trying to convert some of our waterways’ gas-guzzling outboards to cleaner, quieter battery powered ones, and the company just raised $ 15.5 million ahead of a planned summer shipping date.

The conversion of the boating world to electrics is progressing slowly for lots of reasons, but it also seems as inevitable as the electrification of land vehicles. Boats are such big investments, and used so differently from cars, and physically are so much more power-hungry, that it’s not quite as simple to make the switch.

Flux has designed for, it claims, both convenience and efficiency, with a new take on the traditional rear-mounted outboard.

“We’ve taken a ground up design approach that places the electric motor above the waterline for scalability, but does not use any legacy combustion outboard parts,” CEO Ben Sorkin told TechCrunch. “Our lower unit was developed in-house to accommodate a belt drive, incorporate a closed-loop cooling system with active feedback, and reduce hydrodynamic drag.

When looking at electric motors (electric machines), they are generally rated for a peak torque, determined by geometry and magnetics, and a continuous torque, which is determined by thermal management. Because a boat is subject to high drag forces from water, the key is in designing power electronics and a thermal management system to get the continuous torque as close as possible to peak torque, ”Sorkin continued. “The end result is a lighter, more efficient total propulsion solution.” 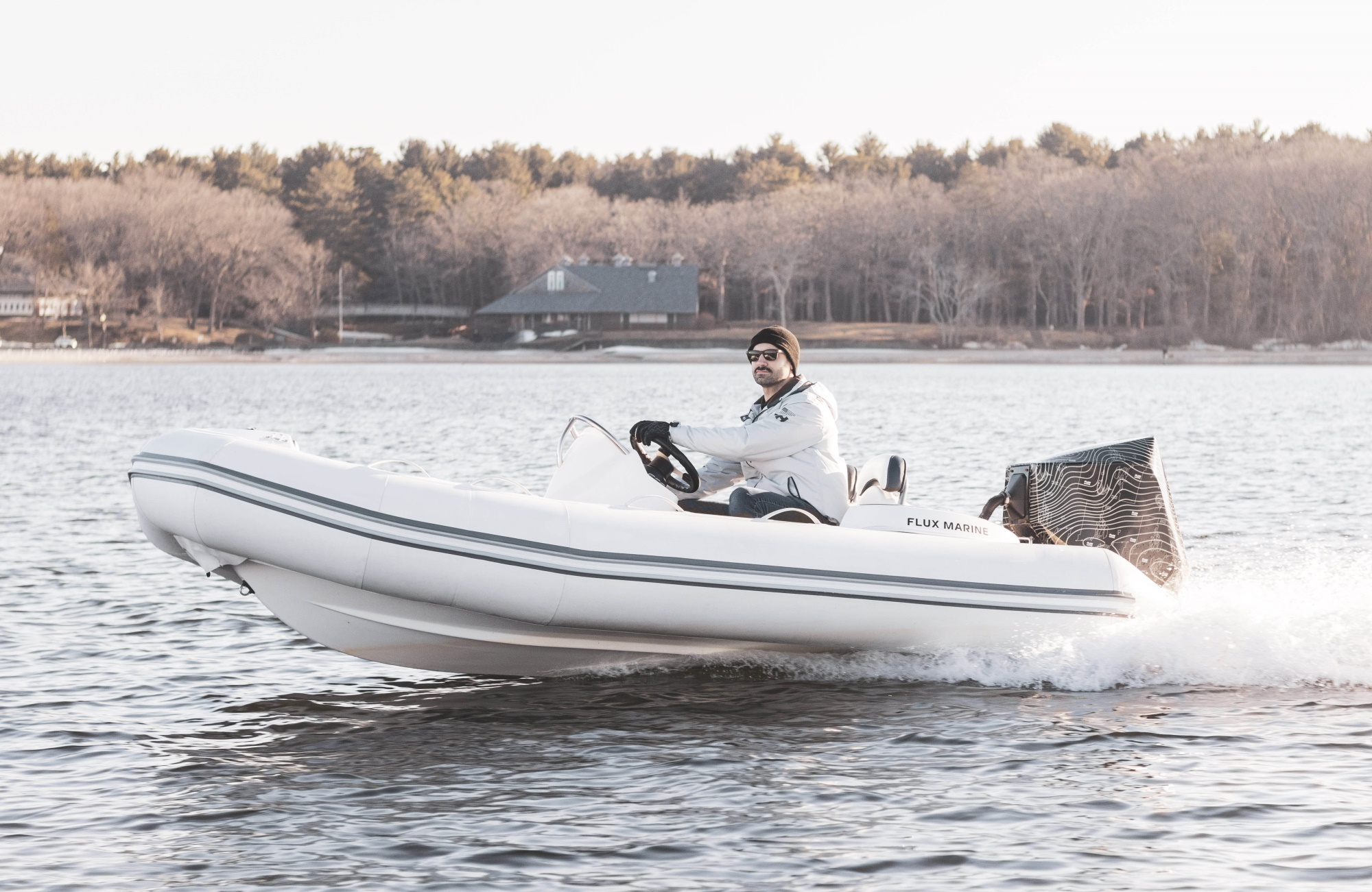 They also design the battery packs, which is of course a double-edged sword: they’ll be good, but you can not just go out and grab a car battery to add another few miles to the range. (Actual range depends so much on the hull, weight and speed that it’s impossible to predict, but figure somewhere in the 40-70 mile range.)

The benefits of electric conversion in general are obvious enough that they scarcely need recounting: cleaner, quieter, greener, easier to maintain, and potentially better performance.

Obviously that limits the number of people who can afford to go green, but boating is kind of an expensive hobby to start with. If you want to get on the water for two bills, get a paddleboard – a hull and motor will run you a couple thousand bucks unless you buy the algae-encrusted one from that guy down the dock.

Pre-orders were opened last year and Sorkin said the company is on track to deliver its first motors this summer, hopefully in time for boating season. Lead times should decrease as they scale up over the next year, he added. In-person demos will be available in Rhode Island (where the company is based, and just got a fat tax credit) and Connecticut.

The $ 15.5MA round was led by Ocean Zero, with participation from Boost VC, Winklevoss Capital, and previous early investors.