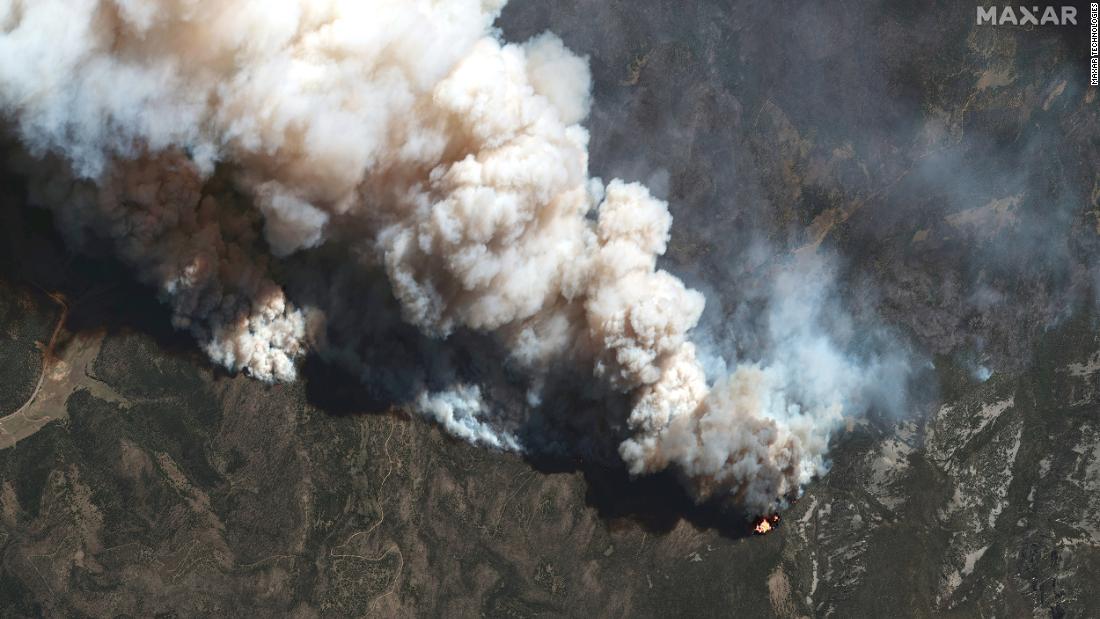 During the break on those operations, the Forest Service will conduct a 90-day review of protocols, practices and the decision support tools ahead of the operations planned for the fall, the chief said.

Prescribed fires are often used to manage vegetation, reduce hazardous fuels near residential communities, minimize the spread of pest insects and diseases, improve habitat for threatened and endangered species and recycle nutrients, according to the Forest Service. They’re also essential tools in helping reduce the threat of extreme fires in the future.

The chief said prescribed fires go as planned in 99.84% of cases, but in “rare circumstances, conditions change, and prescribed burns move outside the planned project area and become wildfires.”

In New Mexico, the Hermits Peak Fire began as a prescribed fire on April 6, but unexpected, powerful winds “caused multiple spot fires to spread outside of the project boundary,” according to the interagency reporting website InciWeb.
The blaze eventually combined with the Calf Canyon Fire, which started April 19 and its cause is under investigation.
The flames, burning near Gallinas Canyon, have torched more than 303,000 acres and were roughly 40% contained Friday, according to InciWeb.
It is the largest fire in New Mexico history and has forced thousands of people to evacuate their homes since last month.

“While we’re clear about the long-term importance of carefully studied and well-managed prescribed burns as tools to improve forest management, it’s critical that federal agencies update and modernize these practices in response to a changing climate, as what used to be considered extreme conditions are now much more common, “the governor said. “The situation unfolding in New Mexico right now demonstrates without a doubt the grave consequences of neglecting to do so.”

The Forest Service carries out an average of 4,500 prescribed fire projects each year, its chief said, adding “extensive planning occurs” before each one.

“Landscapes are analyzed for prescribed fire treatments and the effects on community well-being, vegetation, hydrology, threatened and endangered species and other values,” Moore said. “Extensive standard operating procedures to authorize prescribed fires include developing and coordinating a burn plan, site preparation, public notifications, weather and forecast monitoring and validation before a decision is made to go ahead.”