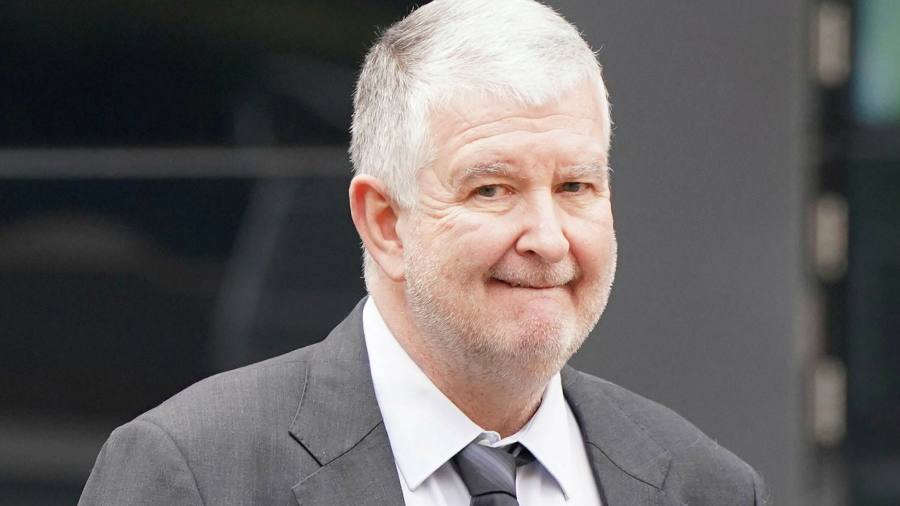 A former Coca-Cola manager who received bribes of more than £ 1.2mn as part of a corrupt scheme to award contracts to favored companies has been given a suspended jail term of 20 months by a London court.

Noel Corry, 56, who worked at soft drinks bottler Coca-Cola Enterprises UK Ltd (CCE), pleaded guilty to five counts of corruption between 2004 and 2013 for leaking confidential inside information to three companies, helping them win valuable contracts in exchange for large amounts of money paid directly or indirectly to him.

At a sentencing hearing on Thursday, prosecutors told Southwark Crown Court that Corry had worked as a senior manager in the electrical and automation division at CCE since 1996, with responsibilities for subcontracting site service work.

He leaked information about rival bids to a manager at Cheshire-based Boulting Group (now trading as WABGS) as well as to Tritec Systems and Electron Systems, helping them win contracts – some of which were awarded at inflated rates or were for work never carried out, the court heard.

In return Corry, of Ashton-under-Lyne, Manchester and companies linked to him received cash bribes, free tickets to sports, concerts and entertainment events, as well as money for the sponsorship of his local non-league football team Droylsden FC where Corry was honorary president.

Corry had detailed payments in a spreadsheet on his computer entitled “slush”. This was found in 2013 by Coca-Cola after the US-based soft drinks giant began an investigation into the leaking of confidential bid information and uncovered the corrupt scheme.

The added that it was disappointed by Corry’s corrupt behavior and was “pleased to see these convictions”.

Corry was sentenced along with five other defendants including Peter Kinsella, 58, a contract manager at Boulting Group who had developed a corrupt working relationship with Corry. Kinsella, who lives in Manchester, pleaded guilty to three counts of corruption and three offenses of conspiracy to bribe. He was given a 12 month suspended jail term.

Gary Haines, 60, of Market Drayton, Shropshire who controlled Tritec Systems and Electron Systems, admitted two corruption offenses and received a suspended jail term of 20 months. Tritec and Electron were each fined £ 70,000 after admitting corruption and failure to prevent bribery. The three men were also ordered to do 200 hours of unpaid work.

Judge David Tomlinson, sentencing the defendants, said Corry had played a “leading role” in the scheme and had “abused his position of significant power and responsibility” at CCE.

The judge said, however, that he would take into account the admissions of guilt and the fact that sentencing had been delayed almost two-and-a-half years, which he said placed the case “in a unique category”.

The court was told that prosecutors did not seek compensation or confiscation orders because Boulting, Tritec and Electron as well as Corry had already settled and paid financial settlements to Coca-Cola after the company lodged a High Court civil lawsuit against them.

Alistair Dickson of the Crown Prosecution Service, which brought the case, said that Corry had established a “corrupt culture. awarding contracts to those companies whose senior managers were prepared to bribe him for doing so. ” He added that CCE was “wholly unaware of Corry’s corrupt actions to enrich himself”.