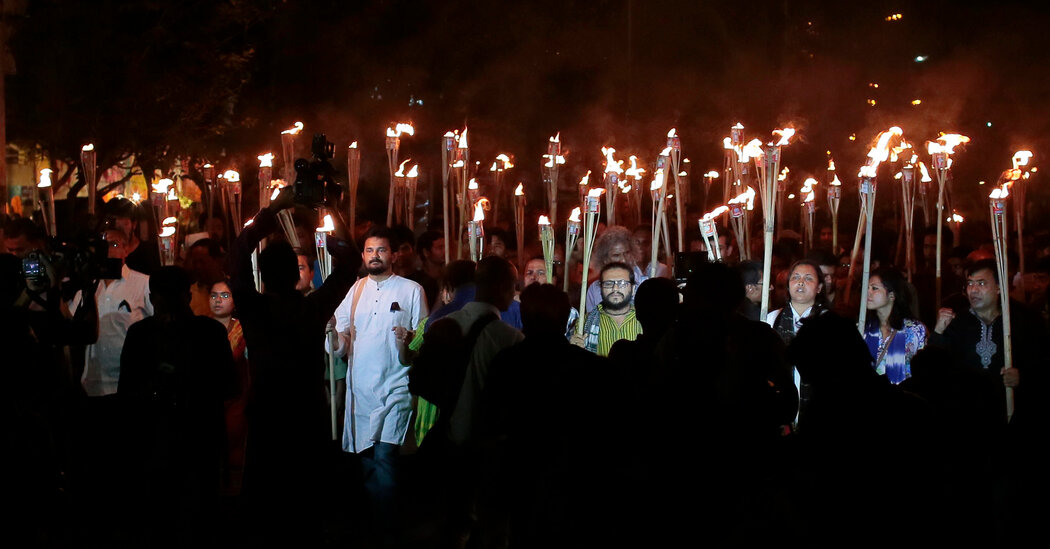 DHAKA, Bangladesh – A special tribunal in eastern Bangladesh announced on Wednesday that four men had been sentenced to death for the 2015 murder of a blogger and writer who had promoted secularism in the Muslim-majority country.

The victim, Ananta Bijoy Das, 32, a banker by profession who wrote for the platform Free Mind, was among several bloggers and writers fatally attacked that year. He was chased down in the eastern city of Sylhet by four men, who stabbed him to death on a street close to his home and left his body near a pond.

“We are happy with the verdict,” Somor Bijoy Shee Shakhor, Mr. Das’s brother-in-law, told The New York Times. “We can not get Ananta back. The only thing we want is justice. ”

Just 10 weeks before Mr. Das’s death in May 2015, Avijit Roy, a Bangladeshi-American who was the moderator of Free Mind, had also been killed, by machete-wielding assailants as he was leaving a book fair in Dhaka, the capital.

And five weeks after Mr. Roy’s death, another blogger, Oyasiqur Rahman, was killed by three men with machetes in Dhaka.

Later that year, Faisal Arefin Dipan, Mr. Roy’s publisher, was killed by a group of assailants in his Dhaka office.

The killings sent a chilling message to secular bloggers in Bangladesh, where a bitter cultural battle has raged over whether the country is, or should be, a Muslim state.

A militant group, Ansarullah Bangla Team, claimed responsibility for the deaths of Mr. Das, Mr. Dipan and Mr. Roy. The group was banned in May 2015.

On Feb. 10, 2021, an antiterrorism special tribunal in Dhaka sentenced eight to death for killing Mr. Dipan.

Six days later, the tribunal sentenced five more people to death and another person to life imprisonment for the killing of Mr. Roy.

A verdict in the trial of those accused of killing Mr. Rahman has not yet been released.

All of those found guilty in the killings of Mr. Das, Mr. Dipan and Mr. Roy were part of the Ansarullah Bangla Team. According to the BBC, the tribunal in Mr. Das’s murder said that his killers had believed they were acting as part of a “jihad” to stop the writers producing anything that the group interpreted as being against Islamic beliefs.

The prosecutor, Muminur Rahman Titu, said, “Justice has been served for Ananta.”

“The tribunal has ordered the police to arrest the convicts who are on the run,” he added. “We expect it will be done soon.”