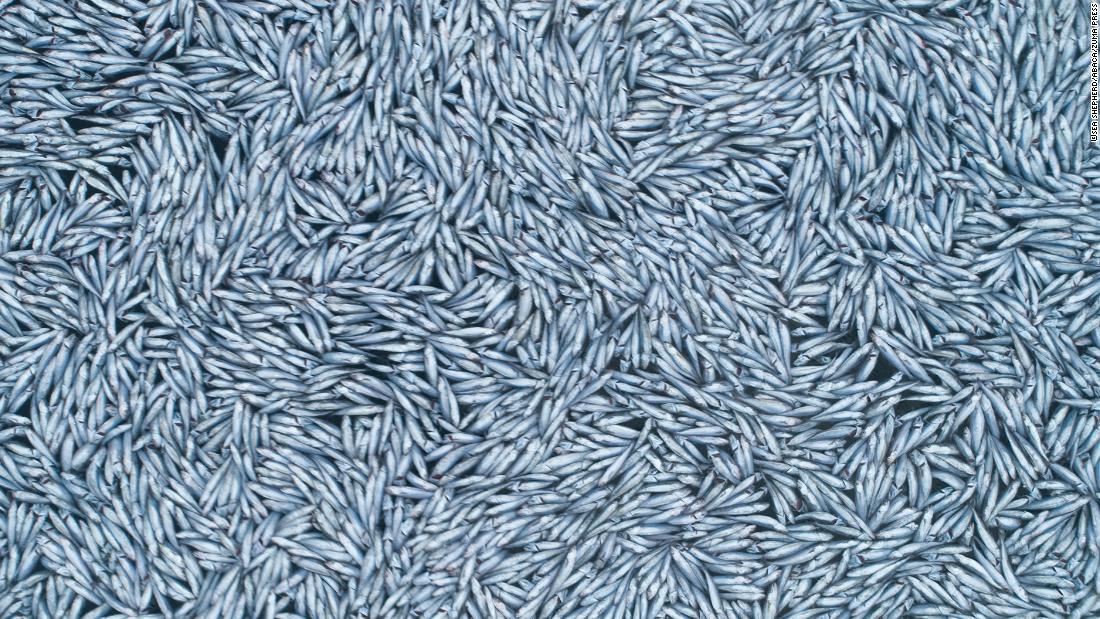 The French arm of Sea Shepherd – a non-profit marine conservation activism organization – posted photos of the spill to its Twitter page on Thursday. “Here is what is happening right now in the Bay of Biscay off the coast of La Rochelle,” the tweet said. “Four factory boats operate in that area, including the Margiris – the second largest trawler in the world (banned in Australia).”
The images posted by Sea Shepherd show an astonishing mass of dead fish – which are blue whiting, a sub-species of cod – floating on the water. The Dutch-owned Margiris has been described as a “mammoth super-trawler” by Greenpeace.
The Pelagic Freeze-Trawler Association (PFA) – which represents the vessel’s owner – released a statement on Friday addressing the incident and said it fully “understands the emotions such images can bring.”

In the statement, the PFA also said: “We would like to clarify that around 5.50am on 3 February 2022, an amount of blue whiting was involuntarily released into the sea from the Margiris vessel, due to a rupture in the cod-end part of its net. Such an accident is a rare occurrence and in this case was caused by the unexpectedly large size of the fish caught. In line with EU law, the incident and the quantities lost have been recorded in the vessel’s log book and reported to the authorities of the vessel’s flag state, Lithuania. “

Annick Girardin – the French Minister for Fisheries and Maritime issues – said the sight of the dead fish was “shocking” and asked the national fishing surveillance authority to launch an investigation, to “shed light on that issue so that we identify the causes of the significant dumping of fishes.”

In a tweet, Girardin also added: “France supports sustainable fishing and this is not reflected here. Should an infraction have occurred, sanctions would be taken against the responsible shipowner that will be identified.”

Virginijus Sinkevičius – the EU Commissioner for Environment, Oceans and Fisheries – also commented on the case and called it an “unfortunate incident in the Bay of Biscay.”

On Twitter, he said the EU Commission “would react immediately” and are launching an inquiry to national authorities of the fishing area and the presumed flag state of the vessel, to get exhaustive information and evidence about the case. “
Lamya Essemlali – the head of Sea Shepherd’s French arm – told Reuters she believed the fish were deliberately discharged.
Trawling of this scale is an act that many environmental activists often protest against – in 2021, CNN pointed out that “every day, thousands of fishing boats around the world drag huge weighted nets across the seafloor, ensnaring everything in their wake and destroying marine habitats “in a story on bottom trawling, a process that has been described by scientists as” bulldozing “the ocean floor.