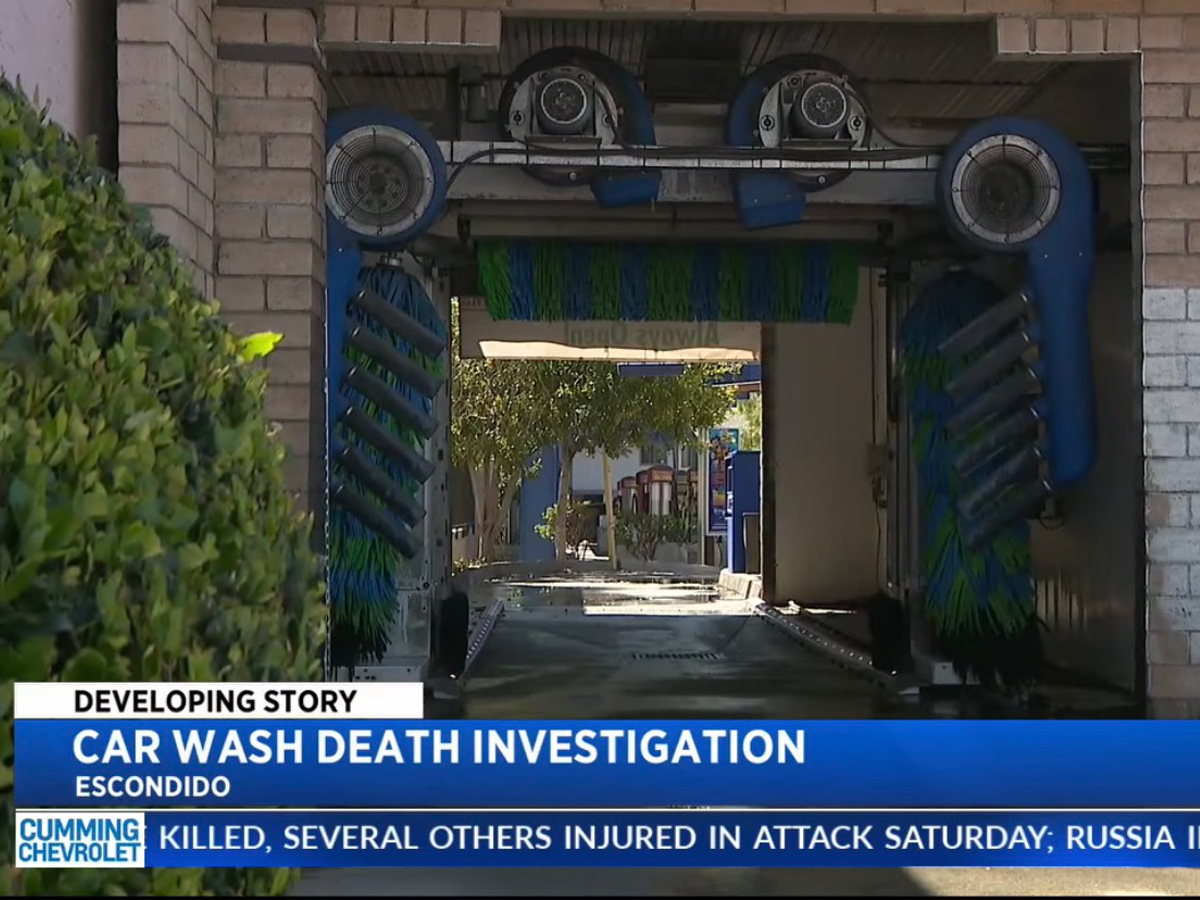 In what is being deemed a “freak accident,” a man was crushed to death in an automatic car wash on Friday, according to Fox5 San Diego.

The tragic and frightening incident occurred in Escondido, California, when a driver decided for reasons that no one has been able to determine to get out of his car during the wash. He was then crushed between his vehicle and the machinery. The car began to roll forward, dragging him with it, and he was pinned between the vehicle and the machines, police told the outlet. However, the car wash itself was apparently not “engaged” and therefore did not malfunction. Huh.

Per Fox5, an alarm blared for as long as thirty minutes before another customer discovered the man trapped between the car and equipment. CPR was administered at the scene, but he was pronounced dead shortly after being transferred to the nearby Palomar Medical Center.

Officials told Fox5 that the awful incident technically falls under the umbrella of a “traffic collision,” rather than an industrial accident, because the driver was in control of his car (which was in drive at the time of the event – as opposed to the kind of car wash where a vehicle is put in neutral and brought forward via conveyor belt).

This is truly horrifying, and certainly serves as a cautionary tale to follow instructions to remain in your car during a wash! STAY IN YOUR CAR!

Our thoughts are with the deceased and his loved ones during this difficult time.