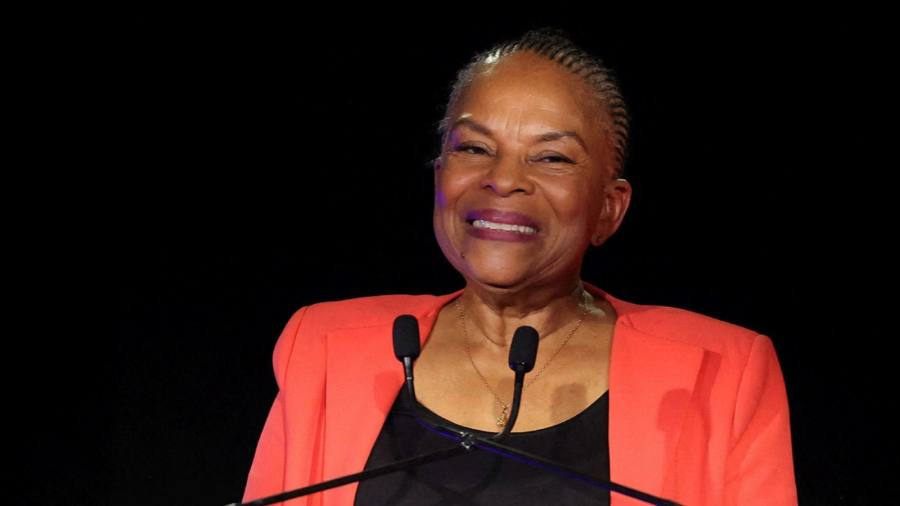 Nearly 400,000 French leftwing supporters chose former Christiane Taubira as their candidate for the presidential election in April after voting in an online “people’s primary” on Sunday, but the process was rejected by rival candidates and leaves the left in disarray as it seeks to prevent Emmanuel Macron from winning a second term.

The vote, in which participants graded the seven named candidates from “not good enough” to “very good”, gave Taubira a clear win, with 67 per cent of voters rating her at least “good”.

Yannick Jadot of the Greens and Jean-Luc Mélenchon of the far-left La France Insoumise (France Unbowed) party, came second and third, while Anne Hidalgo, the Paris mayor who is the Socialist party candidate, came fifth. However, all three have rejected the primary and have vowed to continue their own campaigns.

Taubira, a former justice minister in the Socialist government of François Hollande and an elected member of the National Assembly from the French territory of Guiana in South America for nearly two decades, immediately called for unity.

“We want a united left, a strong left,” she told supporters in Paris. “We have a good road ahead of us. . . We do not have the right to give up. ”

The French left has fallen on hard times since Macron, previously Hollande’s finance minister, shook up the country’s politics with his “neither right nor left” campaign that won him the presidency in 2017.

Recent opinion polls show Macron, who is expected to seek re-election but has yet to declare, in the lead with about 25 per cent of first-round voting intentions, followed by three candidates of the extreme-right and right: Marine Le Pen , Eric Zemmour and Valérie Pécresse. Several rivals on the left are also seeking the presidency, which is why the organizers of the primary sought to gather support for a single candidate. In the polls, Mélenchon is currently the most popular on the left, with about 10 per cent of voting intentions, followed by Jadot and Hidalgo.

Communist party leader Fabien Roussel is also standing, as are Nathalie Arthaud of the Workers’ Struggle party and Philippe Poutou of the New Anticapitalist party.

Taubira, who won 2.3 per cent of the vote in the first round when she stood for president in 2002, said on Sunday she would call on her rivals on the left to rally round her even though she understood their reluctance. But Mélenchon has already called the primary a “farce” and others have said they will ignore it.

The conservative Les Républicains party was also shaken by Macron’s 2017 victory, but a primary in December chose Pécresse as the sole candidate and so far her defeated former rivals, including Michel Barnier, the EU former Brexit negotiator, have given her their support and joined her campaign.