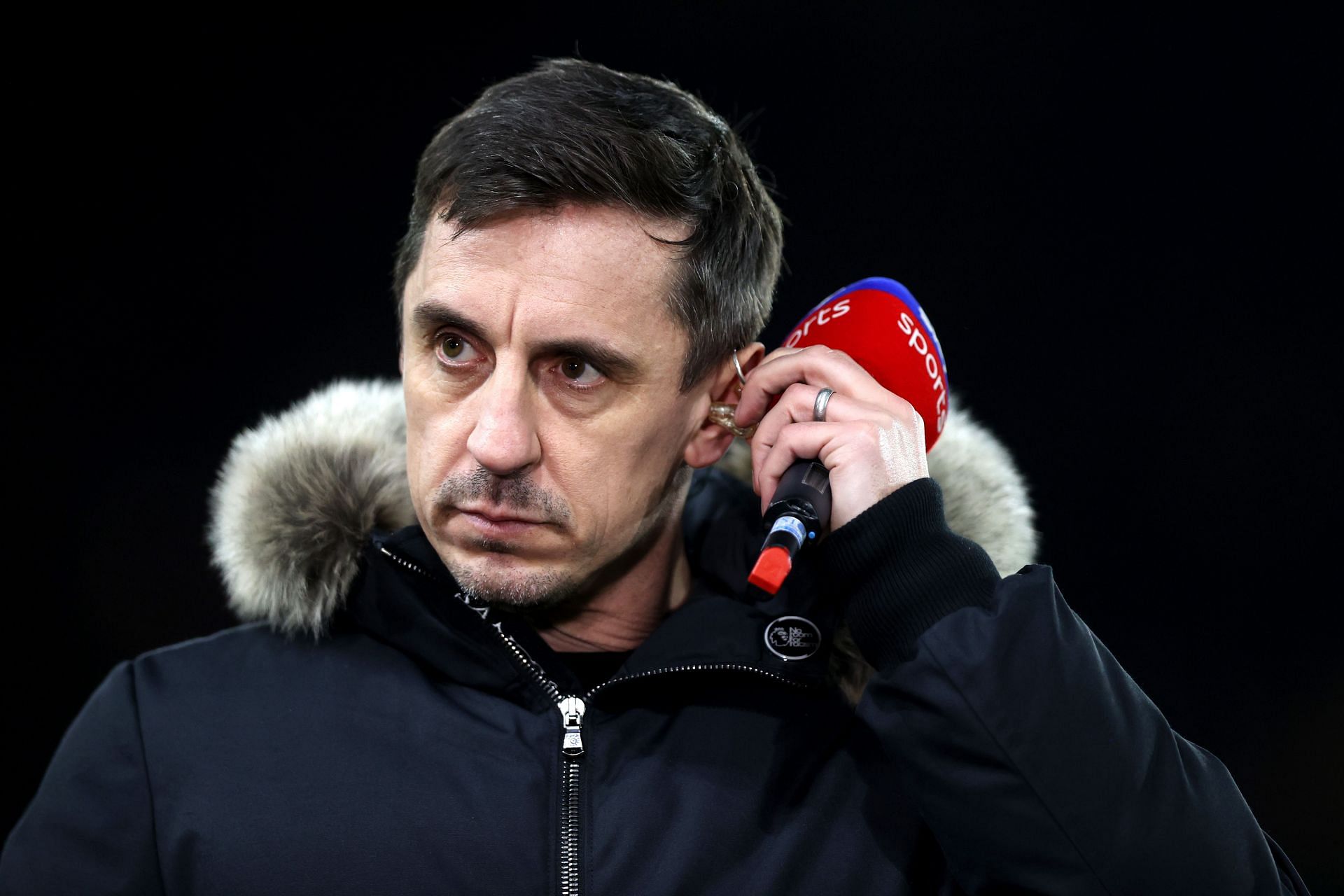 Gary Neville’s advice that players “lie low for a while” after failing to win every single football game is the latest in a week of bizarre sports declarations. We should be grateful though, in certain ways.

Managers and commentators have picked the perfect time to start saying ridiculous things: just before the international break. They are heroes for assisting us in this manner.

But also, maybe, do not say such ridiculous things all the time, okay?

It may be useful for football website writers who are running out of ideas (how about a top ten list of frantic international break features?). But it’s definitely bad for the sport, and on balance, that could be more important.

Bukayo Saka should toughen up and accept getting his body shattered as a reasonable price to pay for a top-flight career, according to Steven Gerrard.

For Gabby Agbonlahor, players aren’t supposed to celebrate winning football matches like Arsenal did after their victory against Aston Villa at the weekend.

“The way Arsenal celebrated it was like they’d won the Champions League!”

“The scenes from the players, it was like they’d won the league. I think they over did the celebrations. ”

The disingenuousness of each of these things binds them together. Both Agbonlahor and Gerrard have previously stated the exact opposite points.

Agbonlahor about Gerrard and Gerrard as manager of Rangers.

They both said what they thought they needed to say at the time – Agbonlahor in a desperate bid for relevance and Gerrard defending his team’s honor. Both are obviously incorrect.

An extremely sad tweet from Gary Neville, the man we hold in high regard, completed the trifecta this week. He’s just starting to show alarming indications of someone with an ‘in my day’ syndrome.

The fact that Manchester United and his country are both in bad shape is well understood, but Gary Neville has already embarked on a hazardous path.

On the off-chance you missed it, here’s what he said.

I remember a time when United players, managers, executives would not be seen in their local Italian after a draw at home let alone getting knocked out of Europe. This last week we’ve seen a global tour of F1, Concerts, Cricket and UFC events. This lot are Tone Deaf!

I remember a time when United players, managers, executives would not be seen in their local Italian after a draw at home let alone getting knocked out of Europe. This last week we’ve seen a global tour of F1, Concerts, Cricket and UFC events. This lot are Tone Deaf!

Now. Here are a few things to consider.

First and foremost, it sounds as if the United players are members of a band called Tone Deaf, and Gary Neville is performing the strangest “Welcome to the Stage” ever.

Second, it’s all a load of nonsense, isn’t it? After a terrible result, players do not hide in a darkened room for a week, self-flagellating. They frequently get hammered in the pub, as Gary Lineker pointed out. It bordered on gaslighting for Gary Neville to say otherwise.

But, like with Gerrard’s comments, even if Neville’s assertions were correct, he would still be incorrect.

When combined with Sergeant Agbonlahor’s celebratory policing, players are in a really bad condition.

When you win, do not celebrate; when you lose, mourn for a week. This does not appear to be a recipe for mental health.

As the game and its coverage slide deeper down feverish, tribal, bad-faith, bad-tempered roads, it’s becoming increasingly difficult for players to know what to do.

There are two strands that go through Gerrard, Agbonlahor, and Gary Neville: deception and a strange fetishization of dread.

Knowing your position, being intimidated into accepting unfavorable circumstances, and appearing to do the correct and macho thing.

Modern players are increasingly unable to win, and the notion that they are morally inferior to prior generations of players is simply untrue. They’ll be chastised for focusing on their social profile if they stay at home and update their Instagram story.