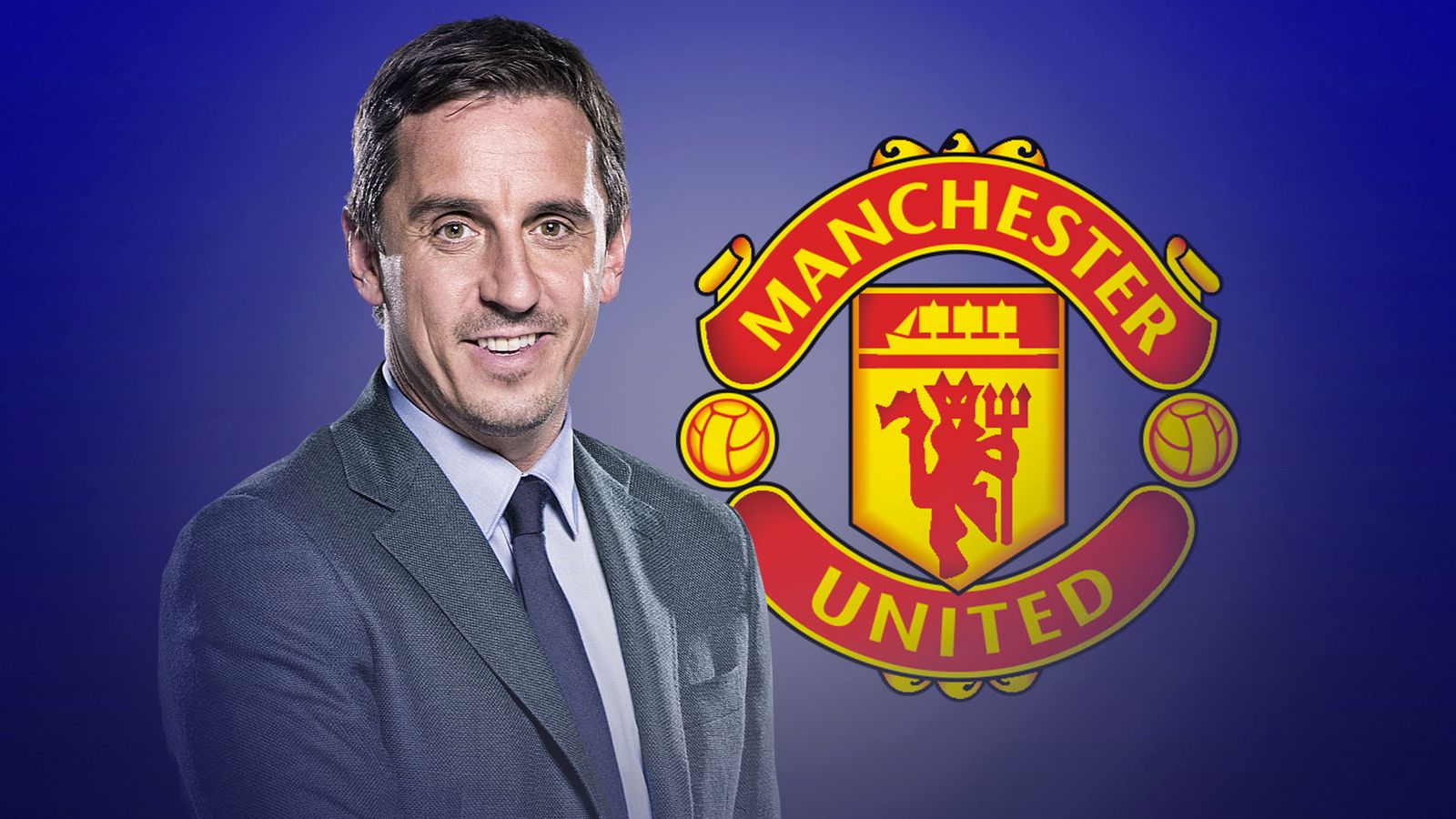 Gary Neville says Erik ten Hag will not be under pressure to win trophies for at least three years, such is the scale of the job he has to rebuild Manchester United.

The Ajax boss was named as United’s new manager on Thursday and will take up the role from interim head coach Ralf Rangnick in the summer.

Sixth-placed United are currently reeling from a 4-0 defeat at Liverpool, and Neville says Ten Hag has a lot of groundwork to do before he and his team will be able to compete with the likes of Jurgen Klopp’s side for major honors.

“What we’re seeing at this current moment is unacceptable,” said Neville. “That needs to be dealt with initially and Ten Hag has got a big job to get the club back up to those minimum standards that they need to achieve, which is attitude, work ethic, belief, confidence and then hopefully you start to think about winning trophies.

“But honestly, I would not be putting too much pressure on Ten Hag in the first one or two years to win a trophy at the club. It would be great if he did and he’d be overachieving, in my opinion.

“It will be: get into the top four, re-establish Man Utd in the Champions League, attract the players into the club who can play in the way he wants to play, and then get a system of belief.

“At the end of last season, I thought they were getting closer. But it’s all collapsed and fallen to pieces. I do not know why that happened. Ten Hag gets to pick up the pieces.

“So initial phase: build the foundations of what he wants to achieve then year three, four, five is when you start looking at him to win trophies.”

Liverpool’s big win on Tuesday followed the 5-0 drubbing they dished out at Old Trafford in October, and United have also suffered comprehensive defeats to Premier League leaders Manchester City this term. 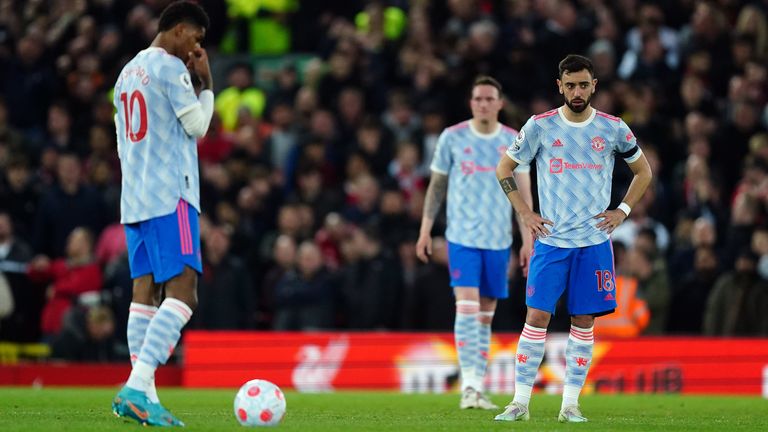 Gary Neville says new manager Erik ten Hag will have to repair the long-term damage that has been done by recent poor performances.

Neville believes the impact of those results and United’s wretched run of form which has seen them win just four of their last 14 matches could affect the trajectory of players’ careers – and Ten Hag may have to take that into account when he assesses who from the current squad he wants to bring with him on the journey.

“You can see it in their eyes when they warm up, when they walk out, when they’re playing. They just want these games over. But the problem is there is no hiding place at this club. They’ve got Arsenal Saturday , Chelsea next Thursday where all the eyes are still going to be on them and they’re going to have to try to turn up.They’ve got to find something from somewhere.

“I want to be careful in saying there’s long-lasting damage but the mental impact of what’s happening at the club at this moment in time, with the types of defeats they’re suffering, the type of criticism they’re getting, the fans booing them, that’s going to have long-lasting impact on some of those lads to the point where Ten Hag will have to make a decision whether he can recover it – and with some of them he may not be able to. .

‘Rangnick will tell Ten Hag who has to go’ 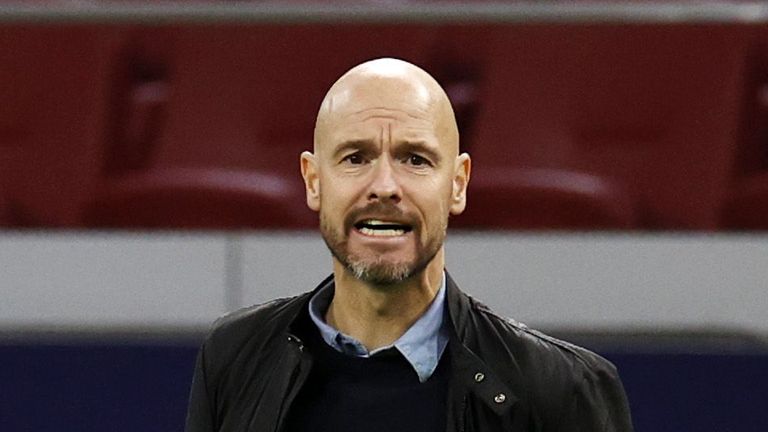 Gary Neville says Erik ten Hag will need to be given time to bring back success to Manchester United in the shape of trophies.

Recruitment is going to be a key focus, with Rangnick saying after the Anfield defeat United may need as many as 10 new players. But deciding who leaves the club to make way for those new recruits will also be important, with Sky Sports News understanding Ten Hag will tell United players he does not want any passengers at the club.

Neville expects interim boss Rangnick, who has seen the current squad up close and personal, to have strong views on who should stay and who should go.

“Recruitment is the most important job in a football club,” he said. “If you get the players wrong, you’re struggling.

“Man Utd have repeatedly flip-flopped over a 10 year period to different philosophies. There have been moments that I believed they were on the right track but how it’s unraveled in the last 8-10 months, from being in a Europa League final to where it is now is alarming.

“I can not explain it. I do not think any Man Utd fan can explain it, or probably anyone inside the club can explain why it’s gone from a level which was not at the very top but certainly going in the right direction , to a point where that dressing room looks broken in spirit, in energy, in belief in each other, in likeability of each other as a group.

“Rangnick has had four or five months to assess that dressing room. I’m pretty sure they’ll be having pretty direct conversations about who he needs to get rid of.

“It’s on the tip of Rangnick’s tongue in every single interview he does and you feel like he’s going to go rogue at some point and start calling players out. He’s doing it in groups, he’s not doing it individuals yet, but there’s no doubt Rangnick will be passing on that very specific information about who Ten Hag needs to get rid of – and I’m sure Ten Hag will listen and buy into that. “

Man Utd are currently sixth in the Premier League, three points off the top four but having played a game more than both Tottenham (fourth) and Arsenal (fifth). Will they squeeze into the Champions League? Here are their remaining fixtures …