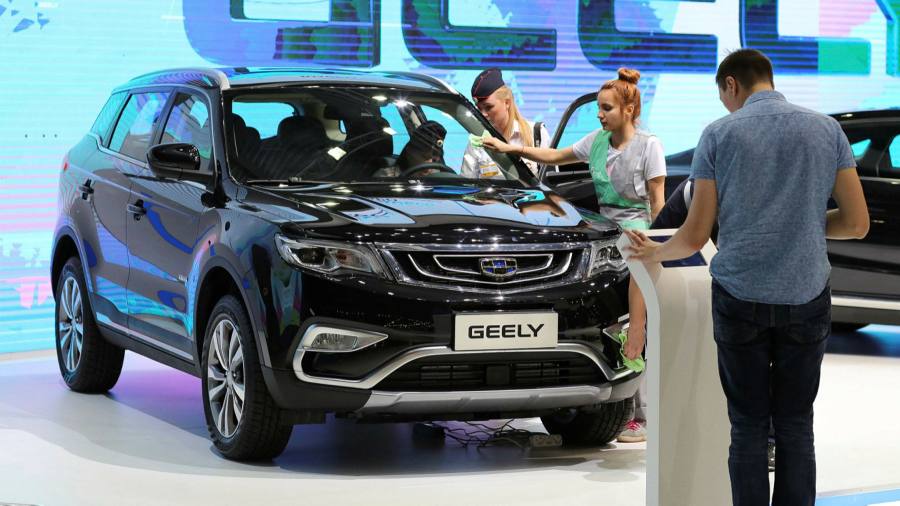 Geely is examining its future in Russia, casting doubt on expectations that China’s carmakers would push further into the country to take advantage of the exodus of international groups following Ukraine’s invasion.

Geely has suspended its operations at a factory in Belarus that exports to Russia, and has launched a review weighing the reputational risk to the brand of sticking with the country against the opportunity created by the halting of sales of major rivals from Volkswagen to Toyota.

The Beijing-based group, which owns Volvo and Lotus and has a minority stake in Mercedes-Benz, will consider potential supply chain problems and local market conditions, the company told the Financial Times.

“We are still monitoring the situation. Every element will be considered in this, ”the company said.

Its potential withdrawal bucks expectations from analysts and some industry insiders that Chinese groups may use the gap created by the exodus of rivals to gain a greater toehold in the Russian car market, particularly as they are facing pressure from Beijing to increase exports.

Chinese car exports to the country tripled last year to 123,000 compared to 43,000 in 2020, according to Bernstein, while the country’s exports overall doubled to 2mn.

Beijing has said it wants Chinese auto exports to rise to 5mn a year by the middle of the decade, more than double the current level.

Carmakers from Europe, Japan and Korea have all canceled sales into the Russian market following the invasion of Ukraine, while many are privately reticent about committing to resume exports, even in the event of peace.

BMW last week declined to answer a question about whether it will definitely return to the market, saying it will “cross that bridge” later on.

“The Russian market is absolutely a natural magnet for Chinese manufacturers given the current political climate,” said Michael Dunne, head of ZoZoGo consultancy and a longtime expert on China’s car market.

Geely’s market review and suspension of its Belarus plant, which serves the Russian market and has been hit with material shortages, highlights the dilemma for Geely and other Chinese groups.

The carmaker had targeted Russia as a growth market since 2007, building up annual sales to about 25,000 vehicles in 2021. That compares with company-wide exports of 115,000 and total sales of 1.3mn units.

Against a backdrop of snowballing international sanctions and a weakened Russian economy following the collapse of the ruble, Chinese companies are expected to be “cautious” over increasing investments, said the head of a Beijing-based auto industry group, who asked not to be named .

As well as Geely, Chinese carmakers Great Wall and Chery sell vehicles to the country, which is the third-largest market for Beijing auto exports after Chile and Saudi Arabia.

Each of the Chinese groups’ sales are smaller than non-Chinese rivals such as Renault, VW or Hyundai, but ahead of Ford, Mazda and the Stellantis brands that include Peugeot and Opel.

Great Wall also manufactures vehicles in Russia. Great Wall, Chery and SAIC, another major China auto group that is looking to increase exports, did not comment on their plans for the market. None has announced an exit from its Russian operations.

“There will be a reorganization of the [Russian] market, ”said one person close to one of the Chinese carmakers. “They [the Chinese brands] will definitely be opportunistic. ”

Tu Le, managing director of Sino Auto Insights, noted that Chinese carmakers are relatively inexperienced when it comes to maintaining a brand’s reputation in western markets.

“They’ve never had to deal with these kinds of external pressures in how they were perceived by foreign consumers,” he said.