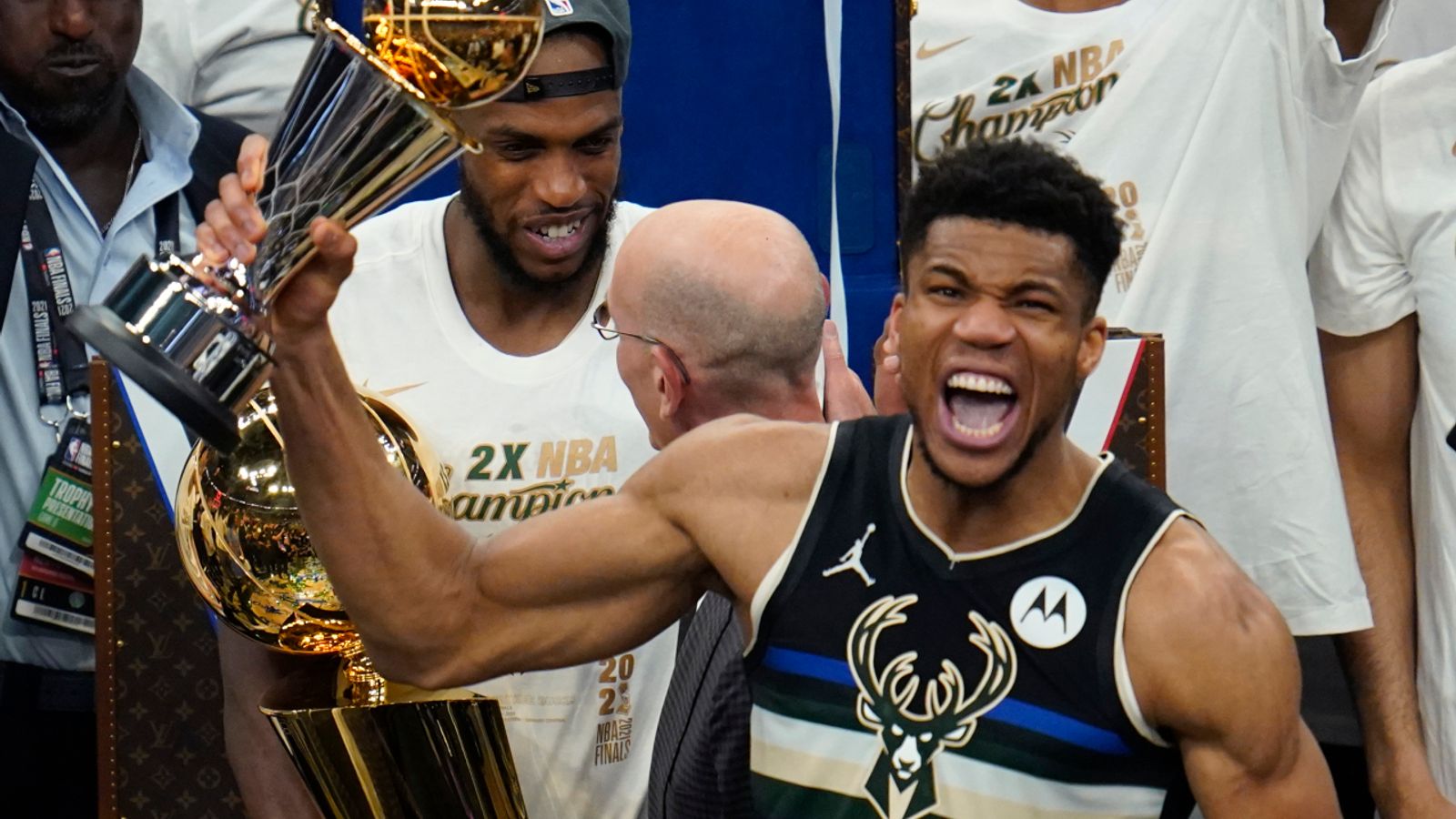 In this NBA era, hundreds of non-American players grace the hardwood. But Giannis Antetokounmpo has stood out among them all, especially after achieving his first championship win in 2021.

“It’s because of guys like Dirk Nowitzki,” Antetokounmpo told Sports Illustrated. “Pau Gasol, Tony Parker, Manu Ginobili, and those guys. Even older, Drazen Petrovic. They set the path for us.”

‘The Greek Freak’ is a nickname to memorialize, representing the freakish authority Antetokounmpo has applied over this generation of basketball. Selected by the Bucks as the No 15 overall pick in 2013, Antetokounmpo’s determination to bring a championship title to Milwaukee came full circle in 2021, defeating the Phoenix Suns in the NBA Finals.

It has been a quick yet powerful journey since he entered the league at just 18-years-old. The early days of Antetokounmpo’s NBA career were similar to Nowitzki’s, both taking big leaps for a chance in the NBA. He came to the United States having two seasons of semi-pro experience with Filathlitikos in Greece where he grew up playing after his Nigerian parents emigrated there.

In his rookie season, he appeared in only a handful of games for the Bucks.

“It was difficult [in year one]. I felt lonely at times. Thank God, I had people around me that helped me on a daily basis. But it was definitely hard living without my family here, “Giannis told Sports Illustrated.

Within the next five years, Antetokounmpo grew nearly two-and-a-half inches and put on a recognizable amount of muscle. His breakout year happened in the 2016-17 season, averaging 22.9 points, 8.8 rebounds and 5.4 assists as well as leading Milwaukee to the playoffs where they were eliminated in the first round.

In that same season, Giannis was named a first-time All-Star and won the NBA’s Most Improved Player award.

Antetokounmpo continued to take the league by storm, earning back-to-back MVP honors in 2019 and 2020. Additionally, he also won the league’s Defensive Player of the Year award in his second MVP season – one of only three players in NBA history to win both awards in the same season.

Recognized among the top 75 elite players in the league, Giannis took notice of the company he is among and was named a captain for the 2019 NBA All-Star game in Charlotte.

“It’s crazy. Before I came into the league, I was looking up to [LeBron James]. Now I’m in the locker room and sharing a meal with Team Giannis. Like, I’m leading the All-Star team! “Antetokounmpo told the Washington Post his experience.

“You know, picking teams with LeBron James! If you told me that six years ago, I would never, never, never thought I would be in this position right now.”

All these accomplishments led him right to center stage, the 2021 NBA Championship. His performance would shake the basketball world, dropping 40 points in Game 2 against the Suns and then a huge close-out performance of 50 points in Game 6 to bring Milwaukee their first NBA title in 50 years.

He was crowned Finals MVP after averaging a record-shattering 35.2 points, 13.2 rebounds, 5.0 assists 1.8 blocks and 1.2 steals. His jersey was ranked the third most popular of the 2021-22 season, according to NBAStore.com.

Antetokounmpo took the Larry O’Brian Trophy all the way to Athens that August, along with his brother and team-mate Thanasis, and joined their mother to commemorate his win at home in Greece.

“I know I can dominate the game,” Antetokounmpo said to the Washington Post. “I also know I’m not anywhere near being a finished product.”