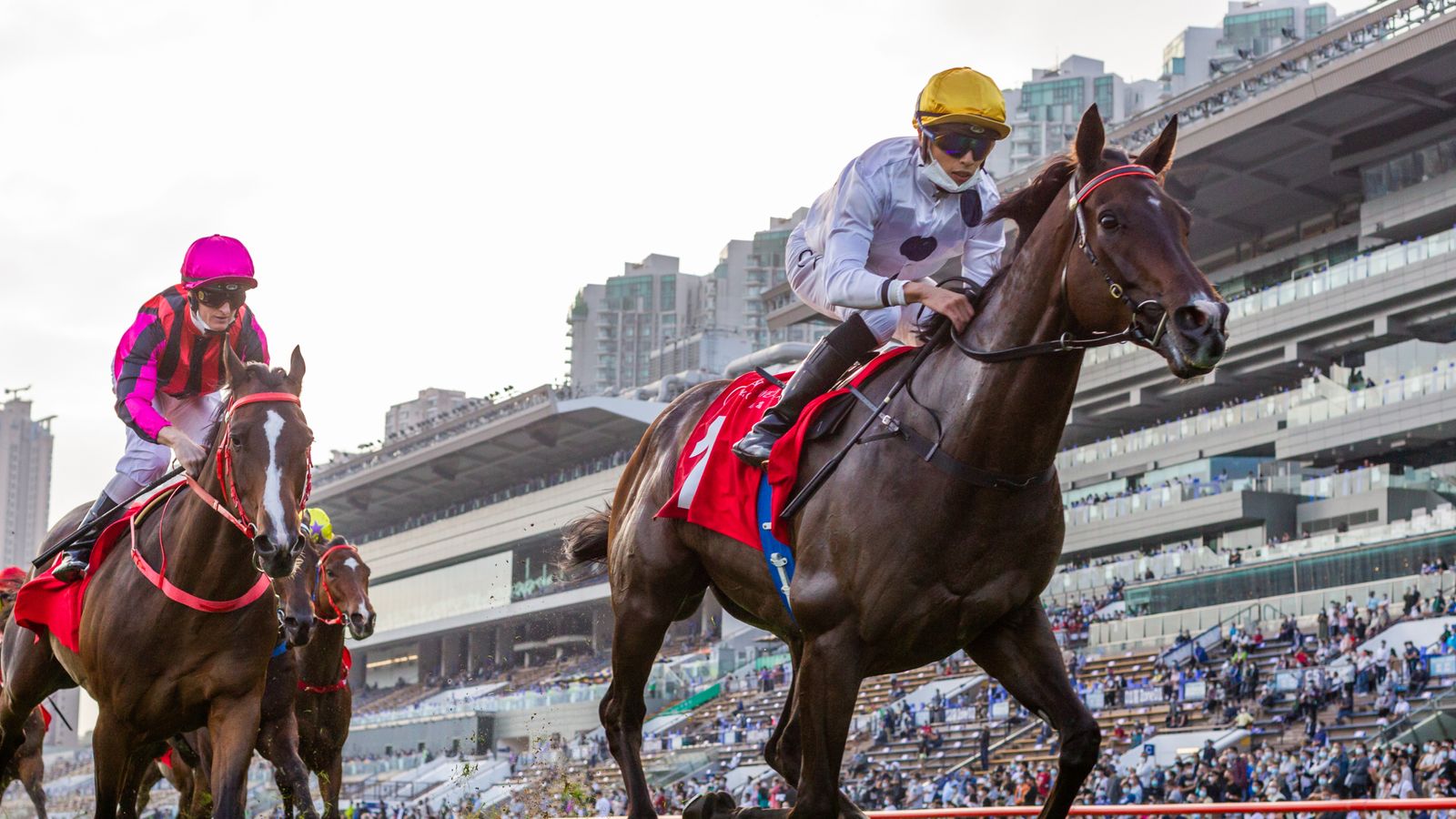 Golden Sixty is reported to be in peak condition ahead of the defense of his FWD Champions Mile crown at Sha Tin on Sunday, live on Sky Sports Racing.

The six-year-old, who was back to winning ways in the Group Two Chairman’s Trophy earlier this month, is looking for an unprecedented 21st victory in Hong Kong and is also poised to take over Beauty Generation’s Hong Kong prize-money record of HK 106,233,750 (£ 10.3m).

The nine-time course-and-distance winner has been handed a plum inside draw, racing from barrier number two, and connections believe that is the perfect position for this mile specialist to thrive once again at a venue he has lit up on many an occasion.

Big-race jockey Vincent Ho, who has ridden Golden Sixty throughout his career, said: “We’ve got a good draw and obviously there should be two or three horses that will have some good pace. Draw two is perfect for us and we can just track up to them and run them down in the straight.

“He’s 100 per cent. He’s right on track and fitter than last time. He’s always got the fighting heart. Since his last start, he’s brought on his fitness more and we’re confident going into this race.

“Every time I ride him is a privilege and to win on him is definitely something really special – words can hardly explain but every time there are goosebumps and every time is different.”

The pick of the opposition could prove to be California Spring, who drops back in trip following a head defeat in the BMW Hong Kong Derby last month.

Golden Sixty’s trainer Francis Lui has highlighted Tony Cruz’s four-year-old, who has won four times this season, as the rival he respects most in the line-up.

“California Spangle is a very strong opponent, he’s young and he has good speed. But barrier two will help Golden Sixty position himself in a very good place so he does not have to chase from too far back and hopefully he will win it again , “said Lui.

Elsewhere on the Sha Tin card, Hong Kong Derby scorer Romantic Warrior and Citi Hong Kong Gold Cup victor Russian Emperor go head-to-head in what could be a fascinating renewal of the FWD QEII Cup (9.40am).

Romantic Warrior has won six of his seven racecourse appearances so far in his career and the son of Acclamation now has the chance to make his mark at Group level.

Trainer Danny Shum said: “Taking on Russian Emperor is a tough race for him, he is a very good 2000m horse, but we have still got a chance.

“I think this race is the right choice. I’m really looking forward to the race, I’m very happy and really confident he can run a really good race.”