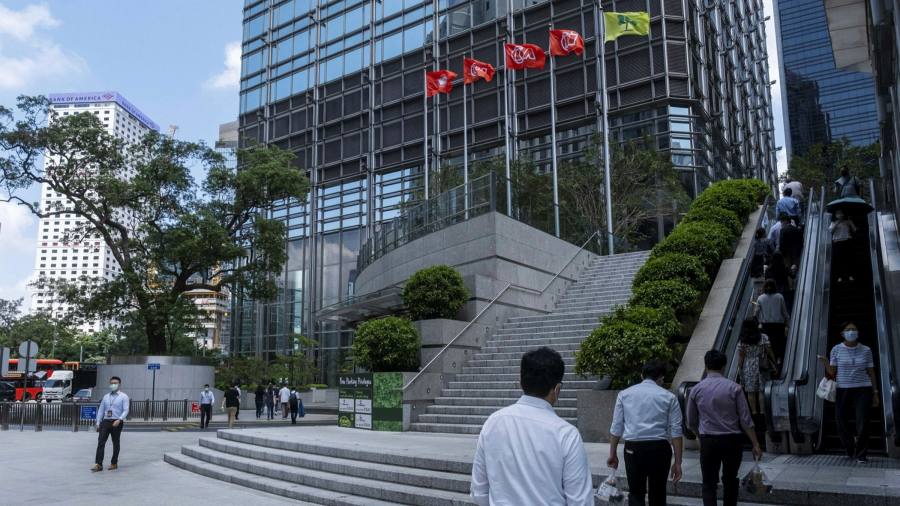 Goldman alerted the territory’s Securities and Futures Commission three years ago as part of an “informal” discussion about price drops in the stocks of a small number of Hong Kong-listed companies that occurred shortly before Morgan Stanley brought blocks of shares to market, one of the people said. “It’s noteworthy to file a complaint on a competitor,” the person said.

News of the previously unreported discussion comes as Morgan Stanley faces a US federal investigation into its block trading business, where bulk sales of shares by an investment bank are typically big enough to move markets.

US authorities are investigating several Wall Street banks over suspicions that some investors may have obtained advance warning of block trades, causing a company’s share price to fall sharply before the bulk sales were made.

The Goldman tip-off is the latest sign that the practices being investigated in New York could also affect Morgan Stanley in Asia. In February, the Chinese securities regulator ordered Morgan Stanley to provide it with information relating to the US block trades probe. Hong Kong’s financial regulator has also started asking banks about their block-trading practices since the US investigations were made public, according to two people close to the matter.

It is not known whether Hong Kong authorities investigated the claim by individuals at Goldman.

Morgan Stanley, Goldman and the SFC declined to comment.

In Hong Kong, part of the attention from rival banks in 2020 focused on Morgan Stanley’s block trades for companies including WuXi Biologics, a Chinese pharmaceutical company, according to two people close to the matter. Morgan Stanley executed nine block trade transactions for WuXi between 2020 and 2021, according to Bloomberg data. There is no suggestion of wrongdoing by WuXi. The Chinese company did not respond to a request for comment.

One person close to Goldman said there had been frequent conversations within the bank’s equity capital markets division about “movements in stocks where Morgan Stanley subsequently executed block trades”, as well as scrutiny over the bank’s record of winning block trade deals.

Morgan Stanley disclosed earlier this year that since 2019 it had been responding to requests for information from the US Securities and Exchange Commission into its block-trading business.

The US Department of Justice had also requested information on its block-trading business as part of its own investigation since August 2021. The SEC has sought information from other banks, including Goldman, for their communication with a wide range of buyers, including hedge funds .

For Morgan Stanley, the investigations have cast a shadow over its equities franchise, which between 2018 and 2021 earned more in fees from block trading in the US than any other bank, according to Dealogic.

Asked about the investigations in the bank’s earnings call last week, James Gorman, Morgan Stanley’s chief executive, said he could not comment on continuing investigations, but added: “You can look at our equities business and how it performs generally and how it has done over many, many years and its current performance and draw whatever conclusions might be appropriate. ”