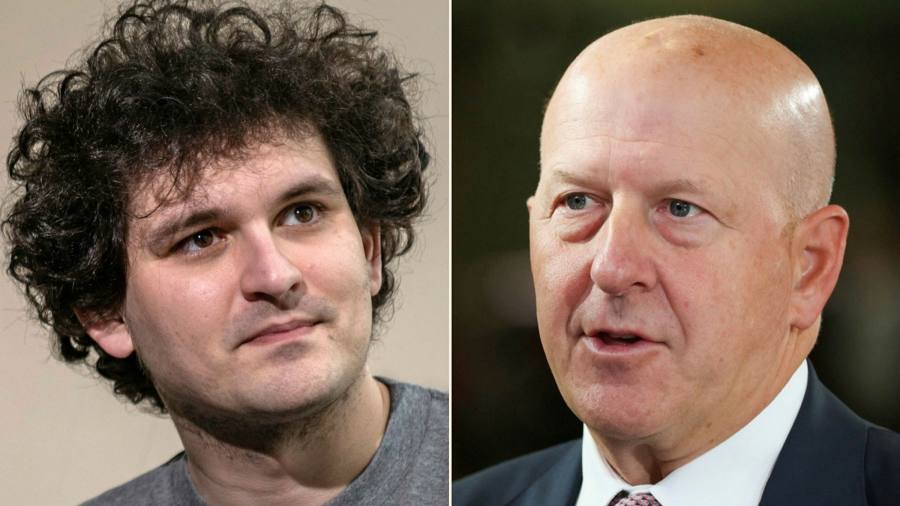 The meeting, which took place in the Caribbean, according to people familiar with the matter, is the latest sign of the growing influence of crypto companies in the traditional financial services sector.

During the meeting, Solomon and Bankman-Fried discussed Goldman advising FTX in its discussions with US regulators, in particular the Commodity Futures Trading Commission, the US derivatives watchdog, according to two people familiar with the matter.

In March, FTX filed a proposal to the CFTC that would allow it to sell leveraged crypto derivatives to retail investors and settle their trades directly, cutting out intermediate financial brokers such as Goldman.

Goldman is also eager to advise the crypto start-up on future funding rounds and the two chief executives discussed whether the bank could take a role in a potential initial public offering of FTX, two people said.

FTX, which was founded by the now 30-year-old Bankman-Fried in Hong Kong in 2019, was valued at $ 32bn in January, more than the market capitalizations of Credit Suisse or Deutsche Bank.

Goldman led a syndicate of banks that advised crypto exchange Coinbase on its Nasdaq listing in April last year, which initially valued it at $ 85bn, although its share price has since dropped.

One of the people close to the Goldman meeting said Bankman-Fried was primarily exploring private fundraising options in the short term and had not yet made a final decision on whether to take FTX public.

A third topic of discussion during the meeting was whether Goldman had “future collaboration potential” with FTX on “market making” in crypto trades as the Wall Street bank steps up its presence in digital asset markets, according to one of the people close to the talks.

Solomon and Bankman-Fried also discussed Goldman providing traditional banking services to the exchange. Major lenders have been reluctant to open accounts for crypto exchanges because of concerns about the market’s nascent regulatory status and the risk of financial crime such as money laundering.

FTX, which moved its headquarters from Hong Kong to the Bahamas last year, and Goldman Sachs declined to comment on the meeting.

FTX has rattled some traditional finance groups with its application to the CFTC. FTX wants to automate risk management and eliminate the need for brokers in financial markets after acquiring a US regulated futures exchange LedgerX last year. 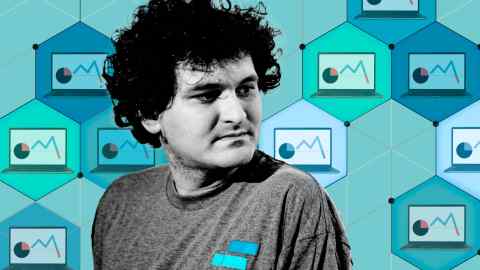 Goldman was one of the first banks to create a cryptocurrency trading desk in 2018 to trade Bitcoin futures before it shut down the unit just months later when the price of the cryptocurrency collapsed. The bank revived its role in the booming digital assets market in March last year.

Some Wall Street traders have pushed bank executives to move further into digital asset markets, but uncertainty about regulatory boundaries in the US and elsewhere has provoked bail.

Banks are unable to trade cash cryptocurrency products but some of them, including Goldman, have been active in trading futures and some other derivatives markets since last year.

FTX has grown into one of the world’s largest crypto trading exchanges since it was launched in May 2019. Its latest funding round attracted blue-chip investors including Japan’s SoftBank and Canada’s Ontario Teachers’ Pension Plan.

Last year, Bankman-Fried told the Financial Times that if FTX became the world’s biggest crypto exchange, overtaking rivals Coinbase and Binance, then buying a financial institution such as Goldman would be “not out of the question at all”.

Previous Post
Republican state lawmaker hits back at Disney for ‘trying to import California values’
Next Post
Amazon unveils Buy with Prime, which lets third-party merchants use Amazon’s shipping and logistics network to fulfill orders on their own sites (Annie Palmer / CNBC)

Fanatics display at the All-Star Players House Presented by MLBPA located at the Corner Alley Bar & Grill on July 07, 2019 in Cleveland, Ohio.Duane Prokop | Getty ImagesTopps is launching a line of trading cards featuring college athletes this... 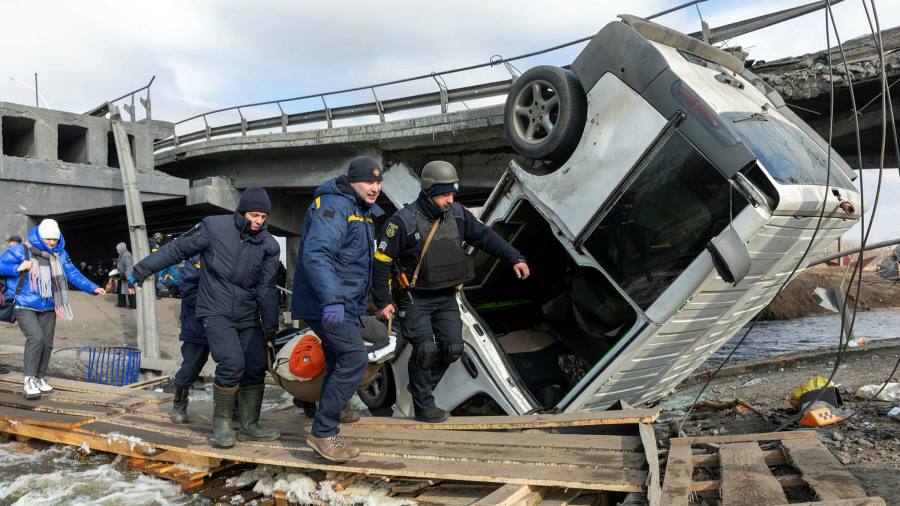 Ukraine renewed its efforts on Thursday to rescue civilians trapped in towns besieged by Russia as the two sides prepared to begin the highest level talks since the start of Vladimir Putin's invasion. Against the backdrop of another night of...

US politicians told to mind their language over Northern Ireland protocol

One of Boris Johnson's ministers has hit back at senior members of the US Congress as tensions flare between the two countries over Downing Street's decision to rewrite the Northern Ireland protocol.Conor Burns, a Northern Ireland minister and close ally...