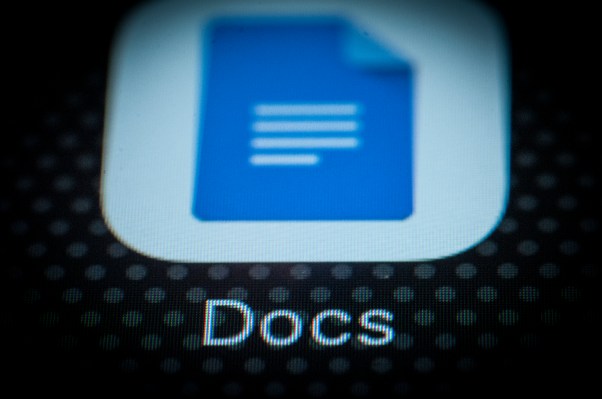 Google shared a blog post with Google Workspace customers announcing some good news for all Markdown fans out there. Google Docs can now automatically convert Markdown formatting to rich text.

If you’re not familiar with Markdown, this markup language has become very popular over the past few years if you want to write structured documents – and especially web content. For instance, popular note-taking tools like Notion or Bear support Markdown. Content management systems like WordPress also let you enable Markdown as a way to write new posts.

This new feature for Google Docs is off by default. You have to manually turn it on in the settings first. That’s why I’m writing this post. If you want to enable Markdown support, open a document in Google Docs, head over to the top of the screen, go to ‘Tools’ then ‘Preferences’ and enable ‘Automatically detect Markdown’. After that, you’re good to go. If you can not see the feature today, that’s normal as the company is rolling out the new feature progressively over the coming days.

Again, do not expect extensive Markdown support. Google Docs is still a rich text editor and this is not going to magically change once you enable the Markdown feature.

Instead, Google Docs will replace common Markdown formatting with rich text. For instance, you can create links with parentheses and brackets like [this](https://techcrunch.com). You can italicize text by surrounding it with the * character.

In other words, this new feature complements some keyboard shortcuts. It also makes it easier to copy Markdown content from one app to Google Docs, which can be particularly useful if you use a Markdown editor like Ulysses.

But… that does not work the other way. What’s great about Markdown is that it’s a plain text format that is compatible with multiple apps and services.

For instance, Google Docs should let you natively export the current document as Markdown so that you can quickly copy and paste it anywhere Markdown is supported. I know, there is a plugin for that. But not all companies are comfortable with plugins.

Hey Google, it’s a nice first step, but you have to iterate and offer more Markdown features, please. 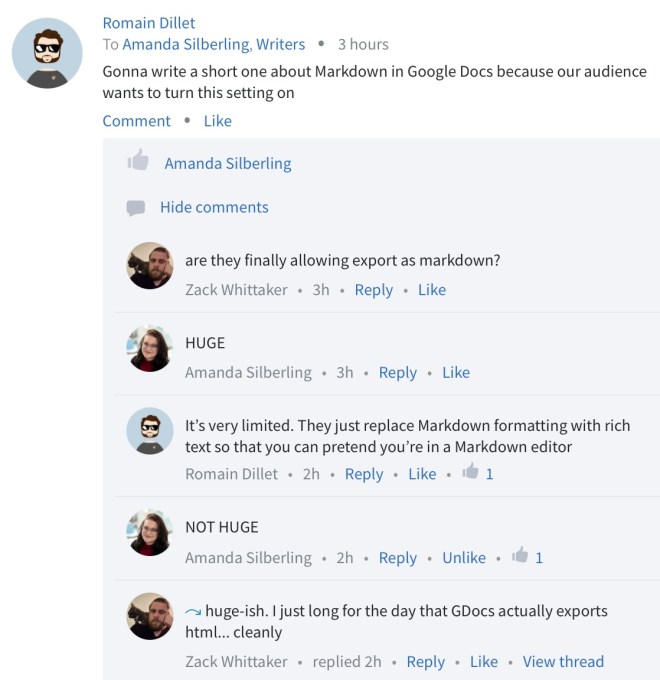