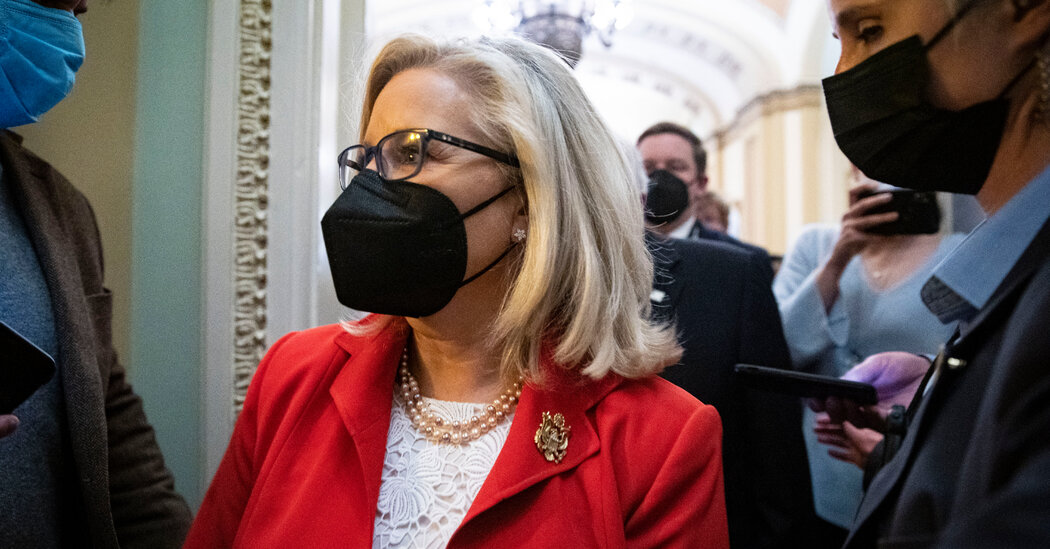 The day’s events, which were supposed to be about unity, only served to highlight Republicans’ persistent division over Mr. Trump’s attempt to overturn the 2020 election, as their leaders try to move forward and focus attention on what they call the failings of the Biden administration. More than a year later, the party is still wrestling with how much criticism and dissent it will tolerate.

“Shame falls on a party that would censor persons of conscience, who seek truth in the face of vitriol,” Senator Mitt Romney, Republican of Utah, wrote on Twitter. “Honor attaches to Liz Cheney and Adam Kinzinger for seeking truth even when doing so comes at great personal cost.”

He did not mention that the party chairwoman who presided over the meeting and orchestrated the censure resolution, Ms. McDaniel, is his niece.

The censure was also condemned by Senator Bill Cassidy, Republican of Louisiana, who, like Mr. Romney, voted to remove Mr. Trump from office for inciting insurrection on Jan. 6, and Gov. Larry Hogan of Maryland, also a Republican, who called Friday “A sad day for my party – and the country.”

Republican National Committee members defended the measure, describing people who have been questioned by the Jan. 6 committee as victims in a broader Democratic effort to keep focus on the attack at the Capitol.

“The nominal Republicans on the committee provide a pastiche of bipartisanship, but no genuine protection or due process for the ordinary people who did not riot being targeted and terrorized by the committee,” said Richard Porter, a Republican National Committee member from Illinois. “The investigation is a de facto Democrat-only investigation increasingly unmoored from congressional norms.”

The Jan. 6 committee, which has seven Democratic members, has interviewed more than 475 witnesses, the vast majority of whom either volunteered to testify or agreed to without a subpoena. It has no prosecutorial powers, and is charged with drawing up a report and producing recommendations to prevent anything similar from happening again.