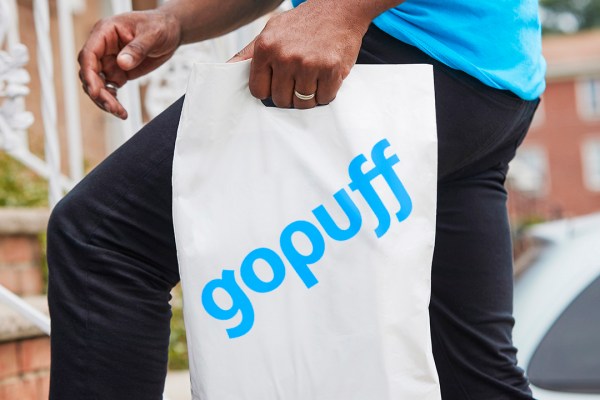 After launching its service in the UK late last year, Gopuff is officially expanding to Europe starting with France. In addition to the Paris area, the instant grocery delivery service is now live in Marseille, Lille and Toulouse. There are more European countries on the company’s roadmap, such as Spain.

For today’s market launch, the company is taking advantage of its acquisition of Dija – Dija had already soft-launched its service in France before Gopuff acquired the European startup. Gopuff has a ton of cash on hand as it raised $ 1 billion last year and is in the process of raising $ 1.5 billion.

Just like in other markets, the company operates a network of 20 dark stores with around 4,000 different products. Customers can order groceries, household essentials, alcohol, ice cream, diapers, iPhone chargers, you name it.

Gopuff also tries to partner with local brands to customize its offering to local customers. In France, it means that you’ll find fresh baguettes from La Parisienne as well as beers from La Fédération Française de l’Apéritif.

In France, Gopuff will compete with quite a few companies in the space, such as Flink, Gorillas, Getir, Zapp, Cajoo and more.

And yet, in an interview with TechCrunch, Gopuff’s co-founder and co-CEO Yakir Gola was quite confident in his company’s ability to execute well and become a market leader.

“The reason why we’ve expanded to Europe is because the customers have demanded it,” he told me. “We only come into a market once we’re really ready to win.”

According to him, Gopuff in particular has the best technology stack – both on the consumer side and rider side – to operate this kind of service at scale. It also has quite a big team already with 2,000 people working for Gopuff in Europe already – in France alone, there are 600 Gopuff employees.

When asked about the company’s performance in the UK, its first foray outside of the US, Gopuff is satisfied with its current growth rate. “We’re probably close to becoming the number one from a ‘daily new users’ perspective in the UK,” Gola said.

While instant delivery companies generate a ton of headlines from their big funding rounds, Gopuff thinks it is not successful because it has raised a lot of money. It can close big rounds because it is working well.

“We can take the profits from existing markets and reinvest them into new markets like Europe,” he said earlier in the interview.

There are many challenges ahead for this nascent industry. In addition to heated competition, some local governments have been working on strict new regulations against instant delivery services.

“The approach that we have taken as Gopuff – as a market leader – is a very different approach. Considering what we’ve done in the US, we’ve been very proactive with local governments, ”Gola said.

He admitted that Gopuff is trying to profoundly transform the grocery sector. “Look we’re disruptors,” he said. But he also candidly added that Gopuff is making the world a better place. “We’re changing people’s lives for the better and we’re doing it in the right way by partnering with neighborhoods,” Gola said.