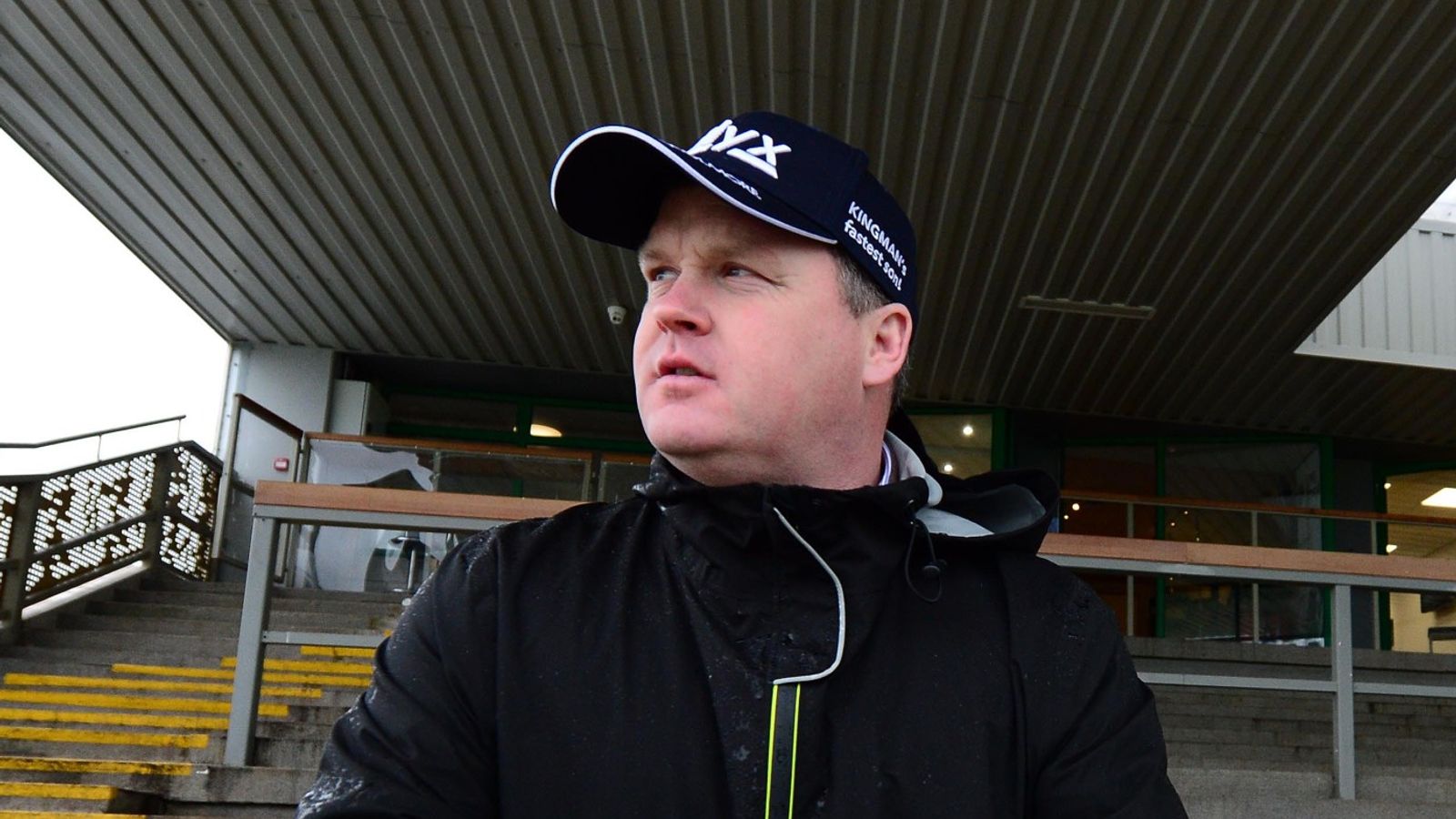 Gordon Elliott’s wealth of talent look set to be unleashed at the Cheltenham Festival with two genuine contenders to aim at the Gold Cup, if he gets his way.

Elliott is hoping he might get his way and persuade owner Michael O’Leary to run Conflated in the Gold Cup rather than the Ryanair Chase, after O’Leary stated on Sunday he expected the surprise Irish Gold Cup winner would drop back in trip at the Cheltenham Festival.

Kevin Blake spoke to Elliott earlier this week about several of his runners at The Festival later this month.

We’ve considered him to be our Champion Bumper horse for quite some time and have sent him down a similar path as we did with Envoi Allen and Sir Gerhard in the past.

He has shown us all the signs that those horses and even the likes of Don Cossack did early on in their careers in bumpers. We took him away to Fairyhouse this morning to work.

Jamie Codd rode him, and we were all very happy with him. He’ll probably go to Leopardstown for another bit of work on Monday.

He’s spot on and we could not be happier with him. Facile Vega obviously sets a very high standard, but Jamie has ridden in most of the bumpers this season and has a fair idea of ​​what’s what.

We will not be lying down, and I would not swap him.

He normally gets his way, but I hope I get mine this time. There’s only one Gold Cup. There’s probably been a bit of a kink in him in the past. When he’s good, he’s very good, but when he was bad, he was horrific.

I remember one day in a bumper at Thurles he cocked his jaw and ran off the track. I would not be surprised if there was some little niggly issue there that was affecting him, but he seems in a really good place for the last while.

He’s a lot more settled on the gallop, and he looks a lot better in physical terms. You can knock his form all you like, and I’ve heard plenty of lads saying this and that about it, but he beat last year’s Gold Cup winner by five-and-a-half lengths going away.

Whether they like it or lump it, he was very good the last day and that puts him in the conversation.

Fil Dor is entered in both the Boodles and the Triumph Hurdle. We’ll have a look at the weights before we make a final decision, but at this stage I suspect he’ll go for the Triumph.

Vauban was good against him the last day, but I think the new course at Cheltenham will suit Fil Dor very well.

Vauban looks to have an awful lot of pace, whereas our horse could be more of a three-miler in the long term.

We’ll see what the handicapper does, but he could go for the Ultima Handicap Chase or the Brown Advisory Novices’ Chase. I’ll discuss it with Michael closer to the time.

Galvin hasn’t done a thing wrong all season. At the start of the season, I thought he might be more of a Grand National horse, but he’s improved week in, week out.

This year’s Gold Cup is a race with questions next to most of the contenders. I suppose the only question next to Galvin’s name is that he might lack a gear, but since his win at Leopardstown’s Christmas meeting, we’ve been working him with a sharper type of horse and his work has been very good.

We know he stays, he loves Cheltenham, he relaxes, he jumps. If he’s within firing distance of them over the second-last fence, you know he’ll come home strong.

He would not be one I’d compare to Don Poli, not in the slightest. Don Poli was as slow as I am!

He’s in the Ballymore and Albert Bartlett. I’d say we’ll wait on the ground before we make a final decision. I do not think Ginto is as slow as some people are saying.

I’ve heard plenty saying he goes like a three-miler. As Naas, he had to make his own running which was not ideal. He was looking all around him and wasn’t doing a stroke, but he was never going to get beat.

Slotting in behind a good gallop at Cheltenham will suit him a lot better.

He’s going to go for the Albert Bartlett Novices’ Hurdle. He’s an unassuming horse at home, but I love the way he hits the line in his races.

I thought he hit the line really well in his last start at Leopardstown after Danny Mullins rode the lads to sleep a bit on the winner.

He made a mistake at the second-last that day too and he’ll learn from it. Jack is getting to know him all the time and will benefit from that.

At this stage I’d say he’ll run in the Triumph Hurdle. I’d say he’s a faster horse than Fil Dor and will most likely always be a two miler.

He was impressive the last day and looks to go there with a big chance.

The one thing I loved about her was the attitude she showed to put her head down and come back at the winner after making that mistake and having her ground taken from her on the run-in.

She was entitled to lay down, but she recovered really well. She’s not a mare that I gallop a lot at home as she can be quite highly strung.

If you saw her the first day she ran over fences, she looked like a rasher! She looked very, very fit. But she’s the more she races, the more weight she’s putting on.

She looks better now than she did at the start of the season, which is the opposite of what you’d see more often.

He’s been the horse of a lifetime. Anyone that comes into this yard, especially kids, the first horse they want to see is Tiger Roll. We probably do not realize how lucky we are to have a horse like him.

We brought him over to Cheltenham last week to school him around the cross-country course and he was very good. The one thing we always worry about with Tiger Roll is the ground. He is not the same horse on soft ground.

There’s only one place I care about winning with him and that’s the cross-country race at the Cheltenham Festival. I would not worry about his form this season, if the ground comes up good at Cheltenham, he’ll come alive.

He’s getting older, it would be hard to say that he could have all his ability, but if he can turn up in 80% form compared to his best in previous years, I think he’ll take all the beating.