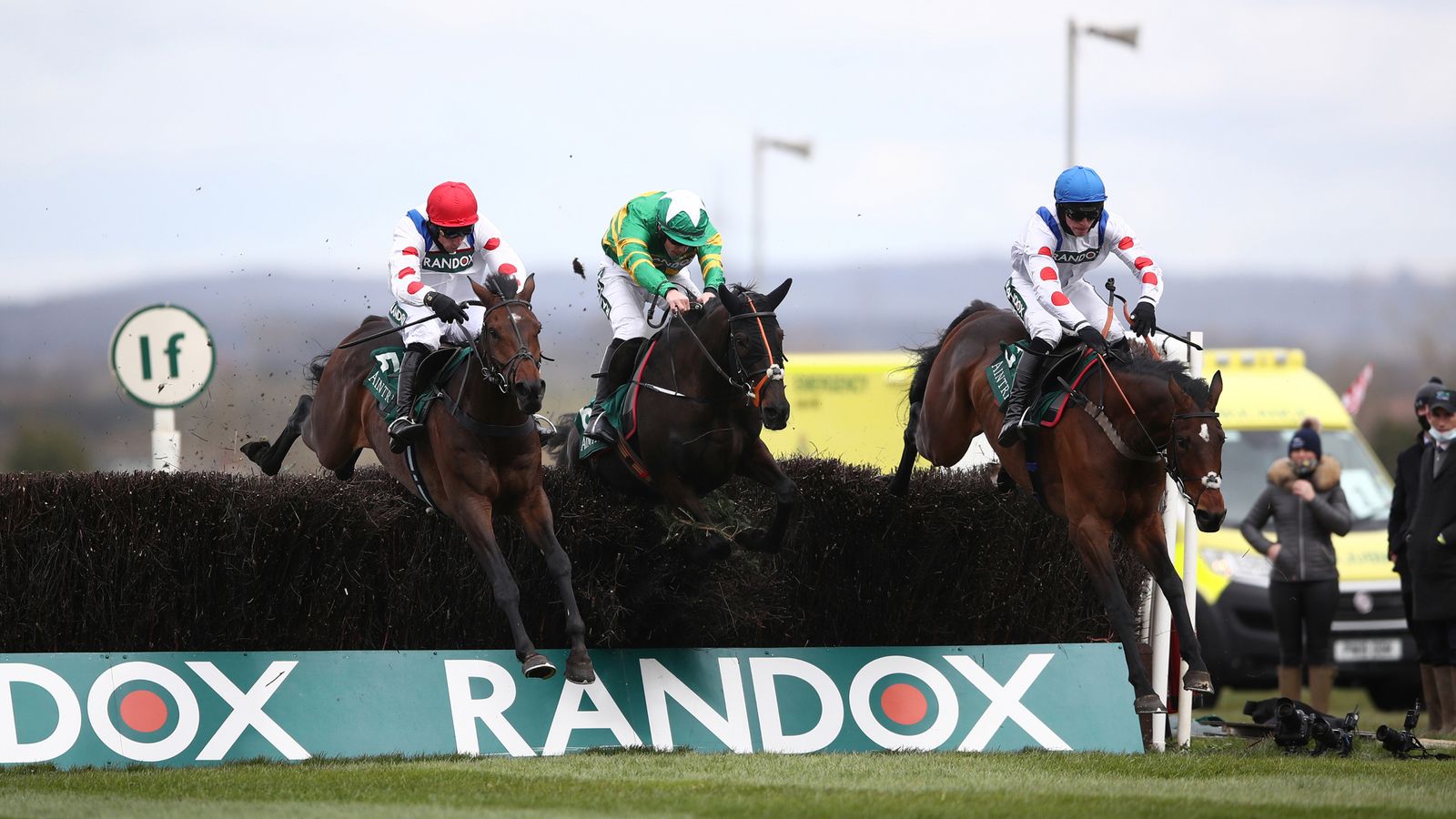 At The Races expert Alan Thomson analyzes every runner and gives his selection for Thursday’s big Grade One over fences at the Grand National Festival, the Betway Bowl.

Nigel Twiston-Davies has campaigned the gallant gray with considerable success throughout an illustrious career, but at the age of 11 Bristol De Mai’s very best days are almost certainly behind him.

His best effort in this contest came in 2018 when splitting Might Bite and Clan Des Obeaux, followed by a fourth to Kemboy 12 months later.

He arrives here on the back of a typically gutsy effort in the Haydock Grand National Trial, spread-eagling his rivals until finding the 19lb concession to The Galloping Bear just too onerous.

Demolished his rivals 12 months ago, running out a 26 lengths winner from Clondaw Castle, but this is shaping up to be a deeper renewal.

Clan Des Obeaux wore cheek-pieces for the first time that day and now they are replaced by blinkers, which is slightly disconcerting. 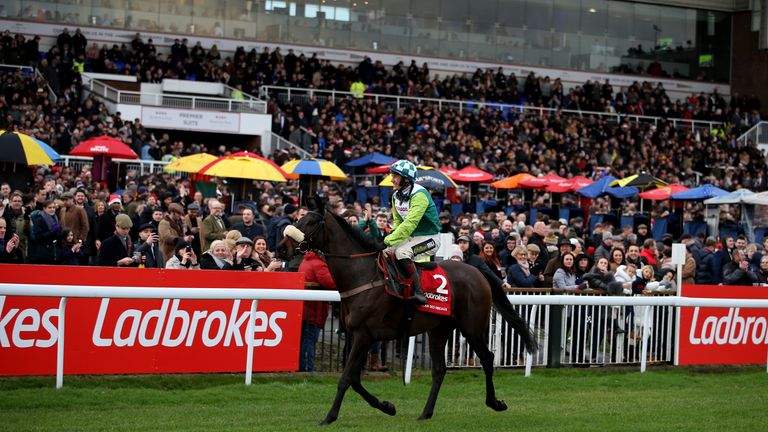 Harry Cobden discusses his Aintree contenders and describes two-time King George winner Clan Des Obeaux as his best chance of a winner in Liverpool this weekend.

He could still be the one to beat if re-capturing last year’s Punchestown Gold Cup form when mastering Al Boum Photo, the pair leaving Fakir D’oudairies and Kemboy trailing in their wake, but was put in his place by Tornado Flyer in the King George at Kempton on Boxing Day.

Clan Des Obeaux then under-performed (evens favorite) when a well-beaten third to Eldorado Allen and Royale Pagaille in the Denman Chase at Newbury in February.

His Cheltenham assignment was the shorter Ryanair Chase and Conflated was in the process of running an honest race behind imperious Allaho when falling two out.

His trainer made no secret beforehand that the Gold Cup was his personal preferred option in the Cotswolds but Conflated’s owner thought otherwise.

The eight-year-old remains relatively unexposed and is bang there on official figures.

Another eight-year-old going places. Colin Tizzard’s rising star has the measure of Royale Pagaille and Clan Des Obeaux on Denman Chase form at Newbury and should have recovered fully from his Cheltenham exertions when running third to Allaho.

This return to a flatter track probably plays more to his strengths but a cold-blooded analysis of last April’s fifth to Protektorat in the Manifesto Chase at Liverpool, beaten around 17 lengths, tempers full-out enthusiasm.

Tizzard won this race in 2016 with the admirable Cue Card.

It would come as a thunderbolt if Olly Murphy’s eight-year-old prevailed but his second to Allmankind here last October offers some encouragement to connections.

The first-time blinkers did not have the desired effect when pulled up at Kelso last time.

Ireland’s 2019 winner was the first seven-year-old in almost a decade to scoop this prize and he did it in exemplary style from the front, bounding nine lengths clear of Clan Des Obeaux.

Kemboy may not be the tour de force of old but his close-up third to Galvin and A Plus Tard in the Savills Chase at Leopardstown this winter was a timely reminder that he is no back number.

Advancing years have been no barrier to Betway Bowl success in the past, with Wayward Lad and Docklands Express winning at the ripe old age of 12.

Admirable sort and arrives on the back of a Kelso victory. Boasts solid course form, having landed the 2020 Old Roan Chase over 2m 4f, before running fifth in the same race 12 months ago.

Nuts Well again acquitted himself with credit when beaten 11 lengths by Fakir D’oudairies in the Marsh Chase here last April, but the form book points to more obvious candidates, especially over this stamina-sapping trip.

His star is on the ascendency. Landed the Grade 1 Manifesto Novices’ Chase here 12 months ago, beating in-form The Shunter, and again showed his liking for the Merseyside track when thumping Native River 25 lengths over course and distance in early December.

Yes, Native River was not the force of old (now retired) but Protektorat looked as if he could go round again, such was the ease of his victory.

Dan Skelton pitched him into the Premier League at Cheltenham, but Protektorat ran a cracker in third behind A Plus Tard and Minella Indo in the Gold Cup, surviving a serious final-fence mistake to edge out Galvin for the minor berth.

His Cheltenham Gold Cup fifth on drying ground was another step up the Grade One ladder and the Venetia Williams-trained gelding had Clan Des Obeaux ten lengths adrift when chasing home Eldorado Allen at Newbury.

His victory under a big weight in the Peter Marsh Chase at Haydock (rated 163) entitles Royale Pagaille to serious consideration.

Not totally ground-dependent but any further rain would be a bonus.

A high-class renewal and little wonder bookmakers are struggling to nominate a clear-cut favorite.

PROTEKTORAT has not looked back since undergoing a wind procedure following a flop at Kelso last winter and an unblemished Aintree record swings the vote in his favor.

Conflated has not quite captured the public imagination but now that his old quirks appear to have been ironed-out, he may be destined for the top.

The race has an attractive profile for each-way backers and KEMBOY would give his supporters a thrill if left alone out in front.