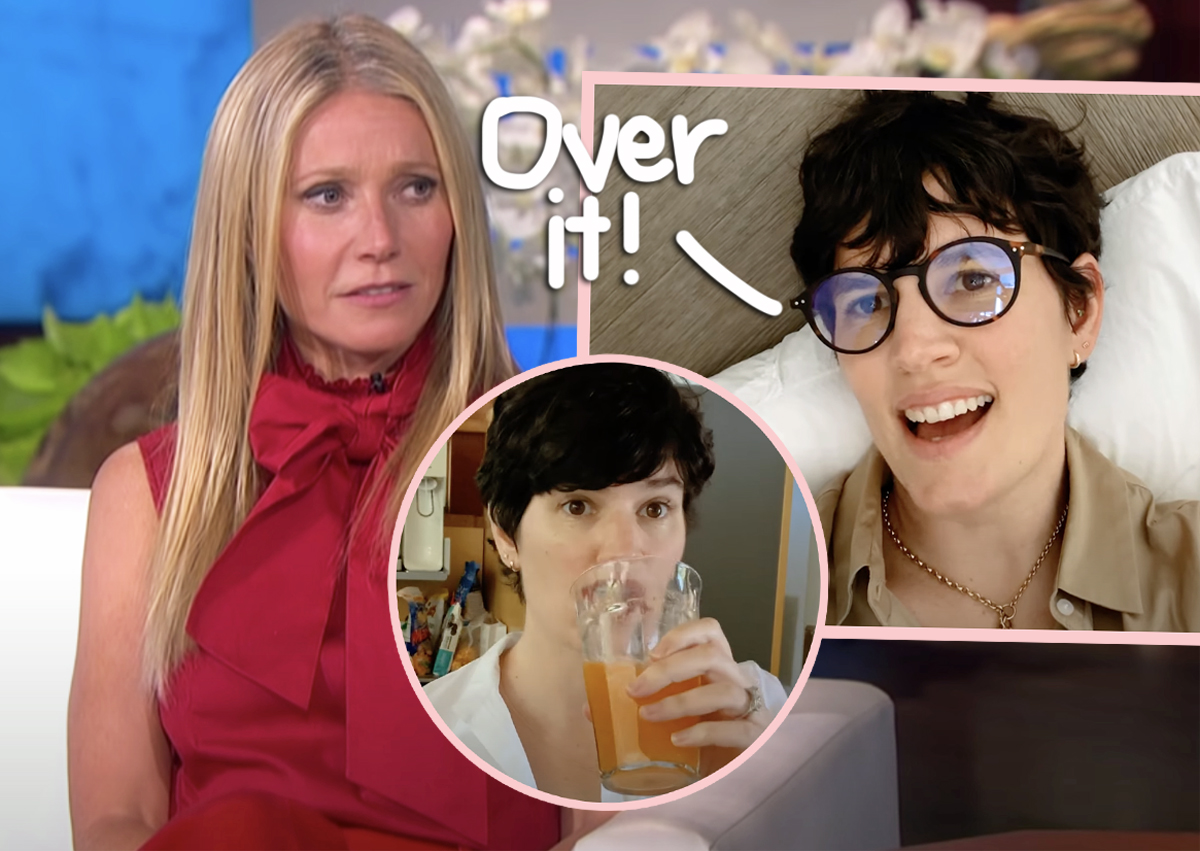 Uh oh! One of Goop‘s former employees is calling out the wellness company for negatively impacting the way she viewed her body!

Elise Loehnenwho used to be Gwyneth Paltrow‘s second-in-command, left her position as chief content officer at Goop in October 2020 to write a book and start her podcast Pulling the Thread. But she was also walking away from what she calls the “toxic” environment of cleanses that the organization heavily promotes.

If you did not know, Goop hosts their own cleanse for readers at the start of the year. Paltrow is also a huge fan of them in general, often posting about the latest health trend she’s trying out on social media, so it stands to reason that there would be a lot of experimenting behind the scenes of the lifestyle brand.

Related: Watch Out, Goop! Dakota Johnson Is In The Sex Toy Business Now Too!

In a candid new Instagram video published on Tuesday, Elise declared that she “decided to forswear any cleansing” immediately after leaving – the beginning of what would become a two-year journey of unpacking the “distorted” body image issues she claims to have gained at Goop. Wow.

On why cleansing had become so problematic to her, Loehnen shared:

“To me, it had become synonymous with dieting and restriction, and I felt like I was not in a healthy relationship with my body, where I was always trying to punish it [and] bring it under control. ”

To combat this behavior, she decided to do the exact opposite by “eating like a teenager for two years and enjoying it.” While maybe a drastic approach to some, this freedom to eat whatever and whenever she wanted has certainly helped, she noted in the caption:

“I vowed to never do another cleanse again and went into full rebellion, which has been kind of fun, and definitely healthy in terms of letting go of ideas of what my body should look like as a 42-year-old who has had two kids. I needed to break a tendency to be critical and punishing. To chastise myself. All of it. I stopped weighing myself completely. ”

In a new episode of her podcast with guest Ellen Vorashe started to realize some of the problems that her new habits carried, adding:

“When I talked to my friend @ellenvoramd on Pulling the Thread recently, we explored diet and she reminded me that wellness culture can be toxic AND that eating an abundance of overly processed foods can also be toxic. And I realized in that moment that I’ve kind of deserted how my body actually feels – as much as I’ve enjoyed two years of eating whatever my young kids want. And that I’m clearly being called back to a place somewhere in the middle because my stomach often hurts. ”

She has already started to find that middle ground!

The author just tried a new cleansing program called Kroma Wellness, which focuses on broths, juices, and lattes, and loved it! She picked the plan because it also encouraged people to eat veggies, proteins, and extra snacks (that they provided) whenever they were hungry. To further distinguish this cleanse from the nightmarish ones of her past, Elise decided not to weigh herself at all during the process, noting:

“I thought I would hate the whole thing but I decided to do it differently. I did not weigh myself, before, during, after, and I chose the version that lets you eat extra veggies and proteins as you want. It did not feel restrictive, at all, I was not hungry, and I felt much better after. What’s more exciting is that I did not retaliate by eating badly immediately. It just released me into a new, slightly healthier lane. ”

Related: Grey’s Anatomy Writer Who Wrote Episodes Based On Her IRL Health Issues MADE IT UP ?!

While her mind has been opened to the idea of ​​cleanses again, she has NO intention of going back to the restrictive state of mind she found herself in at Goop, insisting:

“I refuse to punish myself with food, or hold myself under the weight my body seems to want to be anymore. I do not have the energy or the interest, thankfully. (And more importantly, I’ve come to realize that I really like my body and am grateful it is mine.) Hopefully I’ve broken that cycle for good. ”

Gwyneth and Goop have yet to address the comments, but, we double they will. It does not really sound like Elise holds a grudge against them – it’s more of how she was dealing with the pressures of diet culture and body image. Finding a balance is seriously key and we’re glad to see she’s well on her way to that. Check out her full post (below)!

Thoughts ?! Are you surprised she felt some of Goop’s messaging and programming was “toxic”?