Who is red-hot in the Premier League right now? Sky Sports ranks every player over the last five matchdays …

Chelsea playmaker Hakim Ziyech has retained his place atop the Premier League form chart after registering his third goal in as many games in the 1-0 win over Crystal Palace a week ago – with the Blues’ weekend league fixture postponed due to the Carabao Cup final.

Liverpool goalkeeper Alisson held his runner-up spot and closed the gap with Ziyech after extending his tally of clean sheets to 13 in the 6-0 demolition of Leeds.

How are the Power Rankings calculated?

The Power Rankings are based on points awarded to players for 35 different statistics – from goals and assists, to blocks and tackles. The standings take into account the number of points a player has earned up to the previous five matchdays of a season, with each previous game worth 20 per cent fewer points in incremental deductions. 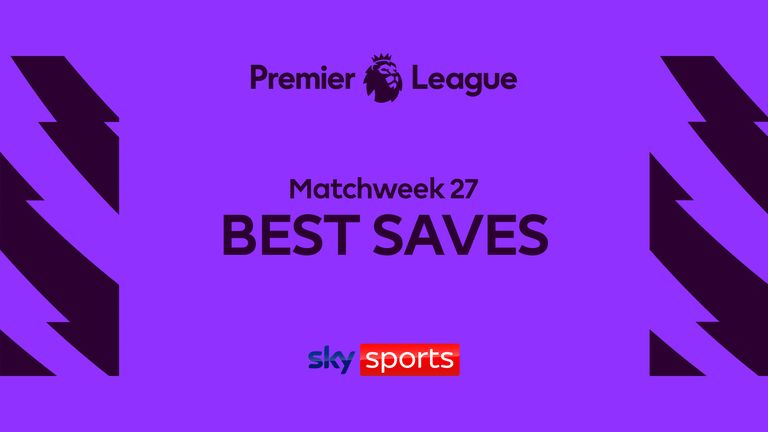 Our pick of the best saves from Matchweek 27 including great stops from Ben Foster, David Raya and Jordan Pickford.

Team-mates Sadio Mane (No. 3), Joel Matip (No. 4), Virgil van Dijk (No. 5) and Mohamed Salah (No 7) all climbed the rungs to land top-10 spots after getting on the scoresheet during the formidable midweek win at Anfield.

Harry Kane (No 6) edged up the chart with another man-of-the-match performance in a 4-0 win over Leeds on Saturday, scoring a side-footed strike from an acute angle and spraying a defense-splitting pass to tee up Heung -Min Son and set a new Premier League record of 37 goal combinations between the pair. 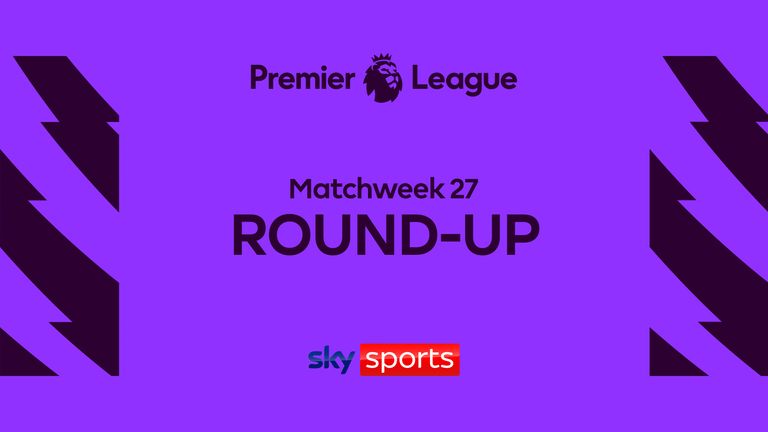 We take a look at all the action from Matchweek 27 of the Premier League season.

Aston Villa full-back Matty Cash (No 8) scored his second goal of the season with a precise drive from range to break the deadlock in a 2-0 win over Brighton – landing his highest standing in the form chart so far this term.

Newcastle midfielder Joe Willock (No 9) and Southampton kingpin Oriol Romeu (No 10) were also among the elite, with Willock netting his second goal in as many games in 2-0 victory at Brentford and Romeu smashing home a stunner during a 2-0 win against Norwich.