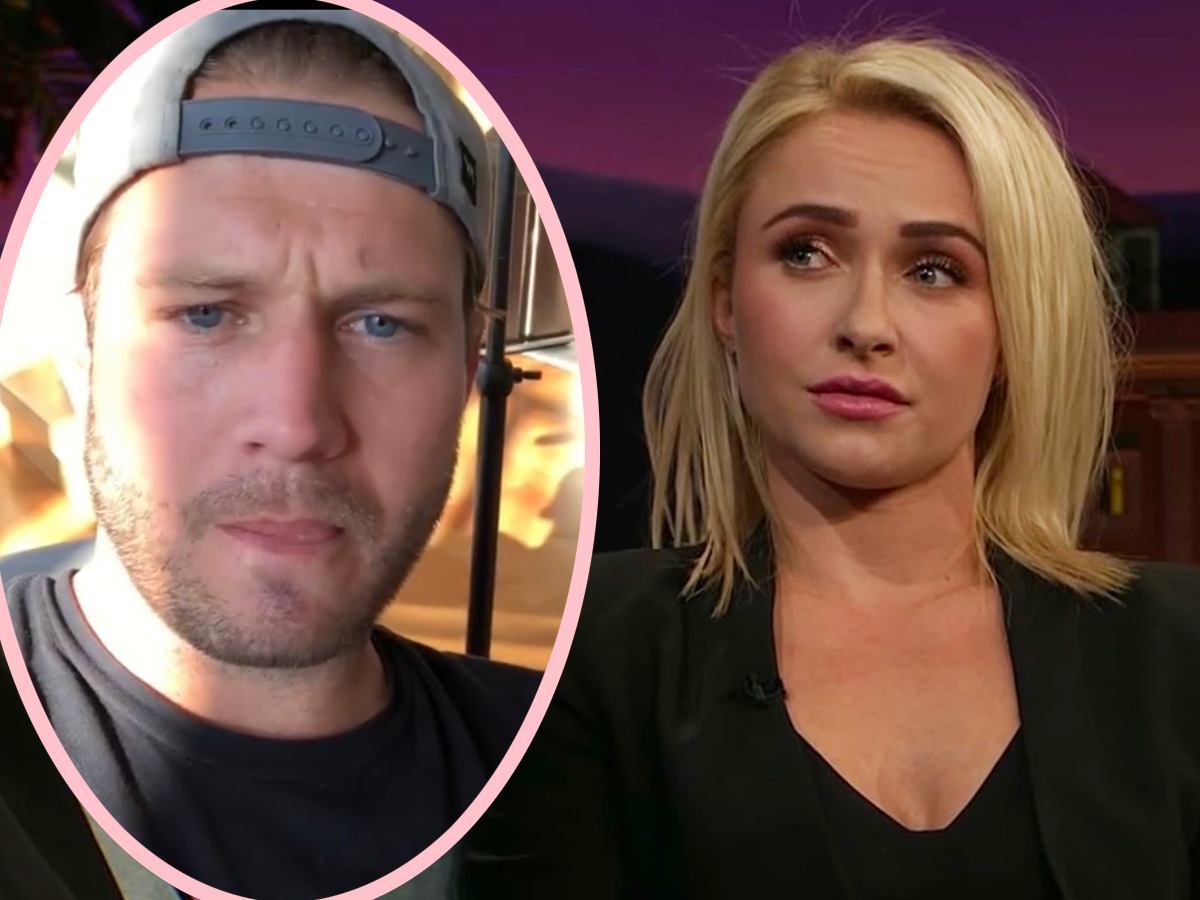 We do not think we’re the only ones concerned about Hayden Panettiere.

The actress has been spotted hanging out with her ex Brian Hickerson a few times over the last several months, but their reunion was seemingly confirmed when the pair were caught in a bar brawl together last week. The incident was particularly notable because Hickerson is still on parole after serving time for domestic violence against Hayden herself.

As we’ve discussed before, it’s not uncommon for victims of abuse to return to their abuser, sometimes multiple times before breaking the cycle for good. But despite the familiarity of this pattern, a source for Us Weekly claimed that Hayden believes the cycle has already ended:

Hayden says people can learn from their mistakes. She swears that Brian has changed for the better since being in jail, and anger management classes have taught him to control his temper. ”

The fight outside the Sunset Marquis would suggest otherwise, although a representative for the Nashville star insisted that someone else incited the fight after Brian “made a comment to an individual about leaving the waitress a poor tip.” The Us insider shared:

Hayden was shouting and screaming at the group. Regardless of who started it, it’s not a good look. She has her own issues and insecurities, and she and Brian make a bad combo. ”

Amidst this controversial relationship being rekindled, the Heroes alum is supposedly cutting anyone who is “anti-Brian” out of her life. The source revealed:

“She’s become secretive with other friends. She takes ages to respond and sends one-word answers by text and cryptic messages. ”

Ugh, that’s so heartbreaking to hear. Isolating someone from their friends and family is another common hallmark of an abusive relationship, so this does not bode well for their reunion to be truly different than the last time.

And the 32-year-old can hardly blame her friends for being “anti-Brian” at this point, when there were a number of alarming altercations between the two of them over the years, dating all the way back to 2018. (And that’s just what we, the public, know about.) We imagine these are the very same people she expressed gratitude towards in her statement on domestic violence, crediting her “support system” with helping her “find the courage to regain my voice and my life. ”

Can an abuser be reformed? Well, we certainly hope that everyone has the capacity to grow and change. But if Hickerson is truly on the path to redemption, we’d think his best move would be staying away from Hayden and allowing her to move on. On Hayden’s part, while the capacity to forgive someone who hurts you is admirable, rekindling a relationship at this stage looks worryingly like falling back into a destructive pattern.

For both of their sakes, we hope they are able to peacefully navigate this situation so that no one gets hurt again.

If you are experiencing domestic violence, call the National Domestic Violence Hotline at 1-800-799-7233, or go to thehotline.org. All calls are toll-free and confidential. The hotline is available 24/7 in more than 170 languages.