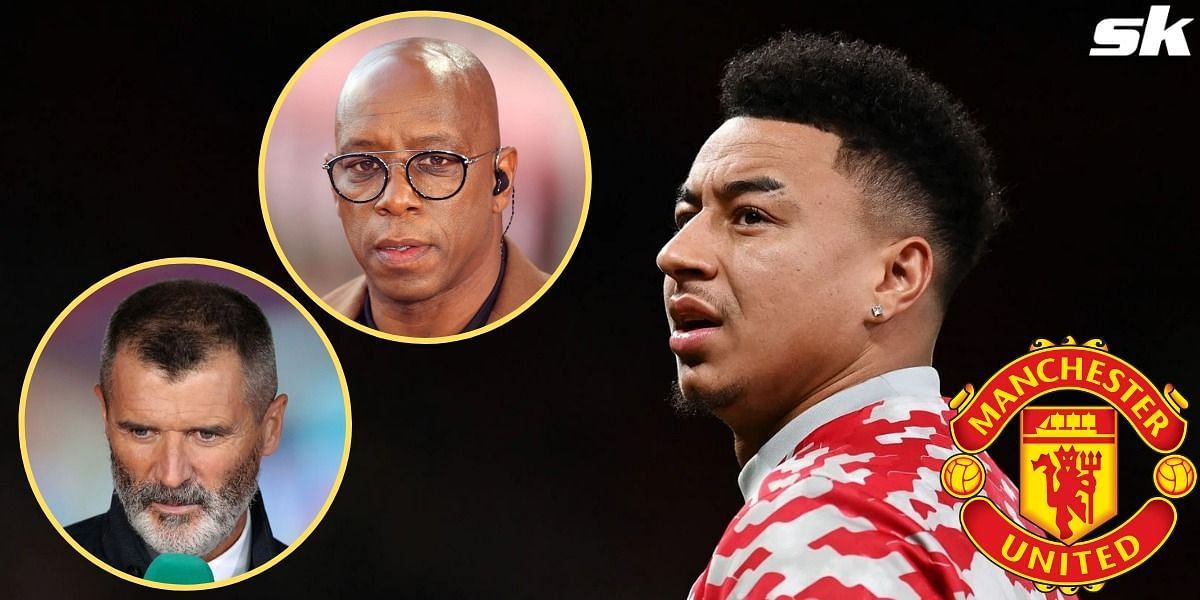 Former Arsenal striker Ian Wright has slammed Manchester United for their treatment of Jesse Lingard. Manchester United interim boss Ralf Rangnick claimed the midfielder requested time off to ‘clear his mind’, while the player has refuted such claims. Roy Keane, on the other hand, believes Lingard should have left the club last summer.

Lingard was heavily linked with a move away from Manchester United after his incredible loan spell during the second half of the 2020-21 campaign with West Ham United. The Manchester United star, however, opted to stay at the club and fight for his place in the starting line-up. But Lingard has made just nine Premier League appearances for the club this season.

Newcastle United and West Ham were reportedly keen to sign Lingard on loan in January but the Manchester club reportedly rejected advances despite telling the midfielder he could leave. Ian Wright has slammed Ralf Rangnick for his supposedly false claims and Manchester United for their treatment of Lingard.

“I can not understand why they’ve come out and said it. He’s had a pile on from people saying he does not want to play for the club. Where is the [duty of care] in that? I think it has been very unfair in respects of what he wants to do, what he is trying to do in respect of maybe he wants to leave the club, “Wright told ITV as per The Sun.

“He wanted to get a loan move, whatever it is, they denied him the loan move and in a World Cup year, somebody who if he does well might get himself back in the World Cup,” he added.

“He should have gone last summer, end of story. He had his chance. He played some games, proved what he is about, went to West Ham and got a run, having not played much football. People get bogged down by contract talk “He wants to leave, he wants to leave on a free but you have to play games,” said Keane.

“He can complain all he wants, it is not ideal between Jesse and the club at the moment. Last summer was his opportunity, he should have taken it,” Keane added.

Jesse Lingard’s current contract with the club is set to expire at the end of the season. The midfielder is widely expected to run down his deal with the club and become a free agent next summer.

Manchester United have come in for heavy criticism for their treatment of players in recent years. Jesse Lingard was denied a move away from the club during the January transfer window despite being told he could leave.

The 29-year-old was reportedly keen to join either Newcastle United or West Ham on loan to play regular football and boost his chance of making the England squad for the 2022 FIFA World Cup. Manchester United were also slammed for their treatment of Dutch midfielder Donny van de Beek.

🗣 “This is an absolute mess. Perhaps Man United are now seeing the repercussions and it’s pretty ugly.”

🗣 “This is an absolute mess. Perhaps Man United are now seeing the repercussions and it’s pretty ugly.”@David_Ornstein On Manchester United blocking Jesse Lingard’s transfer from the club in January https://t.co/JaB7boB1Qo

Van de Beek has been on the fringes of the club’s squad since his £ 34 million move to Old Trafford from Ajax last summer. He made just 19 Premier League appearances for the Red Devils last season, and just eight appearances this season before joining Everton on loan for the rest of the season during the January transfer window.

The Red Devils’ ill treatment of some of their players is likely to be a source of concern for the rest of the squad and the club’s fans.