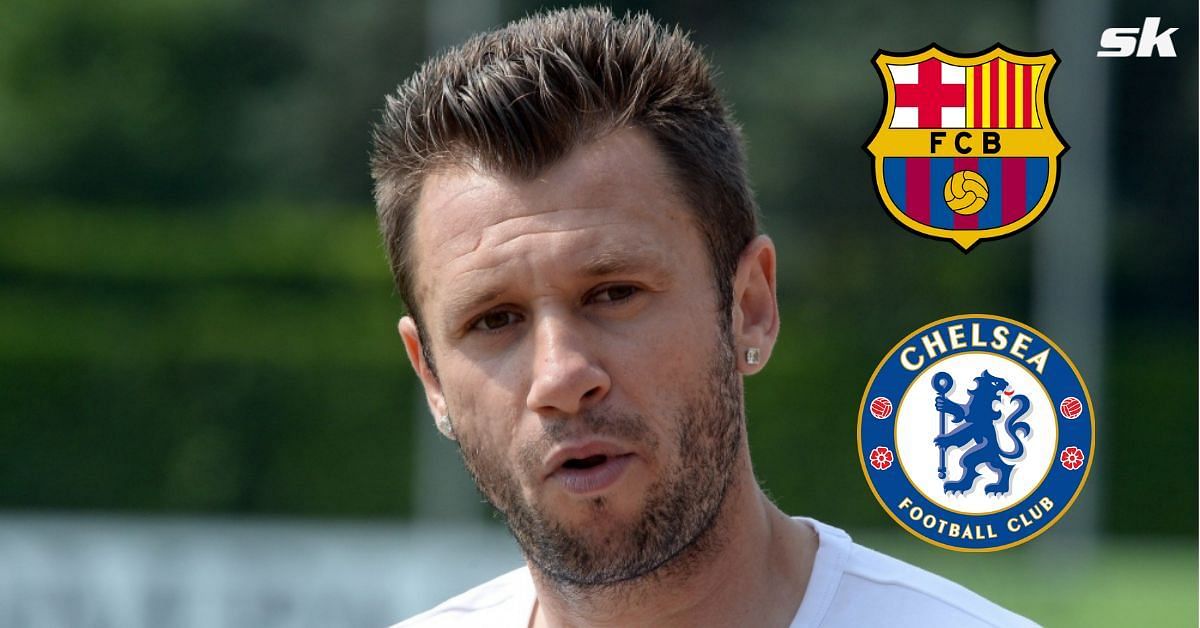 Former Italy star Antonio Cassano has blasted Chelsea striker Romelu Lukaku, who has been linked with a shock move to Barcelona recently.

The Belgium international sealed a sensational return to Stamford Bridge last season. Thomas Tuchel’s side signed the center-forward from Inter Milan for a sum of £ 98.5 million with the hope of solving their goalscoring problems.

However, the move has not gone according to plan for both the club and the player so far. Lukaku has managed to score just 12 goals from 40 appearances across all competitions so far this season, failing to replicate his Inter Milan form.

Despite his poor form, Lukaku is now being linked with a shock move to Barcelona. According to Spanish sports daily MARCAthe 28-year-old is an option for the La Liga giants in the summer transfer window.

Mateu Alemany and Jordi Cruyff have already met with Lukaku’s agent to see the possibilities of signing the player in the summer. However, the operation will be complicated.

Mateu Alemany and Jordi Cruyff have already met with Lukaku’s agent to see the possibilities of signing the player in the summer. However, the operation will be complicated.— @marca https://t.co/BXXACyuXRf

Cassano, though, is not keen on the idea of ​​seeing Lukaku play for Barcelona. The former Italy star has insisted that he will stop watching the Blaugrana if they sign the former Inter Milan frontman. He told Bobo TV [via The Metro]:

“I’m in love with Barca’s philosophy, but if they sign Lukaku I will not watch a game anymore. He can not play three passes with Chelsea where he has no competition, at Barcelona they play 55 passes before going for goal, how could he do it? “

Barcelona boss Xavi is said to be keen to sign a new striker ahead of the 2022-23 campaign. The Catalans have thus identified Bayern Munich superstar Robert Lewandowski as a top target ahead of the summer.

After eight years in Bavaria, Robert Lewandowski has reportedly told Bayern Munich that he wishes to leave the club this summer

After eight years in Bavaria, Robert Lewandowski has reportedly told Bayern Munich that he wishes to leave the club this summer https://t.co/dPA4etlnQF

Lewandowski has his contract with Bayern Munich expiring at the end of next season. The Poland international could leave the Bavarians this summer if the two parties cannot reach an agreement over a new deal.

Xavi’s side are hopeful of acquiring Lewandowski’s services from Bayern Munich in the summer. Meanwhile, Lukaku is said to be considered an alternative for the 33-year-old.

Lukaku has a contract with Chelsea until the end of the 2025-26 season. However, there are suggestions that he could seek a move away from Stamford Bridge ahead of next season.

It is worth noting that Lukaku helped Inter Milan win Serie A last season. He scored 30 goals and provided 10 assists from 44 appearances across all competitions in his final campaign for the Nerazzurri.

Having struggled to replicate his form at Chelsea, Lukaku is reportedly unhappy with his current situation. His reputation also took a major hit after he criticized Tuchel’s tactics earlier in the season.

It thus remains to be seen if the Belgian will be at Stamford Bridge at the start of next season.