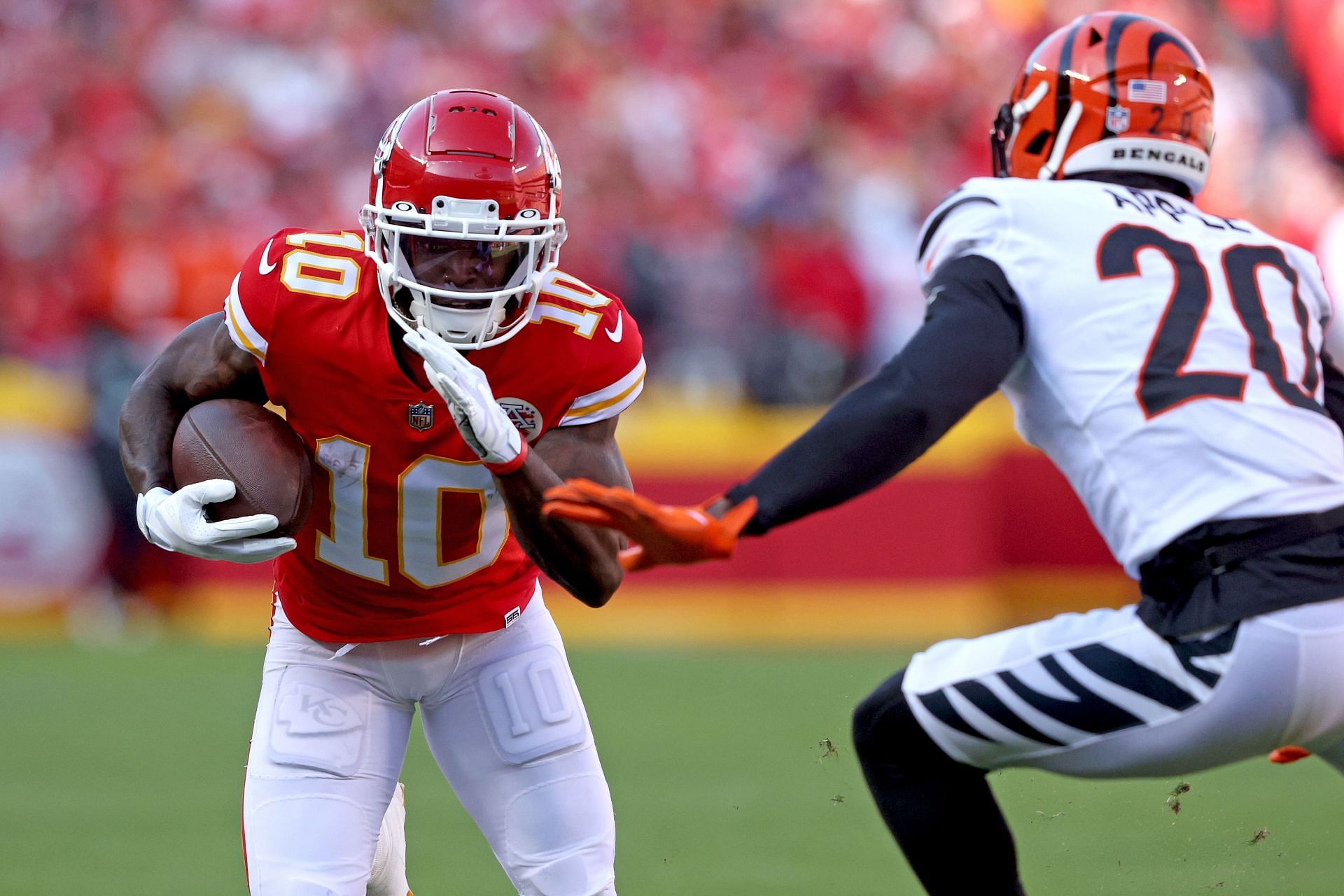 Tyreek Hill took over the NFL news cycle on Wednesday when it was announced he was seeking a trade from the Kansas City Chiefs. Before fans had a chance to react, he was heading to the Miami Dolphins on a brand new contract.

This all seemingly came out of nowhere and had fans and analysts reacting in a variety of ways. Colin Cowherd decided to go after Hill for this decision because of who the receiver is leaving behind. Cowherd stated:

I think Tyreek made a bad decision in terms of legacy. I’m just you’re not going to find better than Mahomes and Andy Reid on the market. But I get, I get the move by Miami. Five picks is a lot but he’s a game-changer. “

“I think Tyreek made a bad decision in terms of legacy. You’re not going to find better than Patrick Mahomes and Andy Reid on the market.”

“I think Tyreek made a bad decision in terms of legacy. You’re not going to find better than Patrick Mahomes and Andy Reid on the market.” – @ColinCowherd https://t.co/IfnNHJApeY

Cowherd made it clear that he understands why the Dolphins would make this move. However, he was quick to question why the receiver wanted to leave Patrick Mahomes and Andy Reid.

Will he find the same success in Miami with Tua Tagovailoa?

Tyreek Hill is betting on his own greatness

Cowherd also made sure to point out just how great Hill is as a game-changing talent. Cowherd said:

He goes as far as to say Hill can even affect betting lines in Vegas because of how great he can be on the field.

NFL fans are now dying to see how he can perform without Mahomes. In fact, the same is true for Mahomes, who must now prove he is just as elite without his top receiver.

The Dolphins are hoping they landed a receiver who can help change their offense in an instant. The only question is whether Tagovailoa can utilize his new talent the same way Mahomes could for several years.

If not, both the Dolphins and the Chiefs may be feeling the effects of this change.