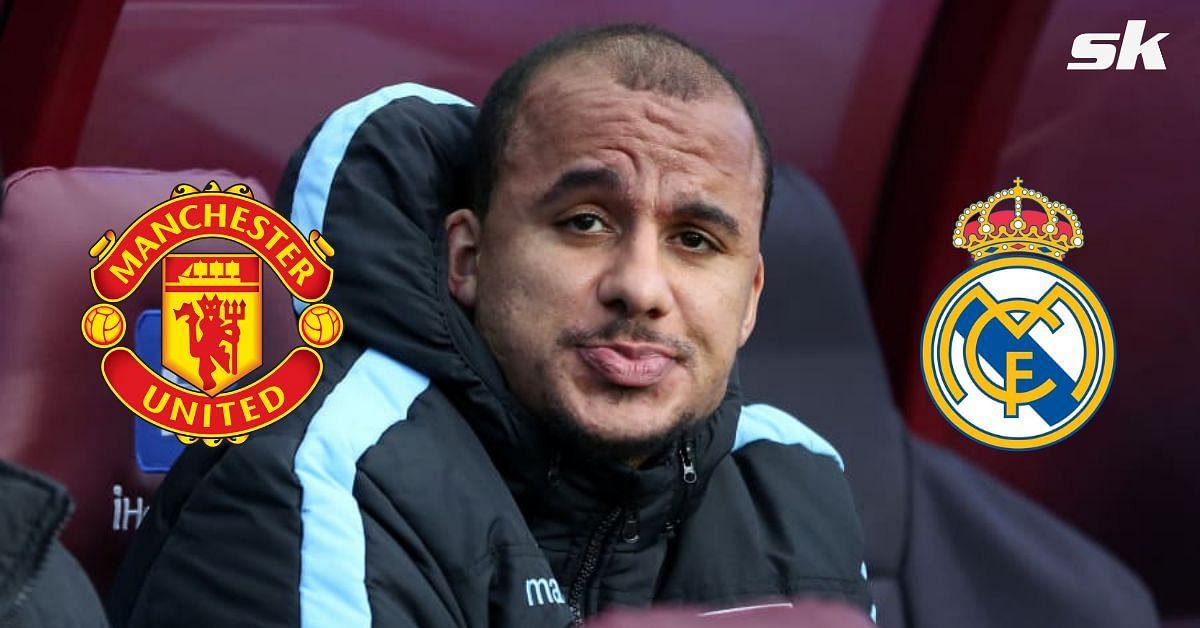 Former Aston Villa striker Gabriel Agbonlahor believes West Ham star Declan Rice would rather leave for Real Madrid than join Manchester United if he were to depart the club this summer.

Rice has been linked with a move away from West Ham over the past few seasons, following his excellent performances for both club and country. The Englishman has been the subject of transfer interest from the likes of Manchester United, Manchester City and Chelsea over the past few years.

Agbonlahor, however, believes that Manchester United would be the only Premier League club that Rice would leave West Ham for. Speaking to talkSPORT, he explained:

“I look at Manchester City and they’ve got Rodri, haven’t they. I know Fernandinho might be leaving but Rodri plays a lot of their games and he suits the way Man City play, so maybe that’s not an option. I look at Chelsea, they have not got the chance to buy any players. Liverpool have got Fabinho and Henderson. Manchester United is the only club in the Premier League that he’ll want to go to. “

However, the former Aston Villa striker also questioned why Rice would join United given the current state of the club. He said:

“But will he really want to go to Manchester United? He wants to win trophies and play Champions League football. They might not have that next season and they do not look like they are going to win the Premier League anytime soon.”

Manchester United are currently in a race with the likes of West Ham and Arsenal to finish in the top four. The Red Devils have had a disappointing season so far. Many touted them to be title challengers at the start of the season, given their significant investment in strengthening the squad. However, Ralf Rangnick’s side will have to endure another trophyless season and may not qualify for the UEFA Champions League next season.

Would “Would Rice go to #MUFC? He wants trophies and CL football! ”

“If I’m Rice, I’m not ruling out Real Madrid! Kroos & Modric are getting on! ”

Would “Would Rice go to #MUFC? He wants trophies and CL football! ”🇪🇸“ If I’m Rice, I’m not ruling out Real Madrid! Kroos & Modric are getting on! ”👊“ Rice would choose Real over Man Utd at the moment, 100%! ”Gabby Agbonlahor says #WHUFC‘s Rice would be great at Real Madrid! https://t.co/i8BRnfH049

Agbonlahor believes that Rice would rather play in a team like Real Madrid and would be a great successor to the likes of Toni Kroos and Luka Modric. He said:

Real Madrid are currently nine points clear at the top of La Liga and look like they have a much brighter future than Manchester United. Carlo Ancelotti’s side are also in the quarter-finals of the Champions League after beating French champions Paris Saint-Germain (PSG) in the Round of 16. Los Blancos will face Chelsea in the next stage of the competition.

“Does he want to go somewhere with such negative vibes?” – Agbonlahor on why Rice would choose Real Madrid over Manchester United

Agbonlahor explained that Rice would rather leave West Ham for a club that is guaranteed to play in the Champions League next season, than wait for the Red Devils to finally click into gear. He said:

“Does he want to go somewhere with such negative vibes? Imagine now, he’s going away with England and all the players are talking about the Champions League in a couple of weeks. As a player, knowing how good he is, he’s world class in his position, he will want to play Champions League next season, not wait for Man United to get their act together. “

Nah Declan Rice was something else last night, comfortably one of the best DMs in world football and it’s funny how people rated him on here in past years…

Nah Declan Rice was something else last night, comfortably one of the best DMs in world football and it’s funny how people rated him on here in past years…