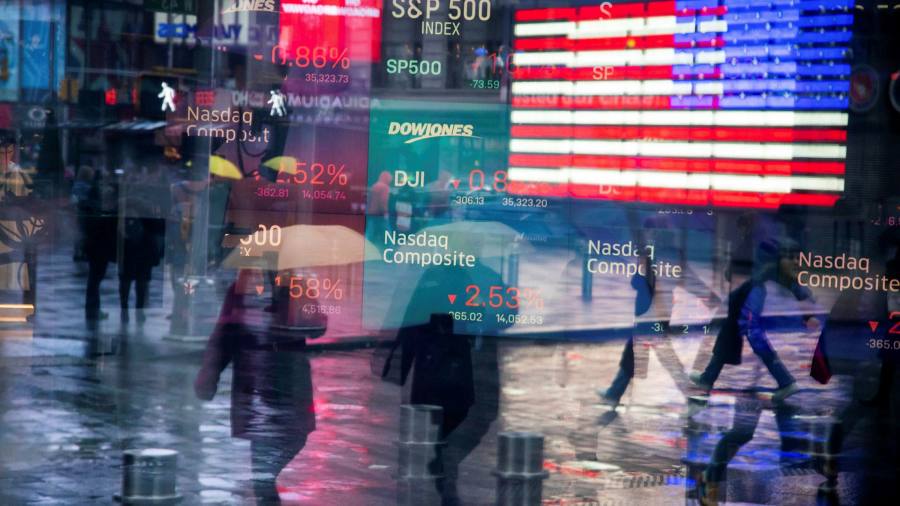 Hedge funds focused on US equities are pulling back sharply on their bets after the longest stretch of sustained selling in more than a decade left many managers nursing stiff losses.

The S&P 500 index has fallen for six weeks in a row in a tumultuous stretch that on Thursday left Wall Street’s benchmark share barometer down by almost a fifth from the peak it reached at the start of 2022, before a dramatic swing higher on Friday.

Long-short equity funds, which pitch themselves on the ability to protect client money in down markets, have lost 18.3 per cent for the year up to and including Wednesday, according to Goldman Sachs estimates.

The declines have been staggering for funds invested heavily in riskier corners of the market, including lossmaking technology companies, with traders warning that there could be a spate of large redemptions that prompt fund closures.

The sharp pullback has prompted funds that trade with Goldman, Morgan Stanley and JPMorgan Chase, three of the largest prime brokers on Wall Street, to dial back their positions over the past week, according to client reports seen by the Financial Times.

“When you’re seeing daily moves of 2.5 or 3.5 per cent in indices, those are not just everyday moves being driven by trading volatility,” said Peter Giacchi, who leads Citadel Securities’ floor trading team at the New York Stock Exchange. “There’s obviously deleveraging going on – it’s not just noise, there are clearly people taking risk off.”

Goldman on Thursday reported five consecutive days of declines in gross leverage – a measure of a fund’s overall exposure to stock-price moves – among its US long-short equity hedge fund clients, the largest reduction since it began tracking the figures in 2016.

At Morgan Stanley, the gross leverage of its US long-short hedge fund clients – which attempt to profit on stocks rising or falling – this week fell to its lowest level since April 2020 and was just 15 per cent above a low hit in March of that year, when the pandemic pushed the US into recession. It noted that those hedge funds were again selling stocks but had also added to their short trades, bets that could pay off if a stock or index falls in value.

Executives working in JPMorgan’s prime brokerage unit, which reported similar findings, said there were signs that the US stock market could be close to finding a bottom, but they warned that funds still had room to cut their exposure to the market. 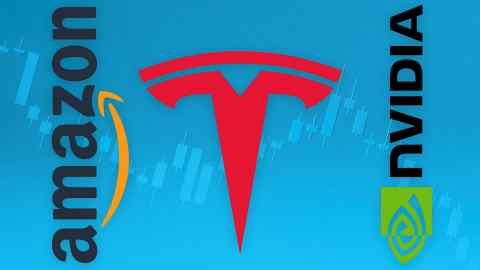 “The market continues to teeter between complete apathy and bewilderment,” Ron Adler, who works on JPMorgan’s trading desk, wrote to clients. “While flows have not quite been ‘capitulatory’ yet, we have begun to see some of the more prominent growth players on the long-only and hedge fund side start to finally unwind some of these positions.”

Meanwhile, mutual funds and exchange traded funds that buy US equities have registered nearly $ 37bn of outflows over the past five weeks, according to data provider EPFR.

Charlie McElligott, an equities derivatives strategist at Nomura, said the outflows had appeared to be driving some of the recent leg lower in stocks, as big fund managers sold stocks to raise cash.

US stocks have tumbled this year as the Federal Reserve has tightened monetary policy in an attempt to rein in inflation that has shot far above policymakers’ forecasts. The central bank has embarked on a path of aggressive interest rate rises that are meant to cool economic growth and in turn suppress rapid price increases.

But coupled with Russia’s invasion of Ukraine and an economic slowdown in China, the move has weighed heavily on investor sentiment and driven a sharp uptick in volatility.

“Hard-landing recession risk fears are again trending as central banks again look behind the curve on what looks set to be sticky inflation,” McElligott said.