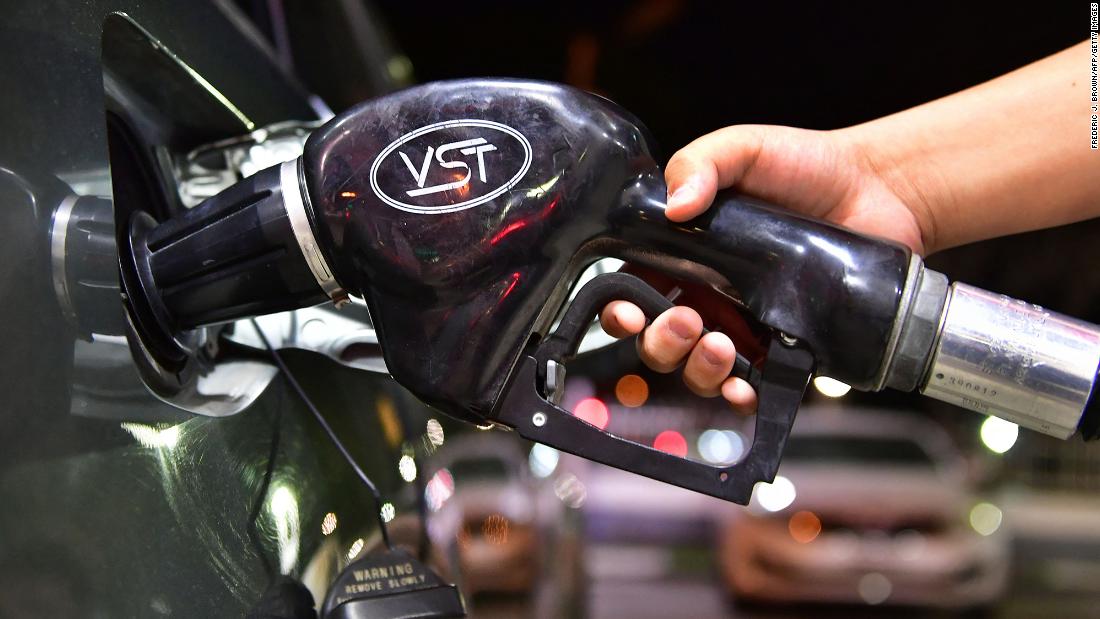 That’s true even for American consumers, even though relatively few Russian exports reach US shores.

The higher prices are modest compared to the destruction of life and property in Ukraine. But the price pressures come at a bad time when America’s inflation rate is already at a nearly 40-year high. And the pressures on household budgets could undermine broad support for sanctions among the broader population in the West.
For example, Russian-produced oil and gas accounts for less than 4% of fuel consumed by Americans. But the average price of regular gasoline is up 8 cents a gallon, to $ 3.61, since the day before Russia invaded Ukraine, and wholesale prices are up even more. That means within a couple of weeks, gas is expected to reach an average of $ 4 a gallon nationwide in the United States for the first time since 2008. It could soon top the record $ 4.11 per gallon average set that year.

“It’s a world market,” said Tom Kloza, global head of energy analysis for the Oil Price Information Service, which tracks gas data for AAA. “We have to compete more for the non-tainted Russian oil that’s available.”

Despite sanctions, it is still legal to buy Russian oil and natural gas. But much of it is going unsold. Many traders are unwilling to buy it because of the difficulty completing transactions with sanctioned Russian banks.
Oil prices rose another 3% Monday in response to the new rules limiting Russia’s use of SWIFT, the essential plumbing for global finance that allows banks to send the secure communications required to move funds.

“Removing some Russian banks from SWIFT could result in a disruption of oil supplies as buyers and sellers try to figure out how to navigate the new rules,” Andrew Lipow, an industry consultant, said in a note to clients Sunday. “Bottom line: No funding, no oil.”

Another concern for traders: how to safely get tankers into Russian ports to pick up oil.

The price of a gallon of diesel hit $ 4 a gallon for the first time in nearly eighty years over the weekend. Although few Americans drive diesel-powered cars, most large trucks use it. And just about all goods sold in the United States are moved by truck at some point.
The trucking industry itself has been facing challenges for years, mostly due to a shortage of drivers. The higher fuel costs will be passed on by trucking companies in the form of fuel surcharges. So all businesses will have to pay higher transportation costs. With already high inflation, they are likely to pass along those costs to consumers.
“Household and business inflation expectations have reached very high levels, and they could rise further if the Russian invasion of Ukraine causes energy prices to spike or disrupts supply chains,” Goldman Sachs wrote in a note Monday warning of higher and more persistent inflation than previously forecast.

Although Russia’s economy is centered around its energy exports, they are not the only Russian products the West uses. The US bought about $ 25 billion in goods from Russia last year, not including $ 4.8 billion in crude oil. That may sound like a lot, but the non-oil purchases amount to only slightly more than half of what US customers bought from tiny Thailand last year.

Commodities such as wheat and lumber are major Russian exports, and those prices have increased on global commodity markets as well. Russia also is a major exporter of such crucial metals as aluminum, palladium, nickel and titanium. Palladium is used in automobiles, mobile phones and even dental fillings. Nickel is used to make steel and electric car batteries. Titanium is crucial to aerospace products, including commercial jets.

Uncertainty about the supply of those products, and the rise in prices on commodity markets, could create “further disruption to global supply chains already suffering from the pandemic and shortages of semiconductors,” said a note Monday from Carsten Brzeski, the global head of macroeconomics for ING Research. That could also feed higher prices as the shortage of computer chips is a major factor in new and used car prices hitting record levels.

Still, the war could also cause the US Federal Reserve and other central banks to actually pull back on their efforts to rein in inflation through higher interest rates. The uncertainty about the overall economic impact could make the regulators even more cautious.

Federal Reserve Governor Christopher Waller said in a speech last Thursday that based on recent economic data, “a strong case can be made” for a half percentage point hike in March, which would be the first time since 2000 the Fed raised rates by that much at one meeting. But he then cautioned, “Of course, it is possible that the state of the world will be different in the wake of the Ukraine attack, and that may mean that a more modest tightening is appropriate.” Waller added that the right decision is now more uncertain.