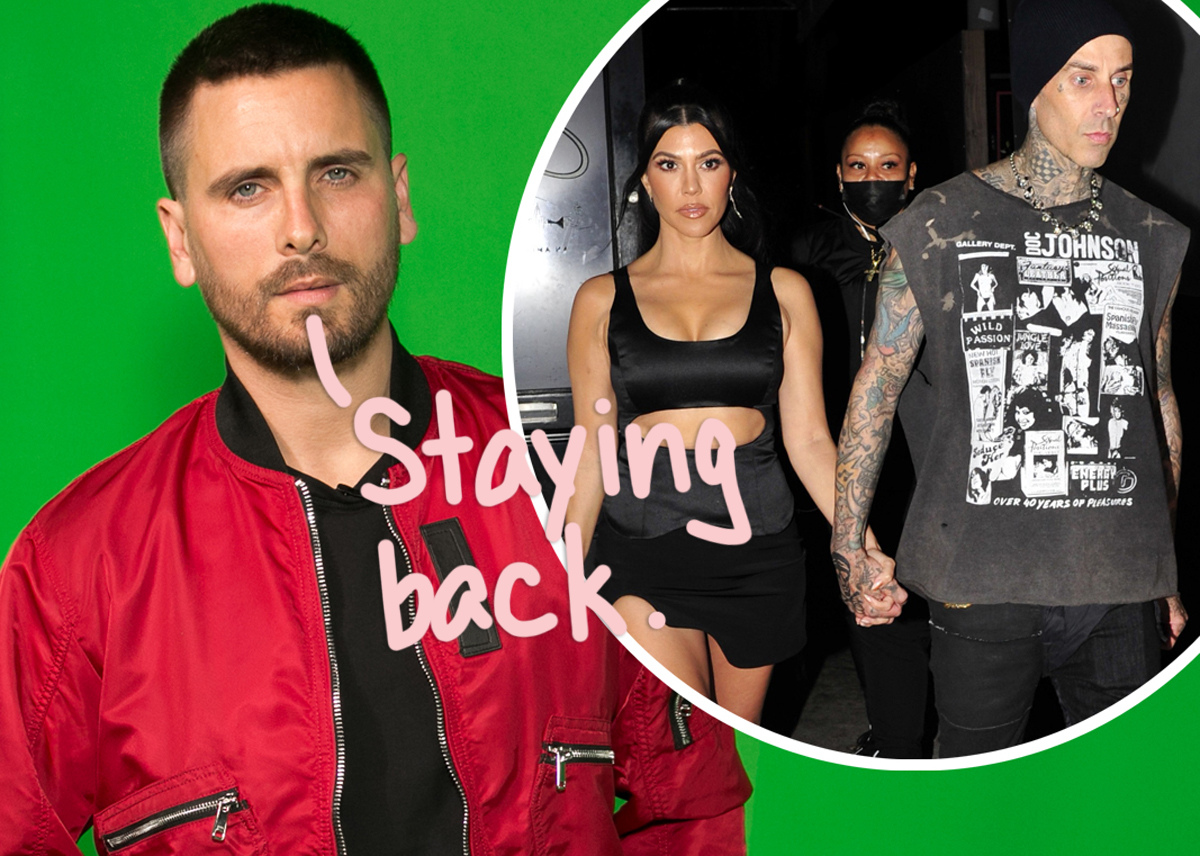 Scott Disick is staying at home!

The 38-year-old Flip It Like Disick alum was not in attendance at Kourtney Kardashian‘s much-anticipated wedding to Travis Barker in Portofino, Italy on Sunday – which is pretty much as we expected. Instead, it turns out that the reality TV veteran opted instead to step out with pals and hit the town in El Lay for a while!

According to reports and paparazzi photos from the night, Scott kicked off his weekend alone – no coparenting, no kids, no nothin ‘- by stepping out with Rod StewartRod’s son Sean Stewarthis daughter Kimberly Stewartand Rod’s longtime love Penny Lancaster for a dinner at LAVO Restaurant in West Hollywood late last week.

Per E! News, Scott “seemed in good spirits” at the restaurant with the famous family. If you’re curious, the source told the outlet that at one point the group reportedly ordered tagliatelle limone with caviar and filet mignon for the table. Yummy!

Photogs observing the group watched the famous friends as they were busy “laughing and chit-chatting outside the Italian restaurant” too, and according to that same outlet, Scott even gave the Forever Young singer a hearty pat on the back while leaving! Per the outlet, the group reportedly left the restaurant at about 11:00 pm local time, with Scott and the 42-year-old Kimberly walking away together to their ride.

Of course, as we’ve previously reported, Scott was never going to join the KarJenner fam for Kourt’s fairytale Italian wedding this weekend. So it’s really no surprise that he stayed behind at home and opted to hang out with pals to pass the time. And since his three children – Mason, Penelopeand Reign – were all at the wedding with Kourt and Travis, too, Lord Disick had a lot of time on his hands to do that!

As Perezcious readers will recall, in an episode of the family’s Hulu show released earlier this month, Scott opened up a bit about seeing the Poosh founder ride off into the proverbial romantic sunset with the Blink-182 drummer. In that ep, Scott explained it all to Kourt’s sis Khloé Kardashian:

“I was not that caught off guard. I thought they’d already been married [from] the way that she was talking. It was not crazy. Thank God, because at another time in my life, if I’d heard that, life would’ve been over for me. ”

Scott continued on from there, too, adding that he felt “relief” about Kourtney having moved on romantically, and adding that it was a “good thing.” The Talentless founder revealed on camera to Khlo-money:

“I kind of, in a selfish way, feel like a lot has been lifted off of me. I could not do the job of being with her, so I salute Travis. He’s in for a lot of work… Kourtney is not the simplest when it comes to everything. ”

And now, here they are – Scott in WeHo, and Kourt hitched (again) in Italy!

BTW, you can see pics from Scott’s weekend outing with the Stewarts HERE.