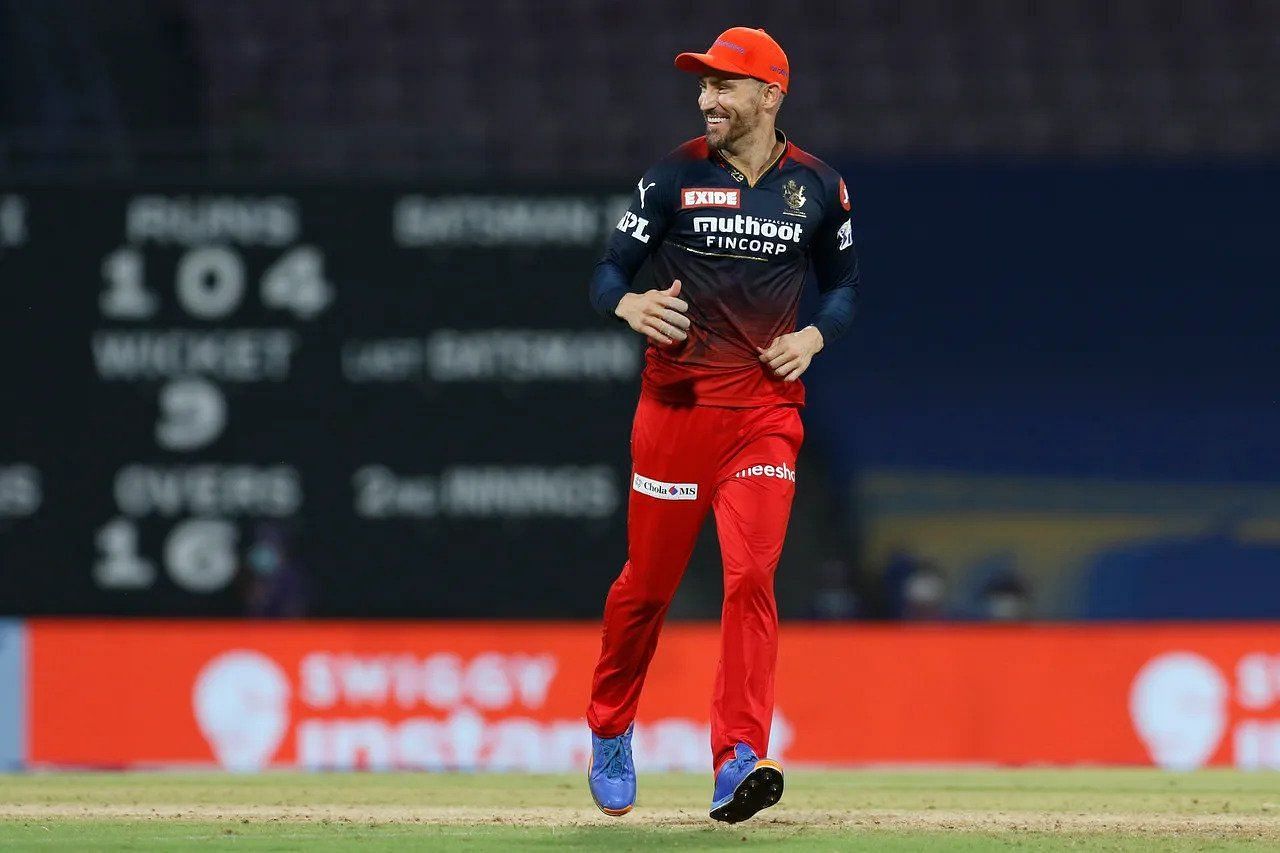 The Bangalore skipper said that they wanted to use his experience towards the end of their innings in the match played at the DY Patil Sports Academy, Navi Mumbai.

The masterstroke paid dividends as Karthik struck a six and a boundary in the last over to help RCB prevail in a low-scoring thriller. Praising the wicket-keeper batsman, Faf likened Karthik to former India captain MS Dhoni.

Every time Dinesh Karthik finishes a game, it reminds me of the mess we made with his place in the 2019 World Cup team. Some scars never heal.

Every time Dinesh Karthik finishes a game, it reminds me of the mess we made with his place in the 2019 World Cup team. Some scars never heal.

“Wanted that experience towards the end – cool, calm head. The runs were never really too far away from the balls remaining. If we kept wickets in hand, that was going to be key. Just to have that calmness coming in still towards the end, he’s probably as ice cool as MS Dhoni as you can get in the last five overs. “

The 35-year-old cricketer played a valiant knock of 14 * off 7 balls to help the Bangalore franchise return to winning ways. RCB had lost their first match of the season against Punjab Kings (PBKS). Dinesh Karthik had looked equally good in the first game also, smacking an unbeaten 32 off 14 balls to propel his side to a total in excess of 200.

After a high-scoring game on Sunday, Bangalore played out a low-scoring thriller, which is important at the start of any competition, believes Faf du Plessis.

“Very happy – obviously close, small margin games like that are really important in the beginning of the competition to just set the team and go – ‘alright that’s our competition’. Generally with low scores, you do not want to leave it too late but it was really good Powerplay bowling from their bowlers. “

RCB bowlers did exceedingly well to restrict the star-studded Kolkata batting unit to 128 runs. However, the two-time IPL champions were equally up to the task with the ball to have Bangalore at 62/4 in 11 overs.

But Sherfane Rutherford and Shahbaz Ahmed forged a crucial partnership before Karthik won the game with his two hits.

The 37-year-old further asserted that he likes to rely on others for help. Du Plessis said that it would be stupid not to use the brains of Virat Kohli and Dinesh Karthik, who boast of tons of experience of playing in these conditions.

“I rely a lot on other people for help. We’ve got such great leaders and brains within our dressing room so it would be stupid for me not to use it. I generally like a lot of information and try and see what’s the best option. The guys have been helping me well and they’ve been coming to me with their inputs. It’s been great to have such guys in the side. “

With a win and a loss from two games, RCB will hope to keep their winning momentum going in their next match, against Rajasthan Royals on April 5 at the Wankhede Stadium.