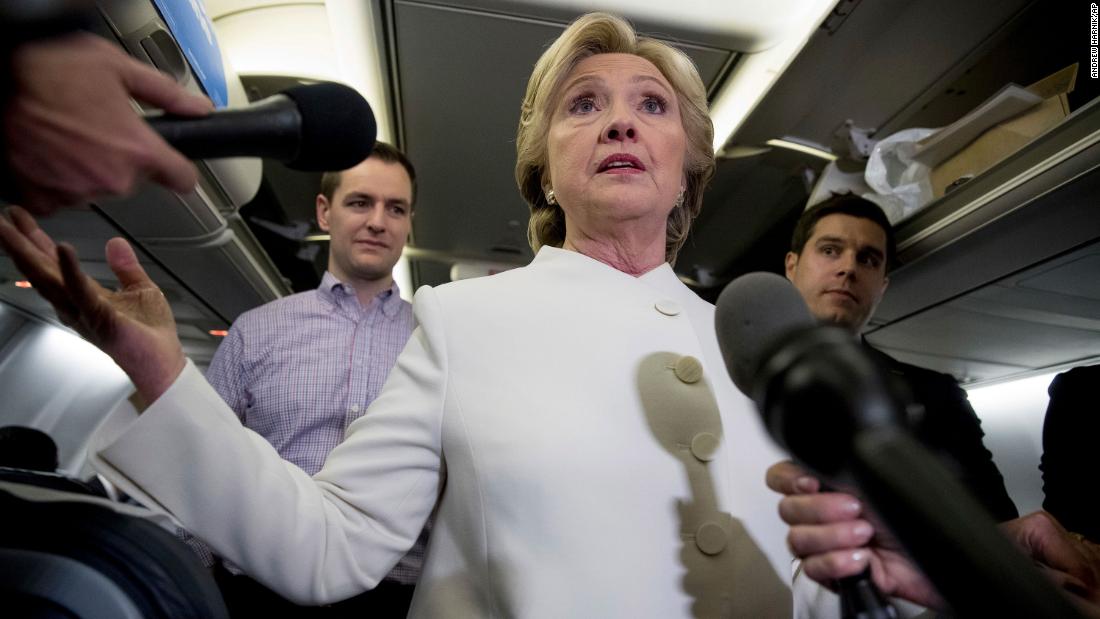 Robby Mook said he attended a meeting with other senior campaign officials where they learned about strange cyberactivity that suggested a relationship between the Trump Organization and Alfa Bank, which is based in Moscow. The group decided to share the information with a reporter, and Mook subsequently ran that decision by Clinton herself.

“We discussed it with Hillary,” Mook said, later adding that “she agreed with the decision.”

A campaign staffer later passed the information to a reporter from Slate magazine, which the campaign hoped the reporter would “vet it out, and write what they believe is true,” Mook said. Slate published a story on October 31, 2016, raising questions about the odd Trump-Alpha cyber links.

The testimony came in the criminal trial of Clinton campaign lawyer Michael Sussmann, who is being prosecuted by Trump-era special counsel John Durham. Durham is investigating potential misconduct tied to the FBI’s Trump-Russia probe. The trial has shed light on the dark arts of political opposition research – and how campaigns dig up dirt and plant stories in the press.

Clinton officials say they did not authorize the FBI meeting

Sussmann passed along the same information about Trump and Alfa Bank to an FBI official in September 2016. Prosecutors charged him with lying to the FBI and allege that he falsely told the FBI official that he was not there for a client, even though he was there on Clinton’s behalf.

He has pleaded not guilty and maintains that he went “to help the FBI” as a concerned citizen, and that the Clinton campaign would not have wanted him to meet with the FBI in the first place.

Mook and another top Clinton campaign official, General Counsel Marc Elias, reinforced that assertion this week on the witness stand. They both testified they did not authorize or direct Sussmann to go to the FBI with the explosive Trump tip. Mook said Friday that he did not even know who Sussmann was during the 2016 campaign, and would’ve opposed an FBI meeting.

“Going to the FBI does not seem like an effective way to get information out to the public,” Mook said. “You do that through the media, which is why the information was shared with the media.”

Earlier in the week, Elias told the jury that he did not authorize Sussmann’s meeting with the FBI, which occurred on September 19, 2016. Elias said he had not learned about the fateful meeting between Sussmann and then-FBI General Counsel James Baker until Sussmann was indicted.

In addition to going to the FBI, Sussmann provided the technical internet data to a reporter from The New York Times, who was working on a story that the FBI spiked after learning about it from Sussmann. A staffer from Fusion GPS, an opposition research firm hired by the Clinton campaign, testified that she met with a Slate reporter to discuss the Trump-Alfa allegations.

Testimony from witnesses suggested the media outreach was not closely coordinated, though the situation is not fully clear. Mook said he did not know about Perkins Coie, the law firm where Sussmann and Elias worked, “playing a role with us sharing the information with the media.”