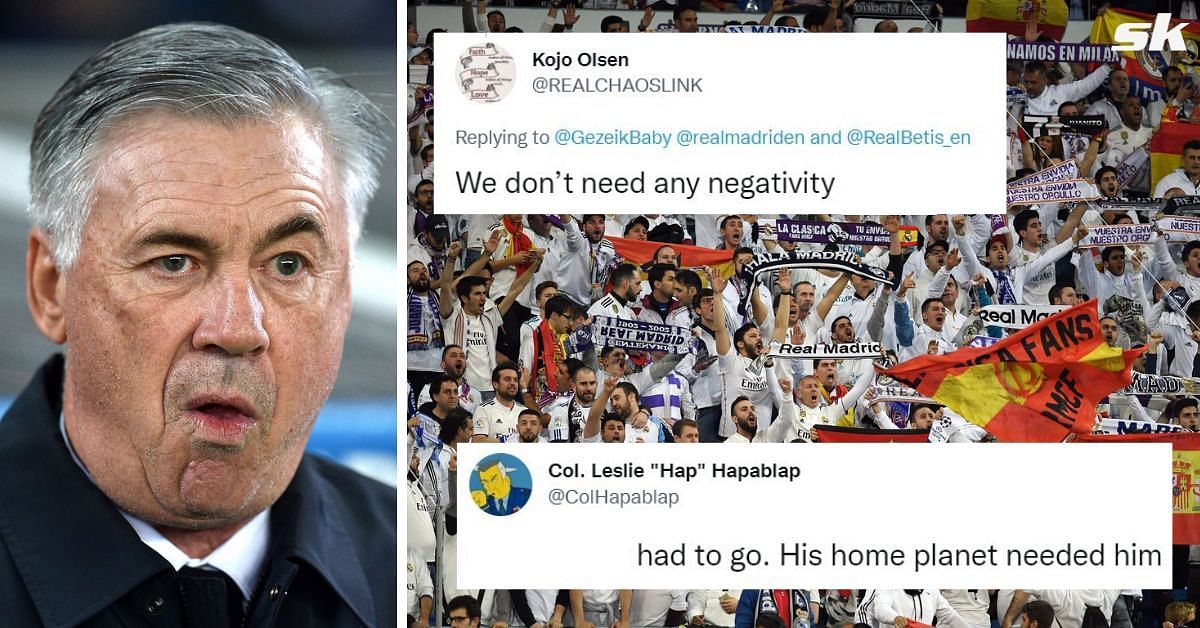 Real Madrid conclude their La Liga campaign tonight (May 20) as they host Real Betis at the Santiago Bernabeu.

They rested several key players in the 1-1 draw with Cadiz last time out. However, Carlo Ancelotti has named a side against Betis that looks much more likely to start in next week’s Champions League final against Liverpool.

The likes of Thibaut Courtois, Karim Benzema and Luka Modric have all come back into the side, although David Alaba is still missing due to injury.

One player once again conspicuous by his absence is Gareth Bale, as the 32-year-old is unavailable to say his goodbyes to the Bernabeu crowd.

Ancelotti confirmed this week that Bale would be leaving Real Madrid at the end of the season when his contract runs out. The Italian boss said (as per Eurosport):

“It’s not important if he plays. What’s important is Bale is a part of the history of this club. He’ll always be in the memories of Real Madrid fans. He has written some great chapters, we have to recognize that. ”

Bale has endured a mixed relationship with Madrid fans since his then world-record arrival for € 100.8 million from Tottenham Hotspur in 2013. He was an important part of the side that won four Champions League titles in five seasons.

However, his popularity has dramatically dropped in recent times due to his apparent lack of effort and desire for the club. Hence, after the lineup was announced for the final match of the season, Real Madrid fans shared their thoughts on Bale’s absence.

They took to Twitter to react to the news that the forward did not feature in Ancelotti’s squad. Here are some of their reactions:

Bale has scored 106 goals in 258 appearances for Real Madrid in all competitions. This includes his 2013 Copa del Rey winning goal in the final against Barcelona. He also scored a brace in the 2018 Champions League final in their 3-1 win over Liverpool.

However, supporters have always suspected that he always preferred playing for Wales more than the Galacticos.

Wales are a game away from qualifying for the World Cup in Qatar later this year. They will play their final qualifier in June. Wales manager Rob Page has urged his captain to join his hometown club Cardiff City in the Championship when he leaves the Spanish capital.

“It ticks all the boxes. Ultimately, it’s Gareth’s decision and Cardiff City’s. And I think he’s right to say: ‘Let’s throw full focus on to the 5th’ (June, Wales’ World Cup play-off). Let’s get there first and have that discussion. “

“We can carry on talking about it and guess and have our opinion on it, and it does make sense. It makes a lot of sense. He can base himself at a training ground he’s familiar with.”

Mbappe who has played 0 minutes for Real Madrid got his name chanted by our fans whilst Bale who has played 258 games and has 173 G / A for the club plus 3 UCL final goals gets booed on a daily. Weird.

Mbappe who has played 0 minutes for Real Madrid got his name chanted by our fans whilst Bale who has played 258 games and has 173 G / A for the club plus 3 UCL final goals gets booed on a daily. Weird. https://t.co/G02CMGJtkJ