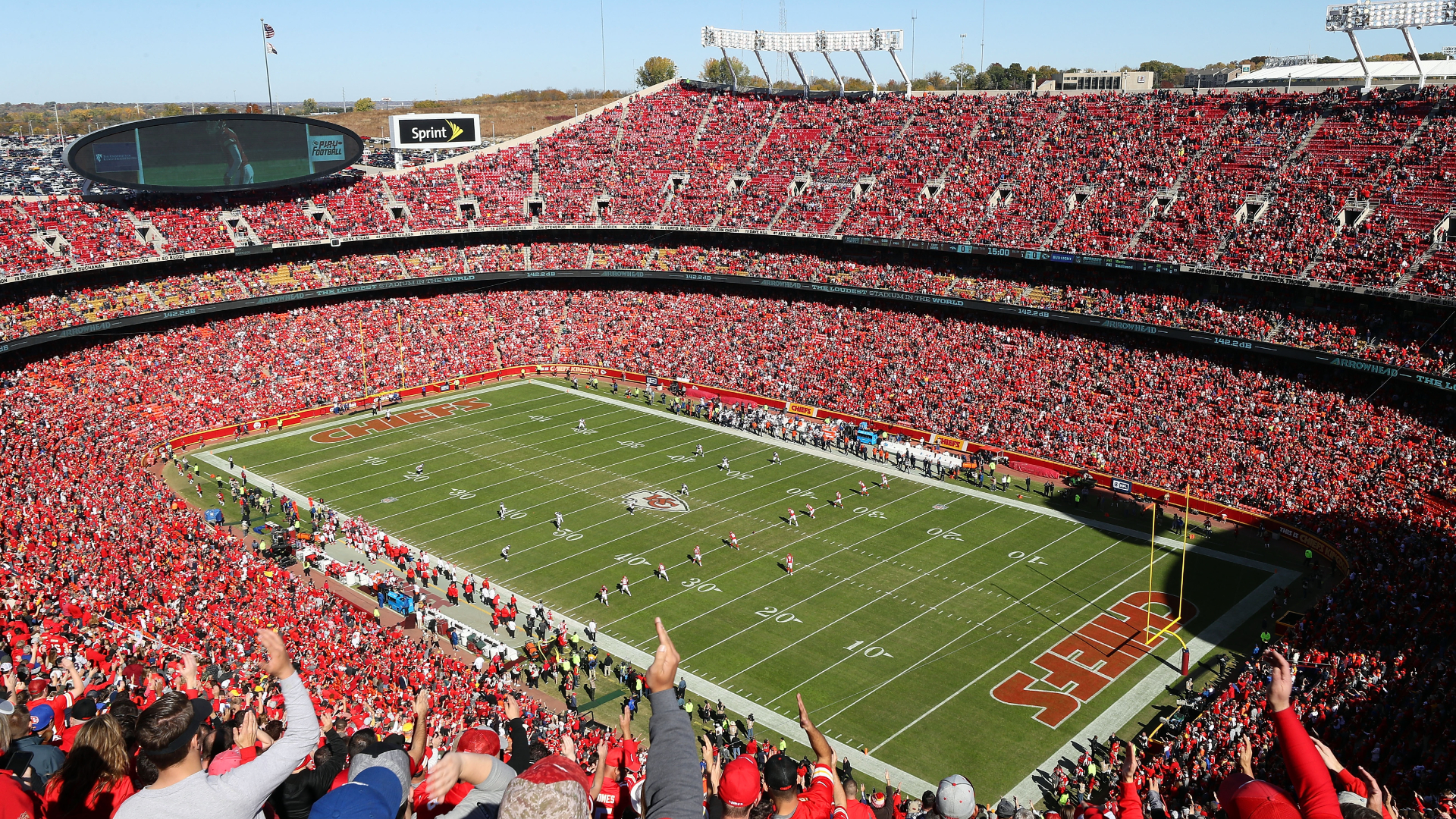 Sunday’s AFC championship game between the Chiefs and Bengals will be Joe Burrow’s first foray into Arrowhead Stadium.

Kansas City faithful will undoubtedly look to make life difficult for the Cincinnati play-caller, who has led the Bengals to their first conference championship game since the 1987 season. That is especially true considering an old Burrow quote is making the rounds on social media ahead of the game, in which the former LSU quarterback claimed it “gets way louder” in the SEC than in NFL stadiums.

MORE: Bengals vs. Chiefs picks, predictions against spread: Why Cincinnati will advance to Super Bowl 56

Naturally, it was a former Chiefs player – kicker Lawrence Tynes – who dug up Burrow’s old quote:

To be fair, Joe has never played at Arrowhead. Having said that, he is in for a rude awakening.

There is no place louder in sports and it’s not up for debate. pic.twitter.com/OKJCHlZj09

To be fair, Burrow was not referring to Arrowhead Stadium when he gave that quote. It came from an interview with NBC Sports’ Peter King following a game in which Burrow threw for a career-high 416 yards and three touchdowns in a Week 6 road win over the Ravens. King asked Burrow whether playing in the SEC prepared him for unfriendly confines in the NFL.

“We knew they were gonna be jacked up for us to come in, and expecting to beat our ass,” Burrow told King. “But we were ready for it. Playing in the SEC definitely, definitely helped. Gets way louder in the SEC than in any of these NFL stages. ”

Burrow was deferential in discussing his upcoming challenge of playing at Arrowhead Stadium. The Bengals’ second-year quarterback said during his Wednesday news conference that the team’s non-verbal communication would have to be “great.” To that end, the Bengals have attempted to recreate the crowd noise they’ll experience in Kansas City:

Security guard at Paul Brown stadium apologized for being so loud, “they’re practicing.” Bengals are trying to simulate Arrowhead crowd noise at practice- here’s what it sounds like * outside * the stadium. pic.twitter.com/xb2D8kMJaC

Whether he meant it or not: Challenge issued. Now it’s up to Chiefs fans to rise to it. With that, Sporting News breaks down Burrow’s claim – and exactly how loud Arrowhead Stadium can get.

How loud is Arrowhead Stadium?

Arrowhead Stadium has a notable reputation as being among the loudest stadiums in the NFL, if not the loudest. Indeed, Denver quarterback John Elway once asked an official to quiet the crowd at Arrowhead Stadium on Dec. 9, 1990 – a 31-20 Kansas City victory. The same happened in 1992, when officials threatened to take a Chiefs timeout if it did not quiet down in a game against the Raiders.

But what about measurable loudness? Well, Arrowhead has a claim there, too – not just in the NFL, but the entire world. It holds the Guinness world record for “loudest crowd roar” at a sports stadium, which Guinness recorded at 142.2 decibels during a 41-14 victory over the Patriots on Sept. 29, 2014. That’s comparable to the roar of a jet engine; 125 decibels is when noise begins to register as physical pain.

According to an ABC News report of the record, the Chiefs handed out ear plugs as fans entered the gates. Guinness noted that the roar occurred with roughly 8 seconds remaining in the first quarter – shortly after the Chiefs defense stopped running back Shane Vereen for no gain heading into the second quarter:

Curiously, that moment helped Arrowhead reclaim the world record: It set the previous mark the year before, on Oct. 13, 2013, when Chiefs fans produced a 137.5-decibel roar vs. the Raiders. Seahawks fans at CenturyLink Field briefly took the record later that year on Dec. 2, producing a 137.6-decibel roar vs. the Saints.

How loud are SEC stadiums?

LSU’s Tiger Stadium, where Burrow played home games for two years, has its own claim to fame when it comes to crowd noise: In 1988, a late go-ahead touchdown against rival Auburn stirred the crowd into such a frenzy that it registered as an earthquake on a seismograph at LSU’s Howe-Russell Geoscience Complex, roughly 1,000 feet from the stadium. (It’s worth noting that CenturyLink Field’s record-breaking roar was registered as a ‘minor earthquake,’ so it’s possible Tiger Stadium has reached decibels as high as the mid-130s).

But in terms of official measurables, Death Valley does not quite compare to Arrowhead. Per 247Sports, it has the third-largest measured crowd roar in college football history: 130 decibels, in a 2007 game vs. Florida and future Heisman Trophy-winning quarterback Tim Tebow.

So, there you have it: Arrowhead Stadium technically can get louder than any SEC stadium – at least as far as official measurements are concerned. But there may be more to Burrow’s claim than simply top-end crowd roars.

While Arrowhead has the most legitimate claim to being the loudest football stadium, Burrow was not necessarily talking about the loudest he has ever heard a stadium get. He could also have been talking about ambient crowd noise – the constant rumble of fans in the stands, particularly when opposing offenses take the field.

In that sense, top-end SEC stadiums have a clear advantage. Because they have higher capacities than NFL stadiums, they should theoretically be able to produce a louder ambient noise. Below are the listed capacities – in decreasing order – of the SEC venues Burrow played in during his two seasons at LSU:

To compare, Arrowhead Stadium has a listed capacity of 76,416, just ahead of Arkansas’ Donald W. Reynolds Razorback Stadium (which means it would rank ninth in the SEC). Of course, that does not take into consideration such things as architectural designs that increase crowd noise or crowd proximity to the field (such as Ben Hill Griffin Stadium), artificial noisemakers (such as Mississippi State’s cowbells) or other such factors.

Regardless, Burrow can get a direct comparison on Sunday in Kansas City. His statement – coupled with the fact the Bengals beat the Chiefs in Week 16 in Cincinnati – should bring out the loudest Chiefs faithful.

Burrow, of course, will do his best to silence them.