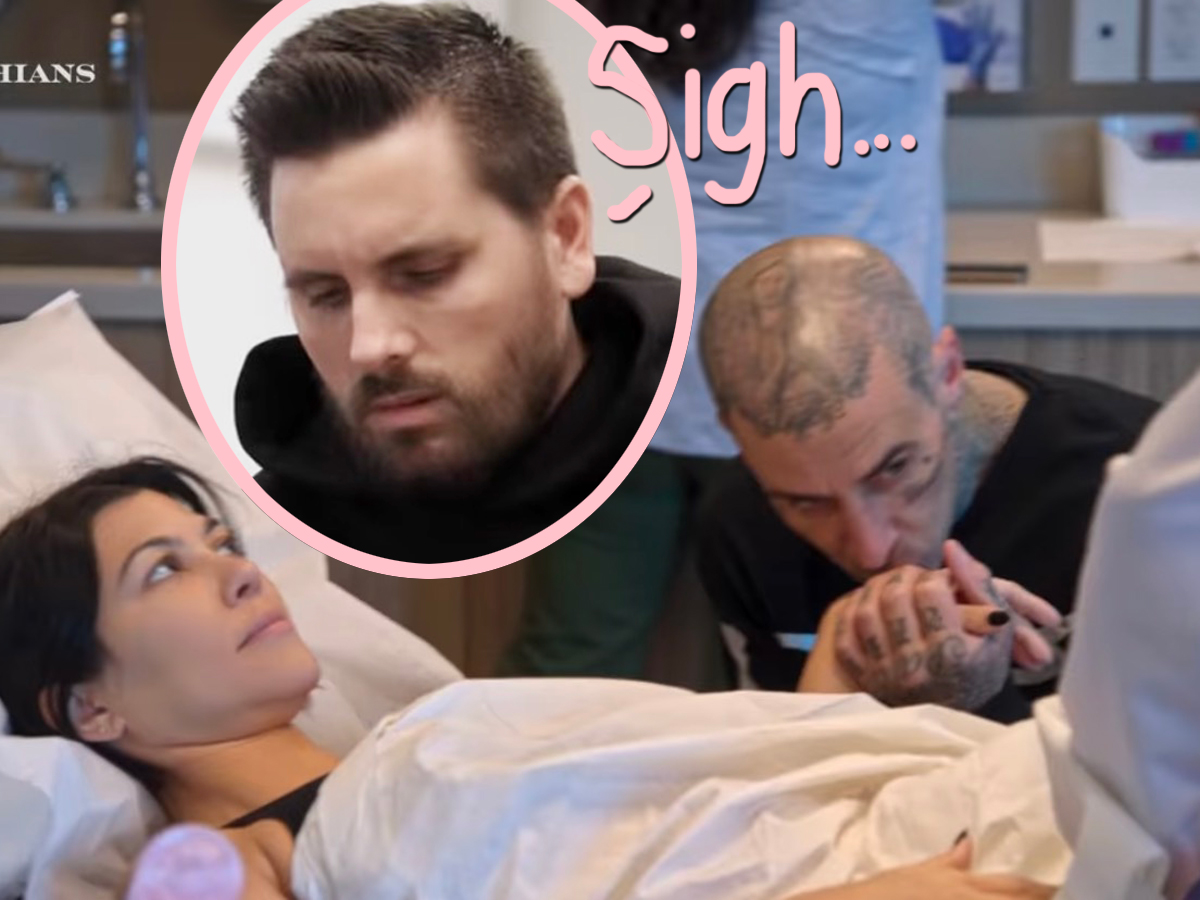 A new baby would be a bundle of joy… for everyone except Scott Disick.

Of course, there’s been no part of the Kourtney Kardashian/Travis Barker romance that Scott has enjoyed. We can not say we blame him for being bummed about the situation, but at the same time, he had a lot of chances with Kourt. He can not stand in the way of her happiness now that she’s finally moved on, but he has been a bit of a sore loser about it.

Related: Here’s How Travis Handles Scott Whenever He’s Around!

The adults have reportedly been co-parenting amicably. But the fact that the reality star and the drummer are trying to become parents together unsurprisingly does not sit well with Scott. A source told Entertainment Tonight:

Kourtney and Travis want to have a child of their own together. It’s very important – and exciting – to them. Scott does not like the idea of ​​Kourtney and Travis growing their family, but the rest of the family is very supportive. ”

Well, he does not have to like it, but hopefully he’s not making the situation any more difficult for his ex than it already is. As we’ve been reporting, the IVF journey has already been pretty hard on the 42-year-old. In a teaser for the new Kardashians Hulu series, she revealed that she was experiencing early menopause (allegedly because of the IVF drugs). Another source shared with The Sun.:

“As fans will see on the show, the IVF journey is difficult, and it involves a lot of medication and doctor’s visits. Everything is so uncertain and she wants to put her full energy into having a baby right now. ”

This insider claimed that the couple had planned on celebrating the nuptials in May:

“But as she’s now struggling with IVF and all the uncertainty she’s been forced to put the wedding plans on hold because she just feels there’s too much going on.”

We can not imagine the emotional and physical toll that this experience is taking on the Poosh founder. Luckily, the ONE source said their relationship is going smoothly in all other sectors:

Will it be so intimate that the father of her children does not make the guest list? Another source for Us Weekly speculated:

“It would definitely be awkward if Scott was at the wedding. If it’s filmed for sure, then he might be there. ”

We would not recommend inviting any ex to your wedding, TBH, especially when there’s already bad blood with your new man. But we understand reality shows need the drama, so we’ll be very interested to see if and how it all plays out on screen. We just hope Scott is able to come to terms with all these big changes before then!