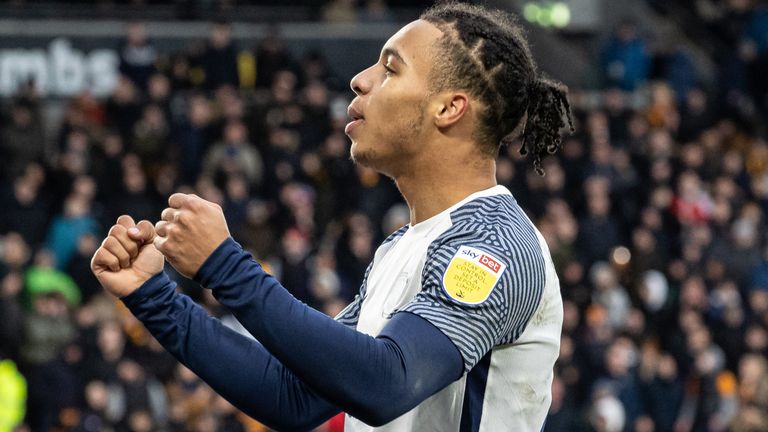 Cameron Archer hit the post in the first half before scoring at the start of the second to give the away team the lead after a cross from Ben Whiteman.

Both teams then had chances to score in the second half, with Tom Eaves getting an effort rejected for offside for Hull, but Preston held on to three crucial points in the Sky Bet Championship.

It was the home team that started strongest, and North End goalkeeper Daniel Iversen called into action after just two minutes to strike a rejected header from the line.

Greg Docherty should have scored after Preston’s goal midway through the first half, but it was then the visitors who had the better of it.

Matt Ingram – in front of the missing Nathan Baxter and playing for the first time since November – and Sean McLoughlin combined on more than one occasion to remove the ball from the line while momentum swung towards the away team.

Archer hit the post for the Lilywhites after Iversen produced one of the season’s saves to deny the impressive Eaves from sharp range.

Preston started the second half well and thought they had taken the lead in the 49th minute until the referee blew the whistle for a handball by captain Alan Browne.

North End were furious but took the lead two minutes later as Archer finished well after Whiteman crossed from deep.

The home side thought they had equalized just before the hour, but Eaves’ effort was ruled out for offside. Docherty had done tremendously well to stay on his feet before putting Eaves in, but the frontman had gone a little too early.

Hull threw everything they could against Preston in the final 15 minutes to try and save a point, but it should not be as owner Acun Illicali saw his new team lose for the first time in the league since taking over last month.