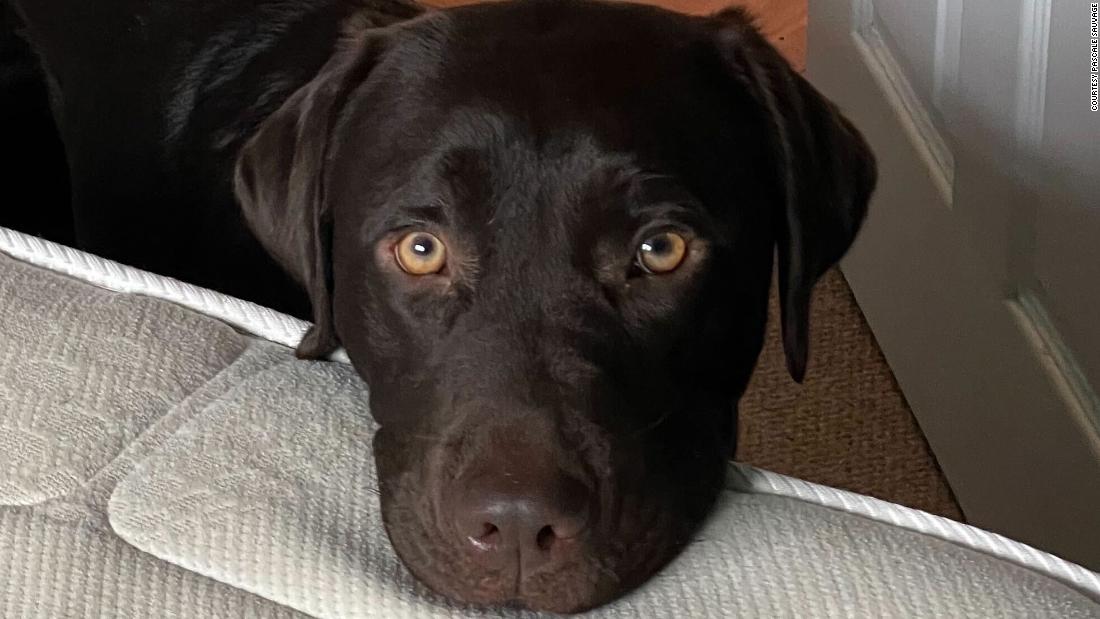 Of course you are, but do not blame your pup. A new study finds that humans are the culprit behind those irresistibly sweet peepers – in fact, we bred those doleful eyes into today’s domesticated dogs starting some 33,000 years ago.

“Dogs are unique from other mammals in their reciprocated bond with humans which can be demonstrated though mutual gaze, something we do not observe between humans and other domesticated mammals such as horses or cats,” said senior author Anne Burrows, a professor in the department of physical therapy at Rangos School of Health Sciences at Duquesne University in Pittsburgh, in a statement.

“Throughout the domestication process, humans may have bred dogs selectively based on facial expressions that were similar to their own,” Burrows said.

It turns out that dogs, when compared to their genetic cousin the wolf, have more “fast-twitch” facial muscles, Burrows said. That allows dogs to more closely mimic our expressions – or at least look at us in ways that melt our hearts.

“Over time dog muscles could have evolved to become ‘faster,’ further benefiting communication between dogs and humans,” Burrows said.

Fast-twitch fibers are in muscles all throughout the body, allowing us to make sudden, more powerful movements, such as erupting off a starting block in a race. However, fast-twitch muscles tire quickly, so we can not keep up that intensity for long.

Just as their name implies, slow-twitch muscle fibers function in a more even, leisurely way, such as enabling a runner to function in long marathons where energy needs to last.

The study, presented Tuesday at the American Association for Anatomy annual meeting in Philadelphia, examined fibers in facial muscle samples from both wolves and domesticated dogs.

Results showed wolves have a lower percentage of fast- verus slow-twitch fibers compared to today’s domesticated dogs. Having slow-twitch muscles around the eyes and face would be helpful to wolves as they howl, the researchers said, while having more fast-twitch muscles would help dogs get their owners’ attention with short, fast barks and more varied expressions.

“These differences suggest that having faster muscle fibers contributes to a dog’s ability to communicate effectively with people,” Burrows said.

Wolves also lack another ability that most dogs have, according to a previous 2019 study by Burrows and her team. That study found dogs have a muscle called the levator anguli oculi medialis, which can raise their inner “eyebrow,” thus making the eye look larger and more infantlike. A 2013 study found dogs who do that often are more likely to be adopted.

“This eyebrow movement creates the ‘puppy-dog eyes’ expression, resembling facial expressions humans make when we are sad, making them irresistible and resulting in a nurturing response from humans,” said coauthor Madisen Omstead, laboratory manager for the Rangos School of Health Sciences department of physical therapy.

“We also know that we are still unconsciously selecting these characteristics in dogs,” Omstead said, pointing to a 2013 study that showed dogs who use those expressions more frequently “were rehomed more quickly than less expressive dogs, reinforcing this type of evolutionary scenario even today. “

Another muscle, called the retractor anguli oculi lateralis muscle, pulls the outer corners of the eyelids toward the ears, in effect producing what humans would call an “eye smile.” The 2019 study found that while wolves had a bit of this muscle fiber, most domesticated dogs had a more fully developed muscle and used it frequently.

The exception to that rule is the Siberian husky, which is more closely related to wolves than many other breeds, the researchers said.

If muscles that allow your dog to smile and look sweet aren’t enough, looking into the eyes of our “best friends” also appears to trigger an “oxytocin feedback loop” between humans and our dogs – much like the one that exists between human mothers and their infants, according to researchers.