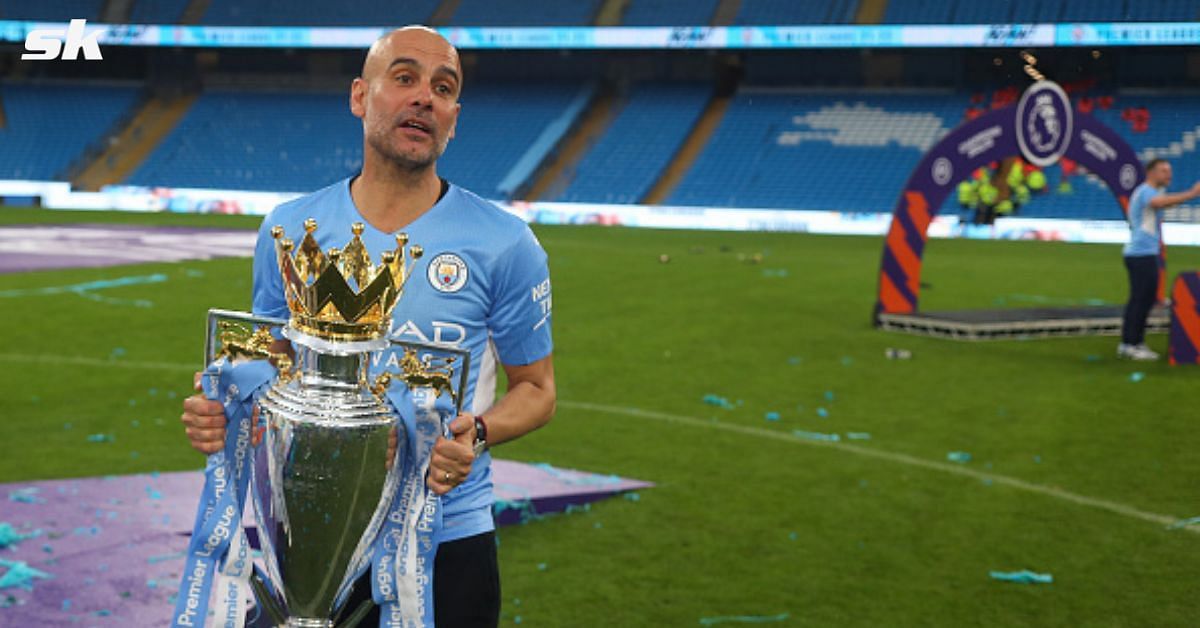 Manchester City boss Pep Guardiola has joked that he ranks Real Madrid for advice on how to pull off their incredible comeback against Aston Villa.

With Villa 2-0 up with just a quarter of an hour to go, the Premier League title appeared to be slipping from the Cityzens’ grasp.

However, a pair of Ilkay Gundogan strikes along with a goal from Rodri secured Manchester City an extraordinary win, as well as their fourth league title in five years.

Earlier in May, Guardiola’s side were on the wrong end of an amazing comeback victory. On that occasion, they threw away a two-goal lead against Spanish champions Real Madrid in injury-time, to be knocked out of the Champions League semi-finals.

Following the triumph against Steven Gerrard’s Villa, Guardiola was asked how he inspired his side to score three goals in five minutes, to which the Spaniard replied (as per City Xtra):

“I called Real Madrid and they gave me good advice!”

Had City not beaten Villa, Liverpool’s 3-1 win at Anfield over Wolves would have seen the Merseyside club steal the crown from under the Sky Blues’ noses.

Pep Guardiola on #ManCity‘s three goals in five minutes: “I called Real Madrid and they gave me good advice!” [via @TomYoungSJ]

Pep Guardiola on #ManCity‘s three goals in five minutes: “I called Real Madrid and they gave me good advice!” [via @TomYoungSJ]

The Catalonian became the first ever foreign manager to win four English league titles after their latest triumph, but was quick to heap praise on his current crop of players.

After Guardiola won his 11th trophy since arriving at the Etihad Stadium in 2016, he told BBC Sport:

“We are legends. We will be remembered. This group of players are absolutely eternal in this club. What we achieved, it is so difficult to do it. Sir Alex Ferguson with Manchester United has done it years ago – two or three times – now I realize again the magnitude of doing this. Now we are part of this. “

Guardiola also lavished praise on the mentality of his players, as he added:

“The last game is always special – a lot of emotion. Aston Villa gave everything but the first goal changed everything. We had to handle it. When you win the Premier League in this country four times in five seasons, it is because these guys are so, so special. Winning at home in front of our people is the best. The moment we equalized, we had the feeling we had the chance to score the third. It was the best atmosphere I have ever lived since I am here. “