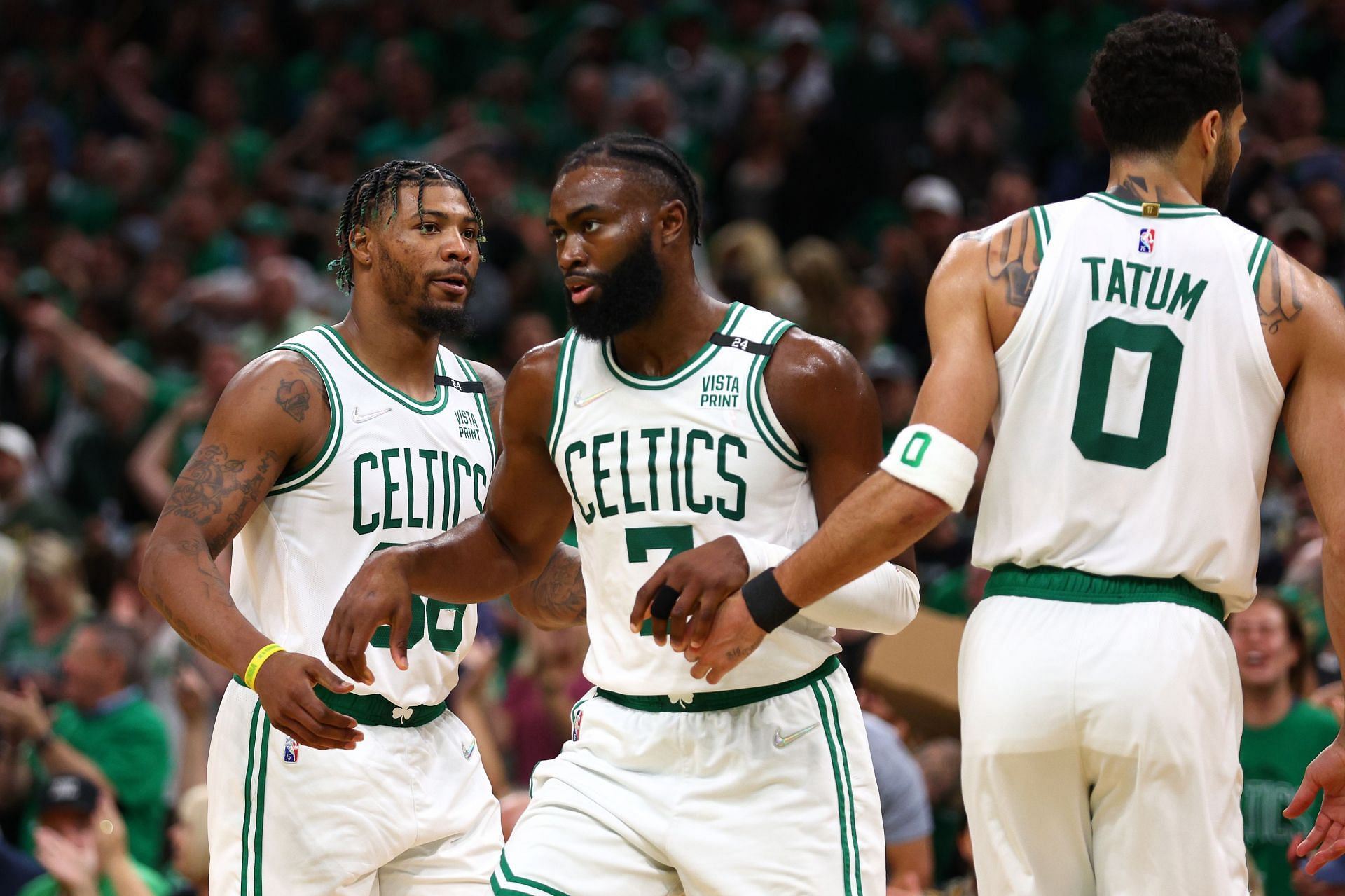 Boston Celtics star Jaylen Brown had a career night and a night that he wanted to forget. That may sound like a paradox, but that is exactly what happened to the 2021 All-Star and 2016-17 All-Rookie team member on Saturday in Game 3 of the Eastern Conference Finals.

Brown brought up a playoff career-high 40 points, going a perfect 11-of-11 from inside the arc, but still had to endure a horrid night as the Boston Celtics lost 103-109 at TD Garden.

The chief reason for Jaylen Brown’s and the Boston Celtics’ woes were turnovers. Boston committed a whopping 24 turnovers as they tried to make a comeback from a 26-point deficit (20-46) early in the second quarter. Brown was the main culprit for Boston as he matched his playoff career-high of seven turnovers in the contest. Interestingly, Brown landed his career-worst showing of seven turnovers in these very playoffs during Game 1 of the Eastern Conference semifinals against the Milwaukee Bucks.

Besides Brown, Jayson Tatum (10 points on three-of-14 shooting) had six turnovers, while reigning Defensive Player of the Year, Marcus Smart, gave up the ball on four occasions. The Miami Heat, playing without star player Jimmy Butler (knee inflammation) in the second half, benefited immensely from Boston’s poor ball-handling as they scored 33 points off their opponent’s turnovers.

The Heat’s 19 steals were one shy of the NBA record.

Brown, though, took full responsibility for his poor night as far as turnovers were concerned. He told the media following the Game 3 loss quite candidly:

“I did as ** t job taking care of the basketball tonight.”

Jaylen Brown: “I did a shit job taking care of basketball tonight.”

Jaylen Brown: “I did a shit job taking care of basketball tonight.”

Boston Celtics fans had a distinct feeling of deja vu in Game 3. Having suffered a 14-39 third-quarter meltdown in Game 1, which decisively turned the course of that contest, the Celtics conceded an 18-39 quarter to the Miami Heat in Game 3. They made just one-of-six three-point shots and committed as many as five turnovers in the first 12-minute period to start the game.

Things went from bad-to-worse for the Celtics as the Heat went on to extend their lead to 62-37 with about 1:49 left in the second quarter. And although Boston did manage to make a comeback, cutting the deficit to as little as one point (92-93) late in the fourth quarter, repeated turnovers ultimately cost the Celtics the game.

Ime Udoka: “You turn it over 24 times and gift them 33 points off that, you dig yourself into a hole. We got back, but that’s hard to overcome.”

Ime Udoka: “You turn it over 24 times and gift them 33 points off that, you dig yourself into a hole. We got back, but that’s hard to overcome.”