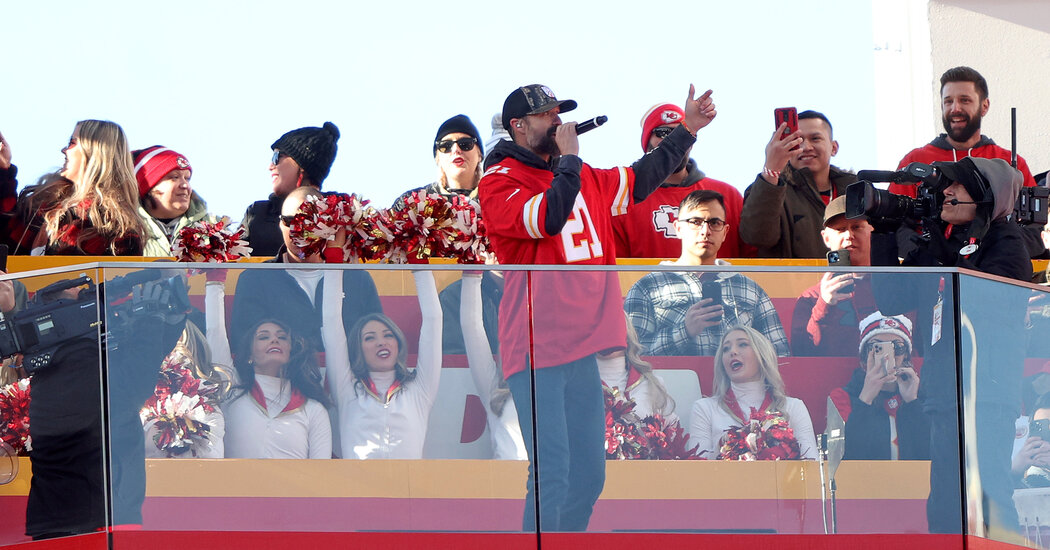 At the break of the AFC Championship on Sunday, the Kansas City Chiefs led the Cincinnati Bengals 21-10. In order for the Bengals to win, they need to make some adjustments.

But those who were hoping to listen to a half-time analysis on the CBS broadcast would hardly hear any comments. It was almost inaudible.

As the “NFL on CBS” team, consisting of James Brown, Boomer Esiason, Phil Simms, Bill Cowher and Nate Burleson, was in the process of breaking down the plays in the first half, country music singer Walker Hayes performed during the break in Arrowhead. Stadium.

Mr. Hayes’ music was so loud that it almost drowned out the halftime analysis.

Da Mr. Burleson explained what changes the Bengals were going to make, the music was so loud that his colleague next to him, Mr. Esiason, could not help but laugh.

“I have no idea what you just said,” Mr Esiason said after Mr Burleson finished his comments. “I can not hear anything that anyone has said.”

Sarah Spain, a commentator on ESPN, said on Twitter that she could not hear a word of the half-time broadcast.

“Yikes, do not think CBS realized how disruptive Walker Hayes’ half-time show would be during * their * break show,” she wrote. “More importantly: Forcing sports fans to hear MORE of Applebee’s song should be punished with a loss and elimination, Chiefs.”

Craig Miller, a sports radio host in Dallas, said further Twitter that “the sound disaster of the half” was “very entertaining”.

CBS did not immediately respond to a request for comment Sunday night.

In a dramatic overtime finish, the Bengals defeated the Chiefs, 27-24, with a battle-winning field goal that will take them to the Super Bowl to face the Los Angeles Rams. Fortunately, there was no live musical performance for the “NFL on CBS” crew and those who watched at home to interrupt any analysis after the game.