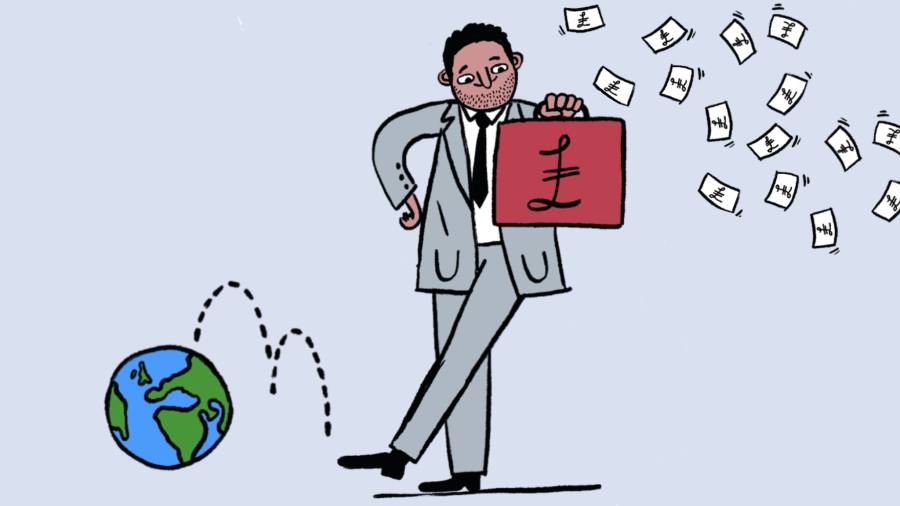 Nearly two years ago, I made a costly mistake. I’d spent some time trying to fix up my bike at a local bike co-op, when one of the volunteers told me that the chain was worn, and I should come back soon to replace it. A week later, the first lockdown began and I put the chain out of my mind. A few weeks later, it gave way beneath me and I found myself face down in a pool of my own blood.

When I wrote about my mishap, I neglected to mention the most obvious lesson: replace your bike chain at the first sign of trouble. But I am not alone in that oversight. Maintenance is not sexy.

When Stewart Brand devoted half an hour of TV to the subject – in the 1997 BBC series How Buildings Learn – he confronted the problem squarely. “People do not want to do maintenance for perfectly understandable reasons,” he declared. “There’s nothing positive about it, just expense and hassle and nothing really gained.”

Brand was speaking ironically. He knows what I learn the hard way, that there is everything to be gained from timely maintenance.

So why do we neglect it? It’s a topic of discussion every time a bridge collapses in the US; the recent Forbes Avenue Bridge collapse in Pittsburgh is part of a trend, alas.

A simple diagnosis is that politicians would rather save money now and leave their successors to deal with the consequences. (See also: pandemic preparedness; education spending; climate change.)

“I came into this game for the action,” says a gun-wielding, balaclava-wearing Harry Tuttle in Brazil. “Go anywhere, travel light, get in, get out, wherever there’s trouble.” Tuttle (Robert De Niro) is a rogue maintenance man, a heating systems engineer on the run from the authorities. The very idea is absurd, and that speaks volumes about how we view maintenance.

We understand the expertise of janitors, plumbers and mechanics, and we might mightily suffer in their absence, yet somehow we take them for granted. We take for granted, too, the most basic maintenance of all – preparing food, washing clothes, changing dirty nappies. Nobody would boast at a dinner party or on a first date about doing any of this, yet it is essential.

Maintenance is so underrated that we do not really know how much of a problem we have. In his book The Shock of The Old, David Edgerton writes, “Maintenance has lived in a twilight world, hardly visible in the formal accounts societies make of themselves. In the economic and production statistics, for example, it is invisible. ”

This is about more than breaking bridges and breaking bike chains. There is a missed opportunity here to find something rather wonderful in maintenance.

The Maintenance Race is a short audiobook by Stewart Brand about the role of maintenance in the first round-the-world yacht race in the late 1960s. One competitor, Robin Knox-Johnston, has to interrupt his hull repairs by getting out of the water, fetching a rifle and shooting a circling shark. “Sometimes maintenance means you have to shoot a shark,” Brand says, wryly.

Even on dry land, maintenance is often a varied job – more varied than manufacturing. It requires diagnosis, judgment and improvisation. We can build robots that make dishwashers, but we can not build robots that repair them. As automation closes in on a world crying out for respected, skilled and fulfilling blue-collar jobs, perhaps we should be taking maintenance more seriously.

And maintenance can build communities. Elinor Ostrom, the first woman to win a Nobel memorial prize in economics, once studied Nepalese communities before and after modern dams and irrigation systems were installed by development agencies.

There had always been a bargain between farming communities upstream and downstream: we’ll help keep the canals clear, if you help maintain the dam upstream. But the modern dams needed fewer repairs, and so the bargain fell apart, leaving the modern system less effective than the traditional irrigation. The need to maintain the old irrigation system was also helping to maintain strong relationships between villages.

A few months after my accident, I ventured out to the White Horse of Uffington, a monument in the Oxfordshire countryside that has endured for 3,000 years thanks only to tireless maintenance as villagers from miles around would assemble for “scouring” or “chalking” the horse. It’s a lot of work, but perhaps that is the point: archaeologists speculate that the horse was created and maintained as a way of bringing a community together with a regular ritual.

Perhaps that is over-romanticizing things. Whether we view maintenance as a vital ritual, a kind of meditation, or a tiresome chore, it is inescapable. Without it, everything falls apart.